Positive implication: In May, Asur's passenger traffic continued to grow in the three countries where it operates, highlighting the operations in Mexico and San Juan, Puerto Rico. We see it as positive that the recovery is taking place even faster than expected, therefore, despite the downgrading of Mexican aviation, we believe that it will continue to be important to monitor the evolution of restrictive measures in other countries - particularly from the US, which is our main tourist supplier-, which could decrease relatively soon due to the more accelerated progress in vaccination, thus favoring a better performance in the international part of the group. Thus, we remain optimistic about the recovery outlook, which incorporates solid increases in the company's results for the year. 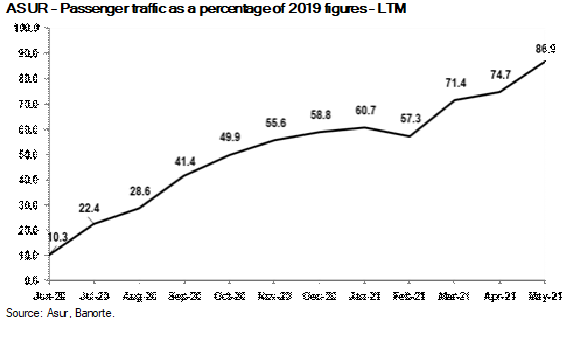