Fintech jobs cuts are up 7x on last year – here's why

In recent weeks Amazon and Meta have announced sizeable cuts to their workforces. For these profitable firms, the key driver is the economic downturn, which is putting pressure on advertising revenues and reducing appetite for the firms’ services. For Twitter, a change in ownership is driving a strategic rethink.

Although attracting less attention, US fintechs have also been shedding staff; layoffs are running at 7x last year’s level, an acceleration we had flagged earlier in the year. Key drivers include the challenging macro environment (weaker demand, higher interest rates) and tougher funding conditions; we highlight here the most affected fintech business models. Emerging market fintechs are not immune from these trends, but have been somewhat sheltered by typically less elevated valuations, and because the full impact of valuation compression on early-stage funding rounds is still to be felt. The coming shakeout is likely to drive a pick-up in M&A activity, and a greater focus on returns versus growth. China’s fintechs are already leading the way in this regard.

In the US, fintech job losses this year are 7x the run rate of the 2019-2021 period, mirroring broader tech trends. We suspect the picture in other geographies is similar. 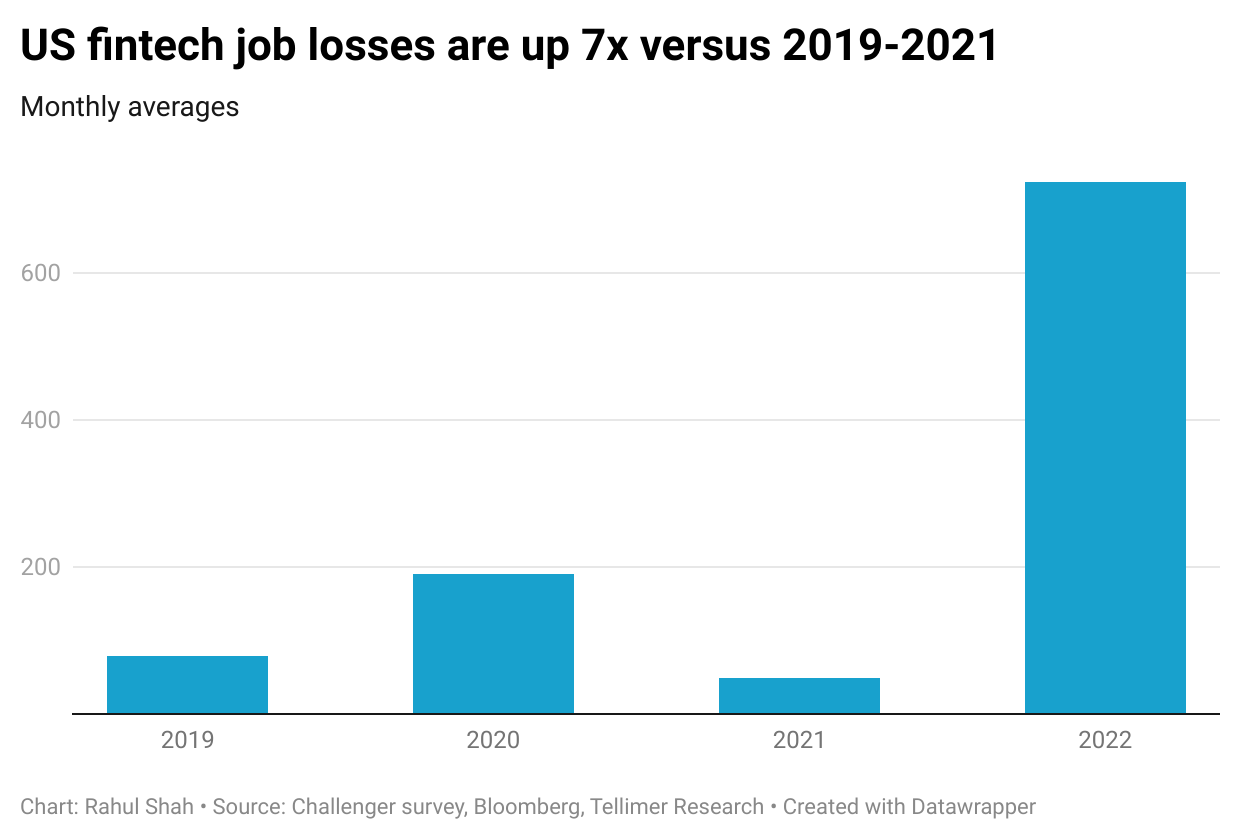 High inflation is eating into individuals’ discretionary spending power, and reducing their appetite for payments, savings or investment products, while high interest rates are reducing the affordability of credit products. We highlight below the fintech business models most likely to be affected by these headwinds. 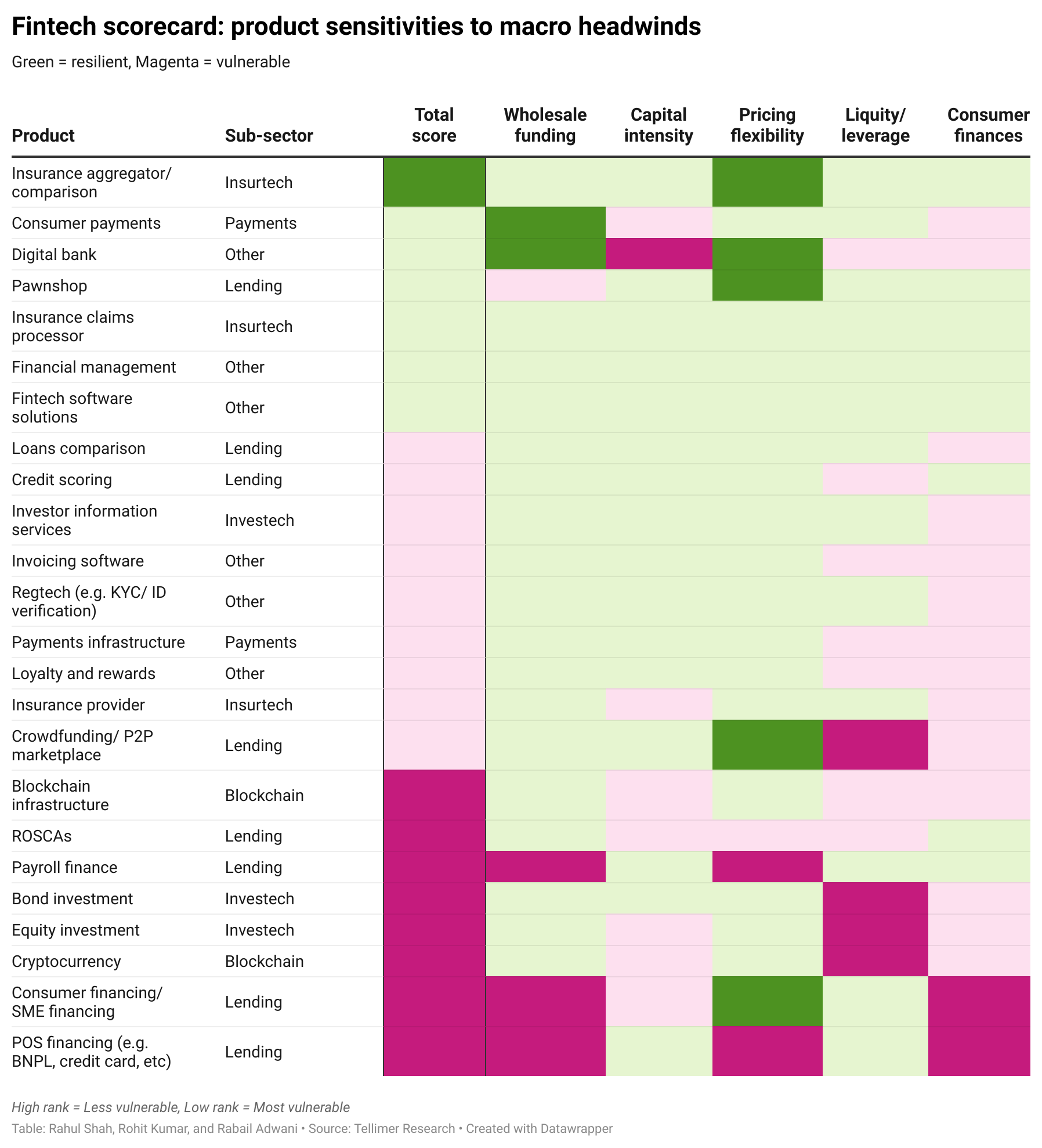 The funding environment has deteriorated markedly

The valuation of private firms has declined markedly since last year, driven by higher funding costs and a withdrawal of liquidity from the financial  system, allied to tougher growth environment for such firms. The Refinitiv Venture Capital Index, which seeks to replicate the valuation performance of US venture capital-funded firms via listed equities, has declined by around 60% since its November 2021 peak (the previous big downturn, in the early 2000s, was around 70%). 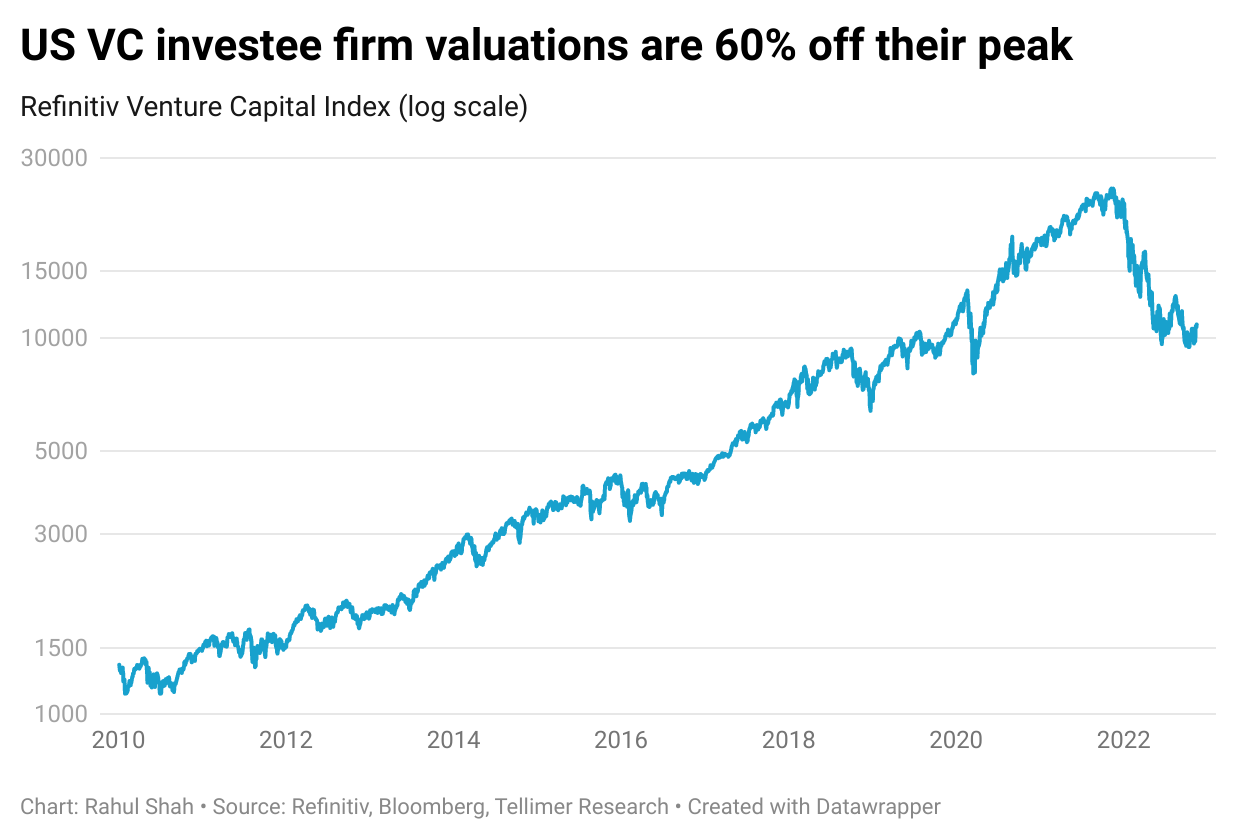 Global venture funding value was US$74.5bn in Q3 22, according to CB Insights, down from a peak of US$178bn in Q4 21. Focusing on the fintech sector, we see that global funding volumes have declined by around two-thirds since they peaked at the end of last year. 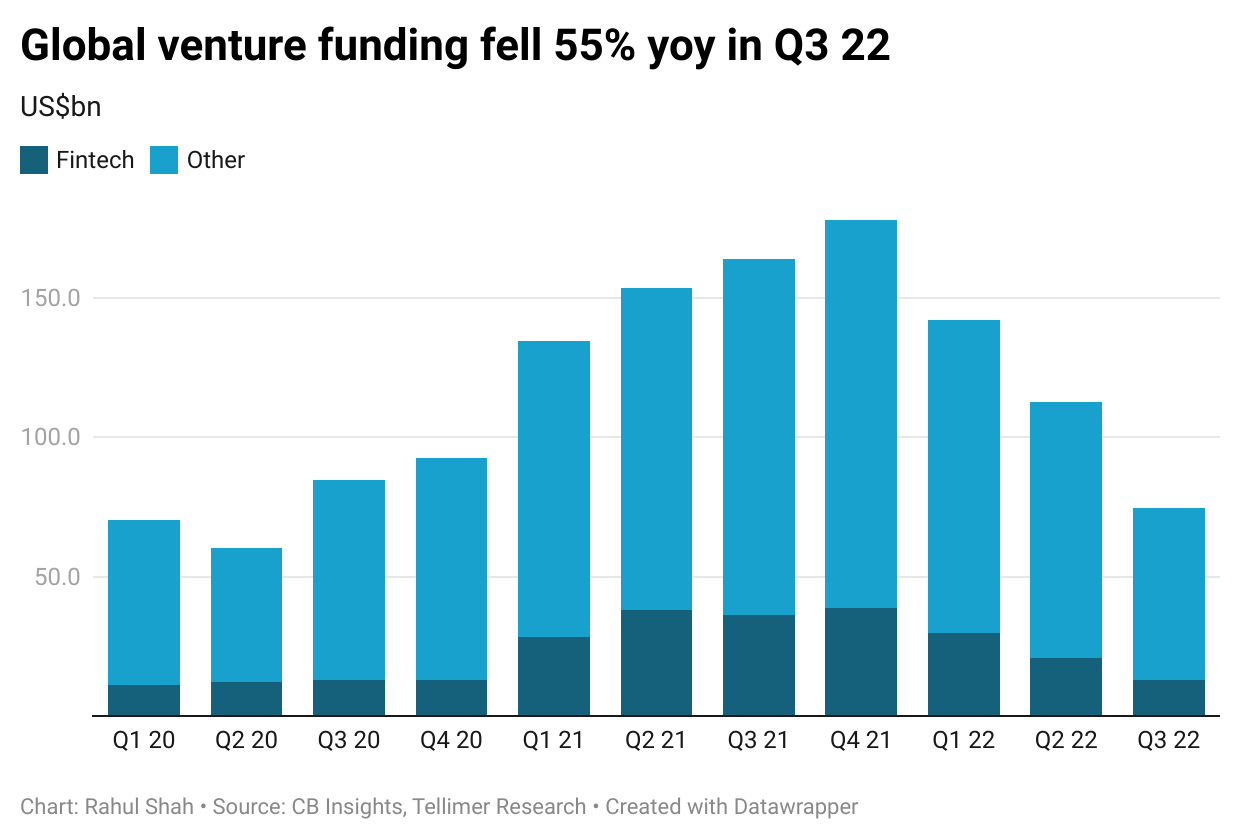 We think the drop in emerging markets may be less pronounced, partly because valuations were not as universally frothy, and also because early-stage funding rounds have yet to factor in the much more challenging IPO market conditions that are driving down the prices of later-stage firms.

More difficult funding access, allied to the more challenging operating environment, means most fintechs will need to adjust their approach. Appropriate actions could include the following: