EU-China deal follows a year of friction, prepares for Biden

The Comprehensive Agreement on Investment signed on 30 December 2020 between the EU and China – after many setbacks in negotiations which started in 2013 – removes some obstacles to bilateral investment, eg eliminating forced technology transfer for EU companies in China and making more transparent the subsidies enjoyed by Chinese state-owned enterprises, but does not address EU concerns on market access and overcapacity in sectors such as food and technology, respectively – see EU press release here.

The real significance of the agreement is its demonstration that both the EU and China are positioning themselves for the Biden administration in the US and that both are prepared to cooperate despite a year in which their relationship has been characterised by friction.

The deal follows a year often characterised by increasing tension between the EU and China:

EU leaders likely fully recognise the key role that Biden needs them to play for him to implement his pledge of a much more multilateral counter to China, compared to Trump. But they will also seek a reversal of some of Trump's policies on NATO defence spending and troop deployment, and trade tariffs. This deal with China signals an ability, albeit at the EU's usual glacial speed, to go it alone, as well as maintains its flexibility to shift back closer to the US (due to the lengthy ratification process). The EU ratification process can take a couple of years: it will have to navigate EU parliamentary criticisms that the deal does not go far enough and that such a deal is inconsistent with the EU's stated commitments on human rights in its conduct of international relations, as well as the differences in how much Chinese exports matter to the EU's biggest economies (exports to China account for 20% of Netherlands non-EU global exports, compared to 13% for France). 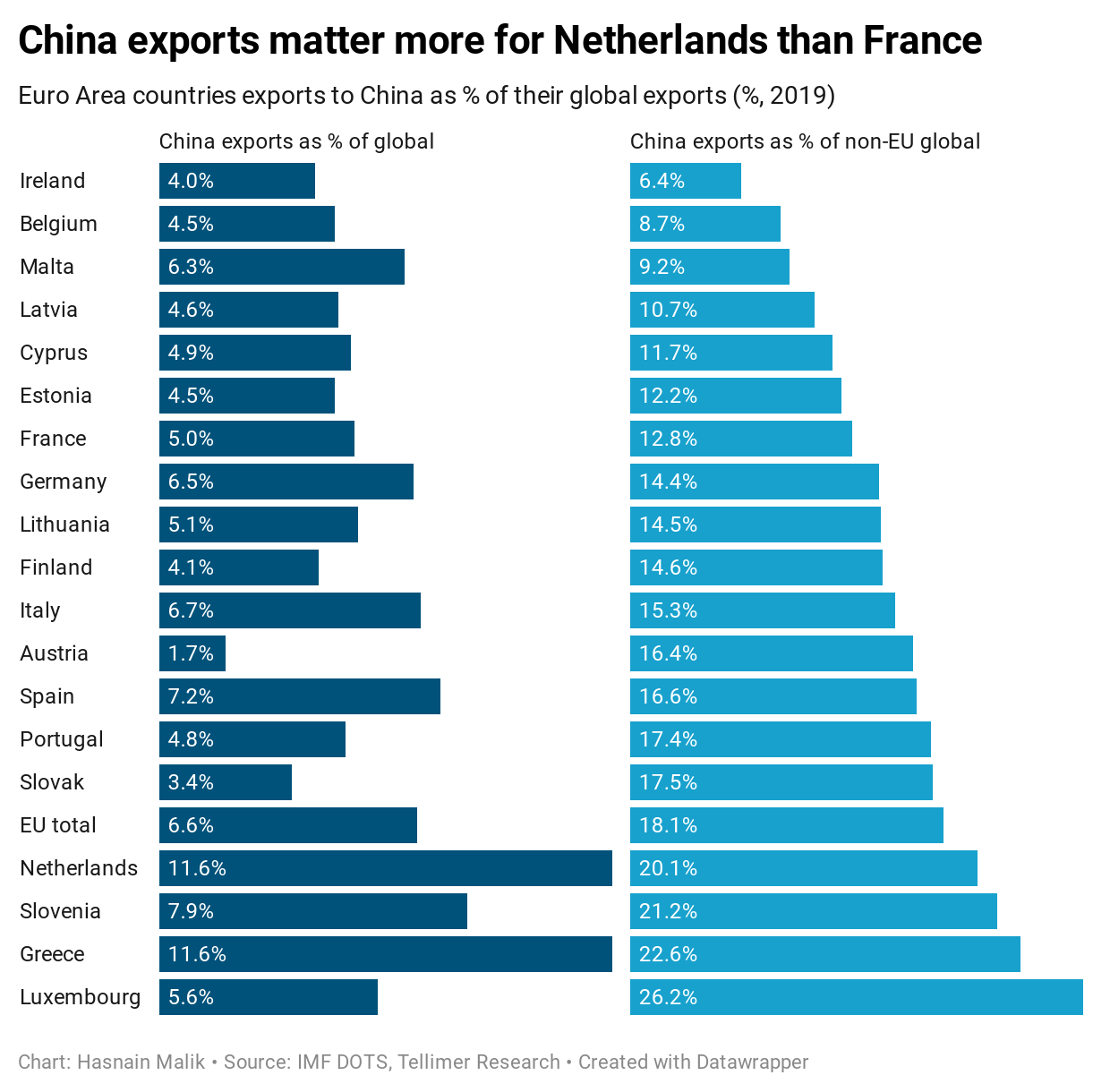 China has now concluded both the discussions on the Regional Comprehensive Economic Partnership (15th November 2020) and this EU investment treaty. Both deals give it a little more leverage with Biden. China benefits both from exploiting potential divides in any multilateral alliance Biden might muster (eg Australia, Japan, South Korea, and Vietnam, are all members of RCEP despite closer geopolitical alignment with the US) and from playing a larger global role via rules-based frameworks such as bilateral trade and investment agreements (which avoid the suspicion, misplaced or not, on the grounds of lack of transparency or recourse to rules-based arbitration which arise from the Belt and Road Initiative). 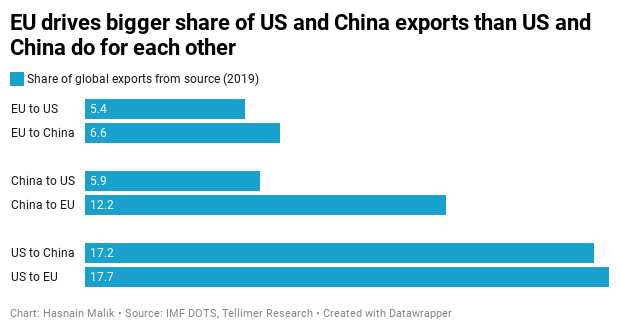