Last month I half jokingly wrote that the month of August has a history of major geopolitical events. Afghanistan's fall to the Taliban duly provided the main highlight of the month.

The feverish debate over whether the US economy is heading for reflation, sustained high inflation, or, before too long, deflation, persisted this month.

Fed Chair Powell generally stuck to the same message on the transitory nature of inflation and sustained accommodative policy but hinted, during the Jackson Hole symposium at the end of the month, at a tapering of bond purchases as soon as later this year.

A number of central banks in EM are already setting their own more contractionary course, eg Sri Lanka and South Korea became the first Asian EMs to increase rates, with a 25bp hike. 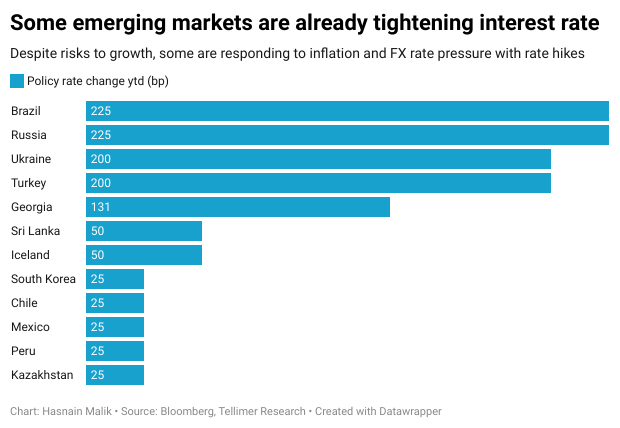 One way of measuring central bank preparedness should global inflationary pressures worsen significantly or US rates increase much quicker than expected (undermining the global "search for yield") is the real interest rate, defined as policy rate minus inflation.

The lower, or more negative, the real interest rate, the further "behind the curve" that country is in combatting existing inflation and the less attractive a "carry trade" on the currency it offers foreign investors. Policy rate hikes should global conditions (inflation and US rates) deteriorate may end up having to be significantly greater, and more damaging to growth, than in countries that start with higher, or more positive, real interest rates.

Covid struggles in EM but vaccination ramping up for some

The economic damage from Covid is undeniable and this partly offsets the pressure to withdraw policy stimulus (ie raise interest rates in the face of inflationary pressure). This was a universal experience in 2020.

The challenge for countries in EM this year and next will be how to balance infection control, re-opening, policy normalisation (without triggering capital outflows) when some of the larger markets in DM, particularly the US, recover sooner.

Faster vaccination would make this an easier task in EM and, in pockets, the vaccine rollout is picking up pace. This is particularly positive for those markets dependent on tourism, eg Mauritius, Morocco, Sri Lanka, Turkey, or where lockdowns have persisted to much economic detriment, eg Philippines. (See the separate section on valuation in Tourism markets below.) 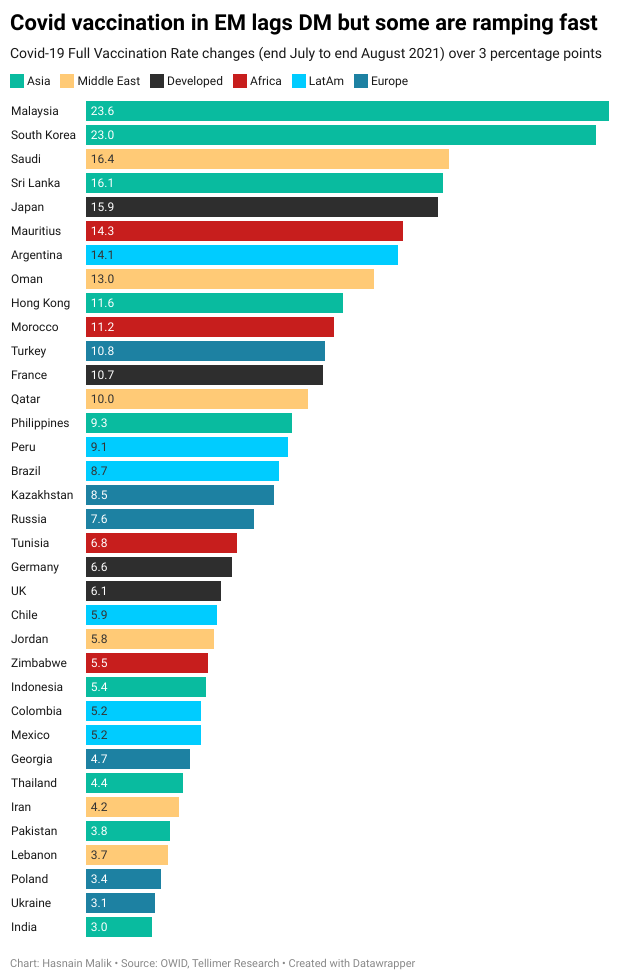 Countries such as China are already engaging publicly with the Taliban in Afghanistan. Whatever they think of the values espoused by the Taliban, the terror attack on Kabul airport by the local Islamic State affiliate IS-Khorasan reinforces that all external powers will have to work with the Taliban.

Given, firstly, that the old Afghan government did not deliver on improved security, poverty alleviation, corruption reduction, or opium output control and, secondly, that no external power has the political will to locate massive troop numbers on the ground, then the Taliban may be better than a complete breakdown where terror groups, like IS-K, Al Qaeda, Haqqani Network, and Eastern Turkistan Movement thrive.

The main global impact for emerging markets is the shift of US attention to the Asia-Pacific region.

The US withdrawal from Afghanistan is not a new signal for greater security risks for those Middle East countries which rely on US defence cover. 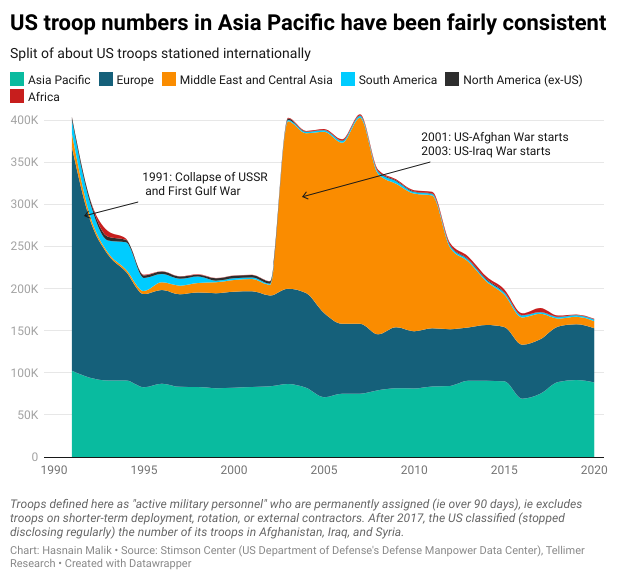 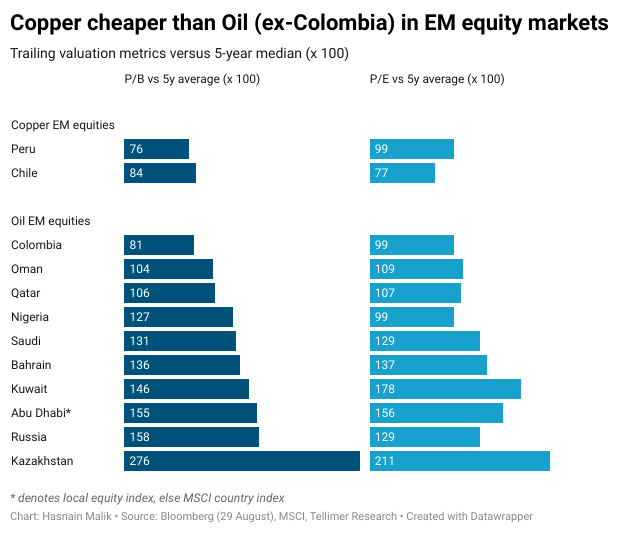 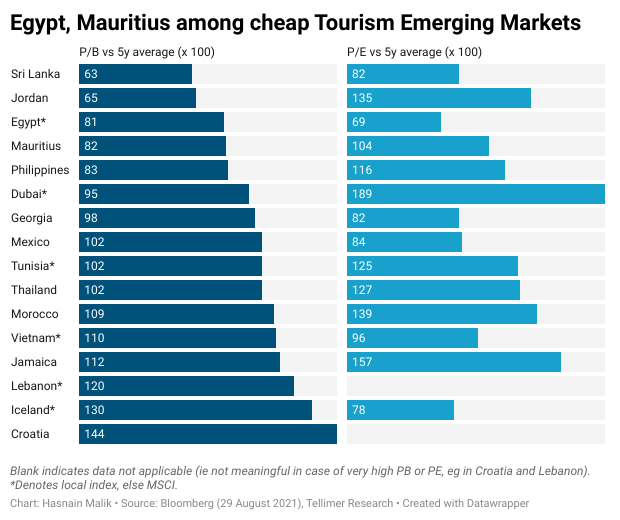 Download .pdf
Amid so much uncertainty on the biggest macro factors affecting emerging markets (EM) – the Covid pandemic, US rates and inflation, the balance of local and foreign as well passive and active flows – we recommend, in large EM, a tilt from exposure to Technology's secular growth (eg Korea-Taiwan Hardware) to the stuttering post-Covid recovery in Commodities (Brazil, Russia, Saudi) and Tourism (Thailand). Also, amid the panic about the domestic regulatory crackdown on the China Tech sector, we advocate revisiting this substantially de-rated, former darling sub-sector of EM.

So far this year, the pick-up in US yields, the slightly stronger US Dollar (at times), the prospect of stronger fiscal stimulus in developed compared to emerging markets, US-China friction, and Covid-19 second and third waves have hurt the relative performance of emerging market equities in general. But this has also made for more compellingly valued opportunities across a range of themes:

Regardless of the foreign flows into international equity funds and the increasingly absurd misrepresentation of EM countries by benchmark index providers (eg South Korea and Taiwan have per capita incomes closer to Italy than most truly EM countries but make up 28% of MSCI EM), local investors are recognising these prospects, as reflected in the pick-up in trading activity.

Of the 50 EM and FM countries we look at, the instances where policy on interest rates, fiscal spend, FX regime, or banking supervision are so poor that they fatally undermine the investment case in locally-listed equities, for most foreign funds, is limited to perhaps four – Argentina, Lebanon, Zimbabwe, and to a lesser degree, Nigeria.

Ironically, Turkey, between November 2020 and March 2021, is the most recent example of how quickly and how much those funds can reward, from a low base, a return to better policy and how, as long as capital controls are not imposed, those funds can price the risk of poor policy (ie they remain engaged). 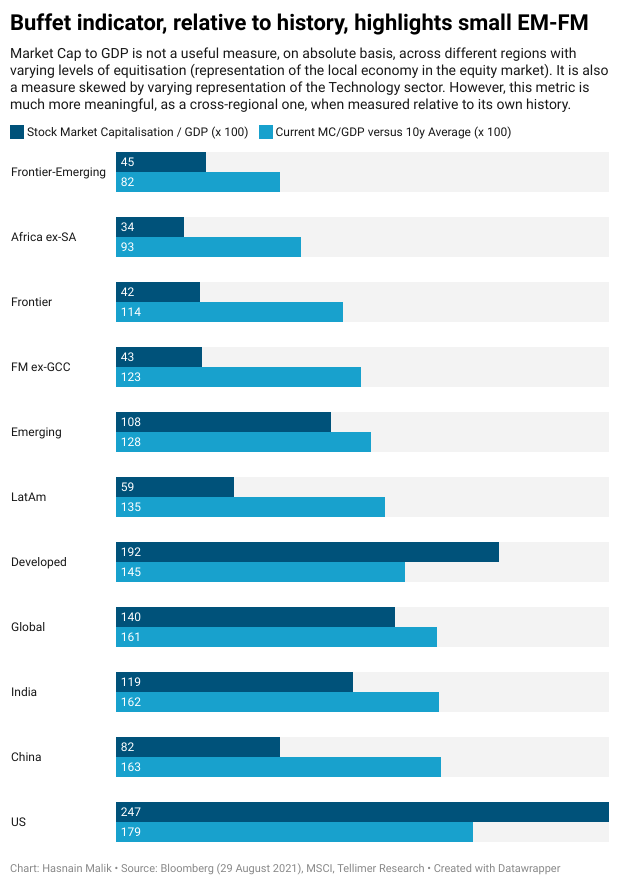 Why emerging market currencies are undervalued, according to the IMF (Curran), 7 August

Taliban go from rebel to ruler in Afghanistan, 16 August

US allies in Asia-Pacific do not need reassurance, 23 August

Malaysia's new PM is not a fix for dysfunctional politics, 23 August