Four factors pulled equity markets down this month, across the global DM and EM spectrum:

Accelerating US inflation, and across developed markets, has reinforced the impression that the US Fed is behind the curve on rate hikes quantitative tightening.

Covid lockdowns in Shanghai and across China have put another dent in growth expectations.

And corporate regulatory actions are mixed enough to suggest the crackdown has not ended, with some respite for video games companies but an anti-corruption investigation into the recently removed CEO of China Merchants Bank.

Indications of government stimulus, eg President Xi's urge to reinvigorate infrastructure investment, has arrested some of the decline in asset prices but not decisively so.

The Russia-Ukraine War grinds on with no sign of a negotiated settlement as Russia pursues slow and bloody territorial gains and has upped the ante on EU gas exports by suspending supply to Poland and Bulgaria (for failure to pay in Rubles, which would contravene EU sanctions on Russia's banks).

Food commodity prices continue to roar ahead, with the UN FAO Food index reaching an all-time high: up 13% mom in March (versus up 4% in Feb), up 34% yoy, and up 75% from May 2020 trough. However, crude oil prices moderated (down 4%) on China growth concerns.

With the exception of Saudi and the GCC, with their pegged currencies, the large commodity exporters in EM were overwhelmed by the currency weakness seen across EM (eg FX rate down 5.5% in Brazil and 8.5% in South Africa).

The US lead for the global tech sector valuation and performance has been very weak this month.

Worse than expected results from Netflix (down 49%) acted as a reminder of the risks on some tech business models to creating sustainable revenue (customer retention) and cash flow (continuous product development costs) amid greater competition.

The fall in Tesla (down 17%) was partly due to the perceived distraction ahead for its founder Elon Musk, in a reminder of the key person risk inherent in most relatively young tech companies.

Opportunity or harbinger of worse to come?

The key question is whether this weakness in EM equities is an opportunity or a harbinger of much worse to come? Obviously, we cannot answer that definitively.

The only guides for us remain a combination of equity market valuation and liquidity, short and long-term macroeconomic growth prospects, economic policy credibility, and currency risk.

These are all key components of the customisable Tellimer EM Country Index launched this month, which also incorporates sanctions exposure, and longer-term ESG and climate risk factors.

Despite the decline in EM this month, our top-down strategy view remains one grounded in active country selection over passive index-tracking, and exposure to a mix of manufacturing, tourism and tech where this is cheap relative to history. That is because we try to strike a balance between short and long term, with a value bias. 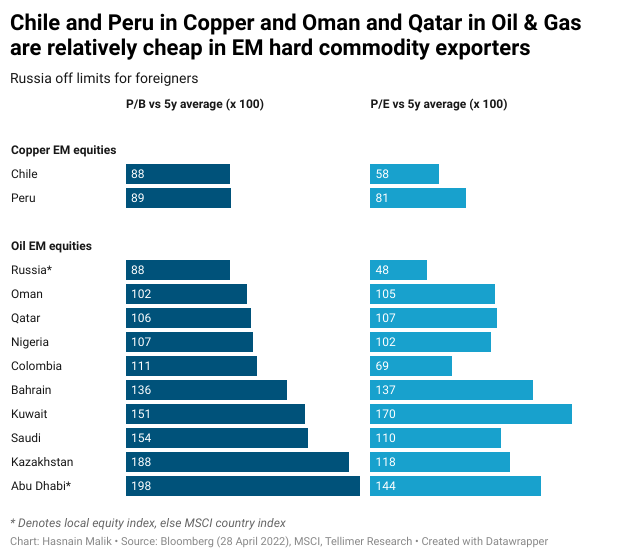 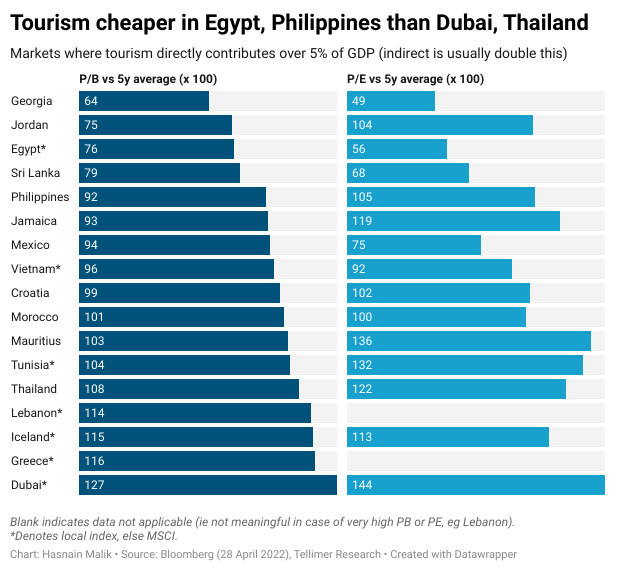 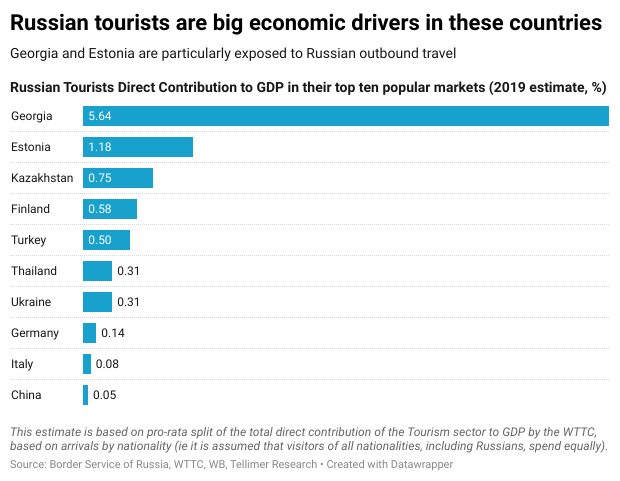 The 2022 global backdrop is featuring the following.

China, Saudi Arabia and Vietnam are among the highest-ranked out of around 50 emerging equity markets in our new Tellimer EM Country Index.

Brazil, South Africa and Russia among large EM equities and Egypt, Nigeria, Pakistan and Turkey among small EM equities are among the lowly ranked.

Because trading liquidity is a part of the equity component, and China is much more deeply traded than all other EM, this has a major bearing on China's score. If China and the US were only as liquid as Taiwan, for example, then their scores would drop from 145 and 143 to 76 and 45, respectively.

Lack of EU-Russia gas sanctions makes it hard to corral India and others, 6 Apr

A new index for ranking the investability of emerging markets, 23 Apr

Only minor Q1 outflows despite the negative consensus on EM, 10 Apr

US Treasuries near 3% (Culverhouse), 20 April

What rising US rates mean for EM assets (Curran), 6 Apr

Pakistan: Imran is out as old parties prevail, for now, 10 Apr

Hungary: Orban's big win is unexpected and means more of the same, 4 Apr

Impact of the Russia-Ukraine war on Eastern Europe (Culverhouse), 3 Apr