5 May 2022
Published by
Tellimer Research

EM hard currency sovereign bond issuance fell 37% mom in April, to US$6.7bn, based on our calculations using data from Bond Radar, its lowest monthly amount this year, as the threat of higher global interest rates and the ongoing war in Ukraine continued to weigh on the primary market. Thus, the subdued start to the year continued.

Ten-year US bond yields approached 3% by the end of the month, after only breaching 2% just some six weeks before – and subsequently hit 3% in intra-day trading at the beginning of May. The Fed's FOMC, as expected, increased its policy rate by 50bps on 4 May, with more rate hikes to come. 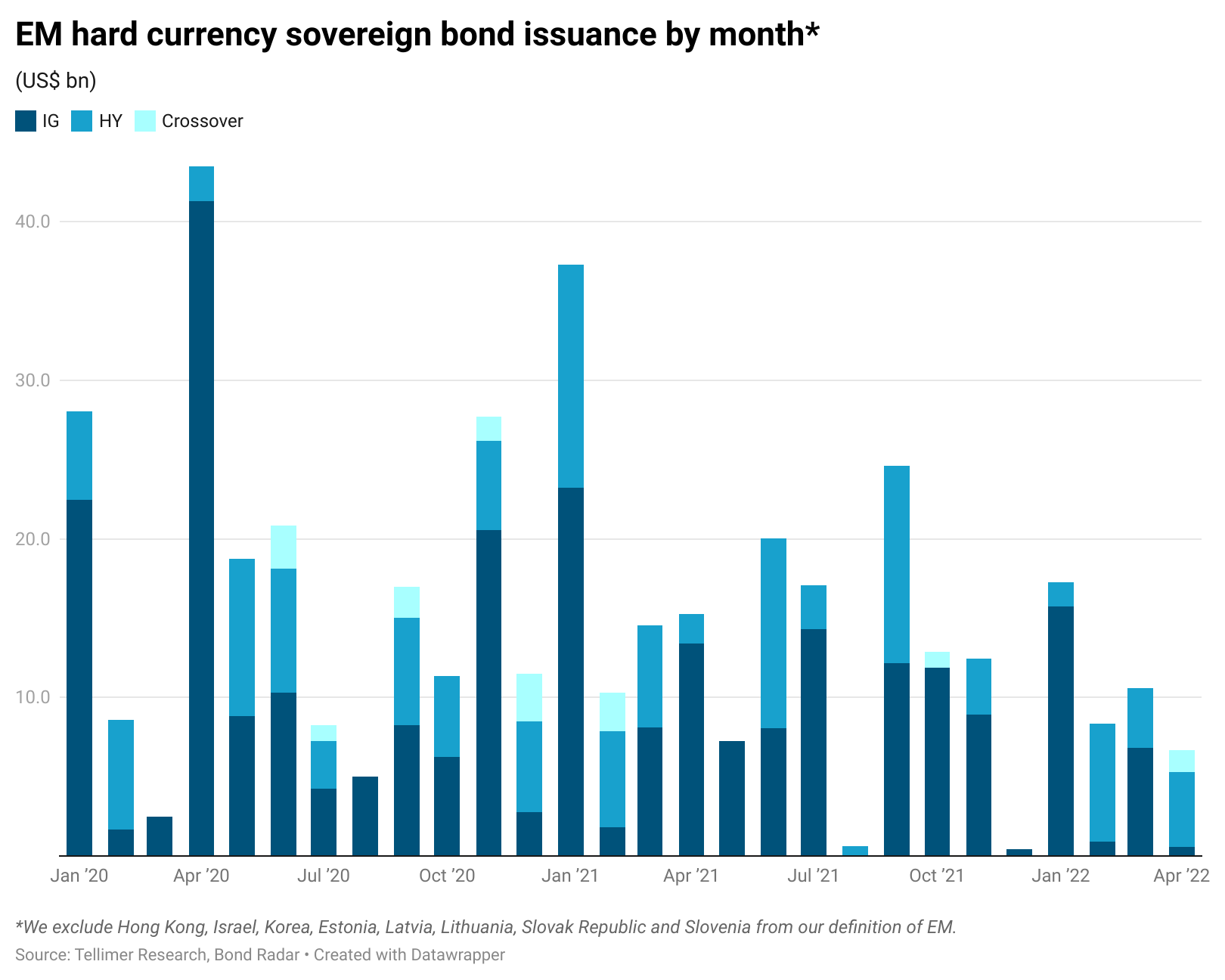 Moreover, what little issuance we did see came over the first part of the month and there were only four deals (Angola, Croatia, Philippines and South Africa). The last deal was Croatia on 13 April. There was no issuance in the remaining two and half weeks of the month.

Within overall issuance in April, investment grade (IG) almost ground to a halt, accounting for just 8% of the total (comprising just one multi-tranche Japanese yen deal from the Philippines). High yield (HY) accounted for the bulk of issuance (71%), with crossover (a single Croatia EUR deal) accounting for the remaining 20%.

Within HY issuance, there were just two deals – South Africa and Angola. South Africa (Ba2/BB-/BB-) issued US$3bn in a dual-tranche offer for a ten-year and 30-year. The highlight of the month for frontier investors was however Angola's deal – until South Africa, it was at the time only the second Sub Sahara Africa issuance this year.

The deal saw a 15bps new issue premium according to Bond Radar (we wonder whether they had to pay up even more, given the flatness of the UST curve at the 7-10yr tenor). Demand was over US$4bn. However, whilst the deal may have seemed a trifle expensive at the time, and we wonder whether Angola could have waited (or needed to issue at all when it did), the bonds have since fallen six points, with the yield rising to 9.6%. Perhaps they were wise to go early after all!

These deals mean that there have now been five HY deals since Russia's invasion of Ukraine (in order of coming to market: Nigeria, Turkey, Egypt, Angola and South Africa).

However, challenging market conditions may continue to dent issuance plans for some going forward. Nigeria did say it plans to issue a second eurobond this year, possibly now this month. Kenya, on the other hand, said towards the end of April that it might cancel its plan to sell a US$1bn eurobond by the end of June. Meanwhile, El Salvador's bitcoin bond has still not materialised.

As a result, the monthly return on the Bloomberg EM Aggregate Index was -4.3% in April (-4.1% on the HY constituent), marking four consecutive months of negative returns this year. 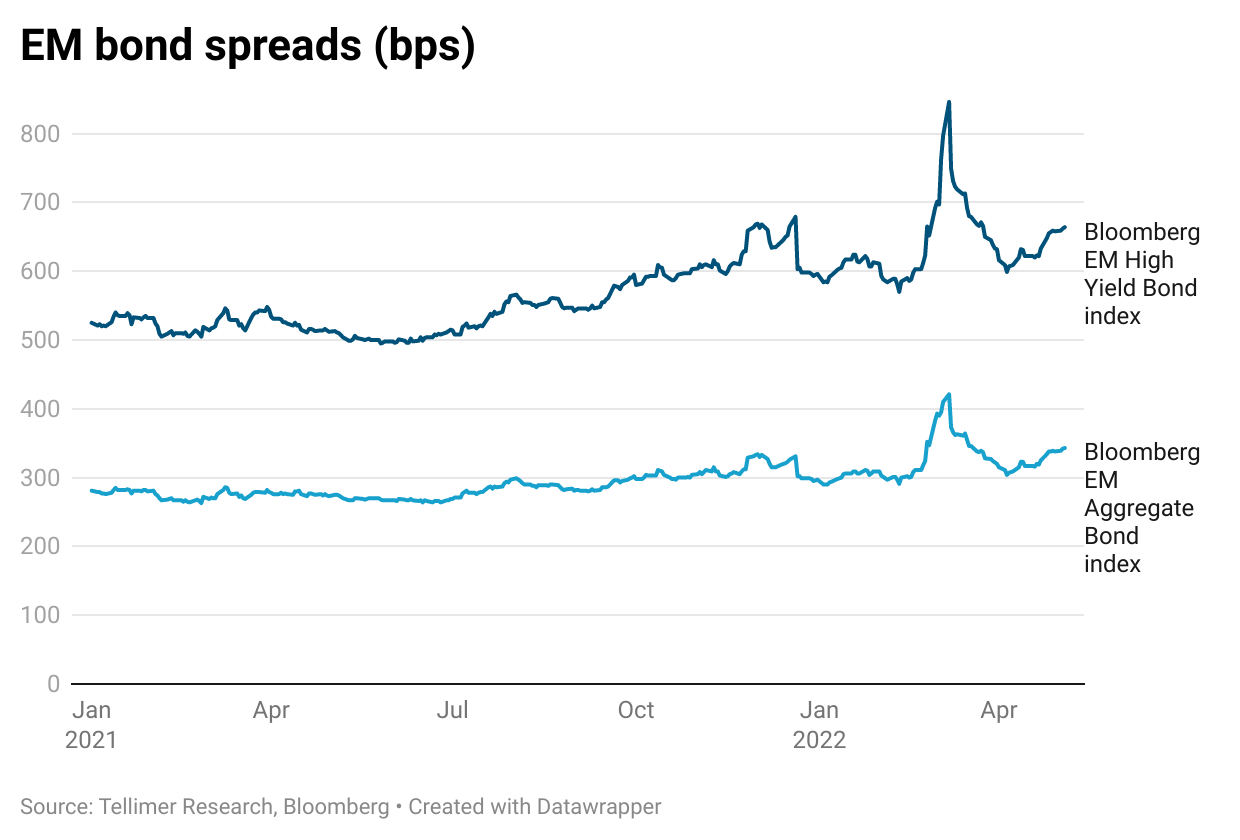