El Salvador announced plans for a partial buyback of certain of its foreign bonds yesterday, the 7.75% 2023s and 5.875% 2025s, in an effort to stave off default and save some money. The two bonds have a combined amount outstanding of US$1.7bn nominal – comprising US$800mn of the '23s, which mature in January, and US$800mn of the '25s (plus another US$113mn in a different series) – although distressed prices mean their market value is much lower. Crucially, the buyback will take place at market prices at the time, according to President Bukele.

El Salvador bonds rallied across the curve on the news, with the '23s and '25s seeing the biggest gains on the day. The '23s jumped 10pts, from US$76 to US$86 (and are up 20pts over the past two weeks), while the '25s rose by even more, up 15pts from US$36 to US$51 (and have nearly doubled in price over the last two weeks), on an indicative mid-price basis on Bloomberg (based on closing prices), although it is not clear how much traded and in what size. The belly and long end of the curve was up 3.5-6pts. 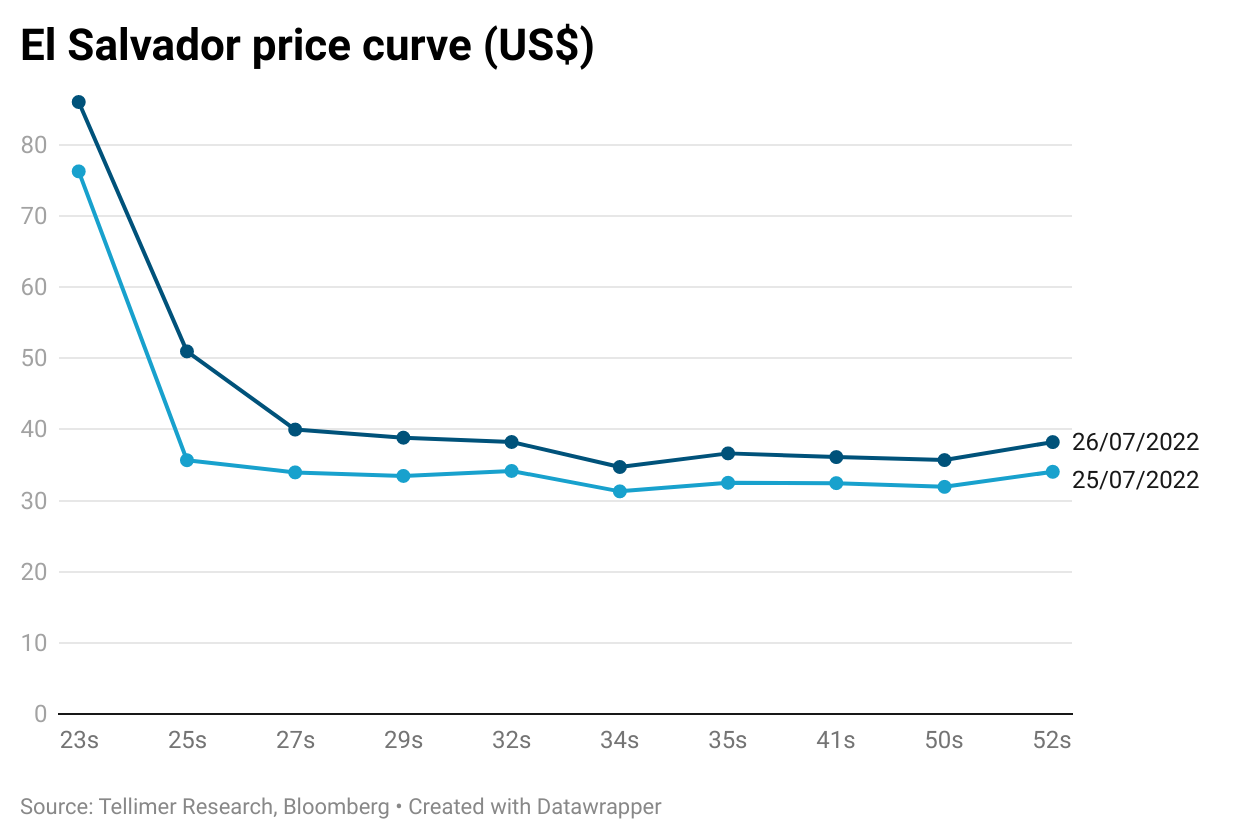 The news comes after the failure to launch the planned US$1bn "Bitcoin bond", whose proceeds could have been used to repay the looming 2023 maturity, left the country with limited alternatives. The bonds have continued to struggle as a result, in the shadow of default, while economic prospects diminish.

However, details on the buyback are scant. President Bukele said two bills had been sent to Congress, where his party holds a two-thirds majority, to facilitate a “transparent, public and voluntary” purchase, according to media reports. The transaction is expected to start in six weeks. Proceeds would come from El Salvador's SDR general allocation, multilateral funding and a local bond issue (issued to the central bank).

Moreover, the size of the buyback is not yet known. Media reporting suggests the government is talking about all the bonds, although we doubt it has the resources for this, while observers say it will be cUS$500mn-600mn in size (which may only be enough to retire most of, but not all, the '23s, depending on the price; for instance, we think US$600mn cash consideration would have been enough to purchase nearly US$790mn nominal of the '23s at a pre-announcement price of US$76, but it would be lower now given bond prices have risen). Nor is the proposed allocation across the two bonds known. We presume it would make sense to take out as much of the '23s as possible, being the more pressing maturity, although a partial buyback of the '25s would save some two years' interest (at 5.875%).

We maintain our Hold on El Salvador bonds, with the 2032s indicated at US$38.2 (yield 26%) as of cob 26 July on Bloomberg (mid-price basis), although we recognise they have fallen substantially (-35%) since we last reiterated our Hold in January. 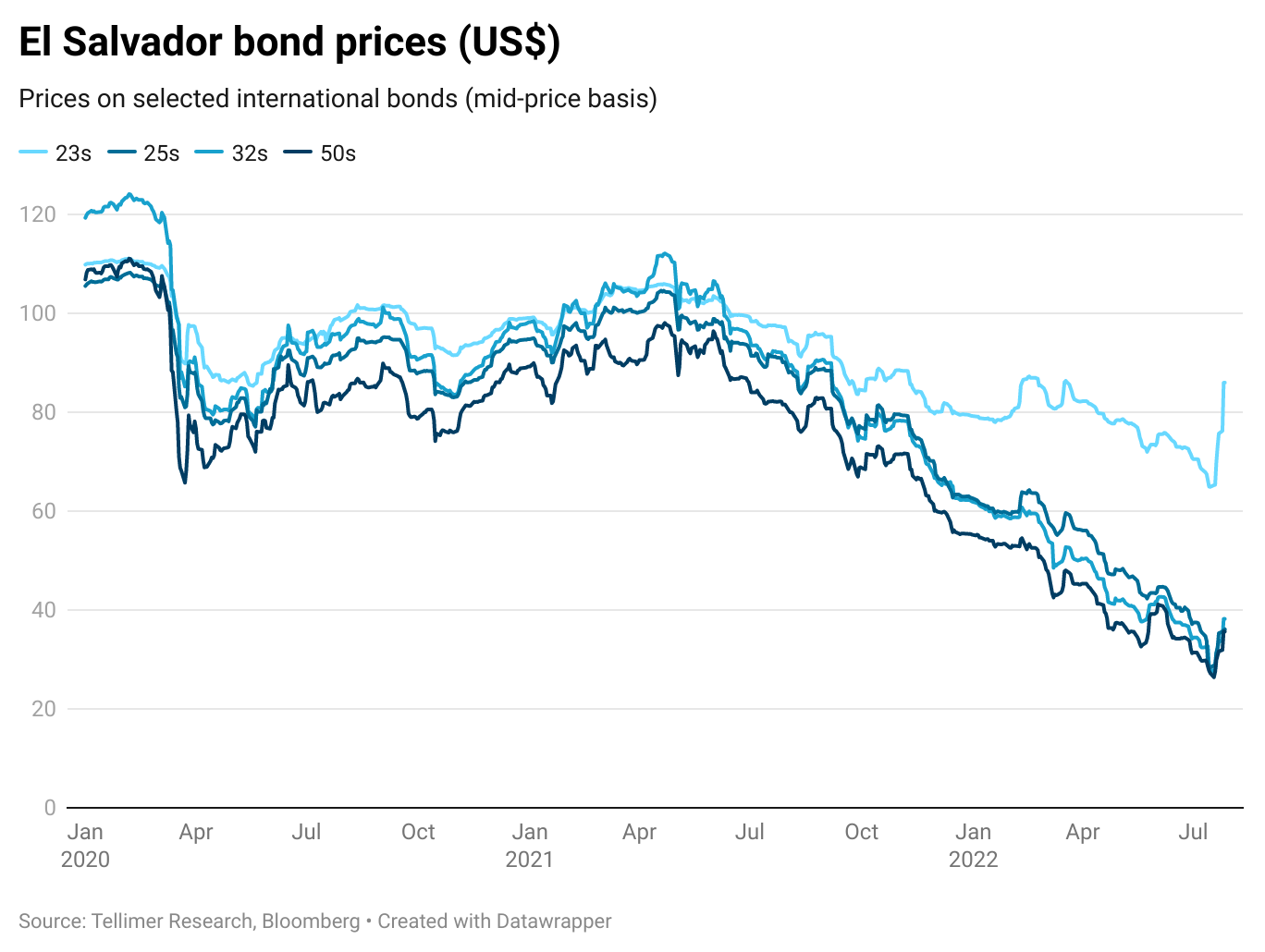