Egypt: Upgrade to Buy after selloff

As we highlighted recently, Egyptian credit has been a major underperformer in the recent EM selloff. Since mid-September, the Egypt EMBI index is down 6.7% in total return terms versus 4.7% for EMBI Africa and 2.7% for EMBI Global. The selloff has been surpassed only by Argentina and Tunisia and just barely exceeds Ethiopia, Paraguay, and Sri Lanka, most of which are experiencing idiosyncratic crises and a worsening macro backdrop (see here for Tunisia, here for Ethiopia, and here for Sri Lanka). 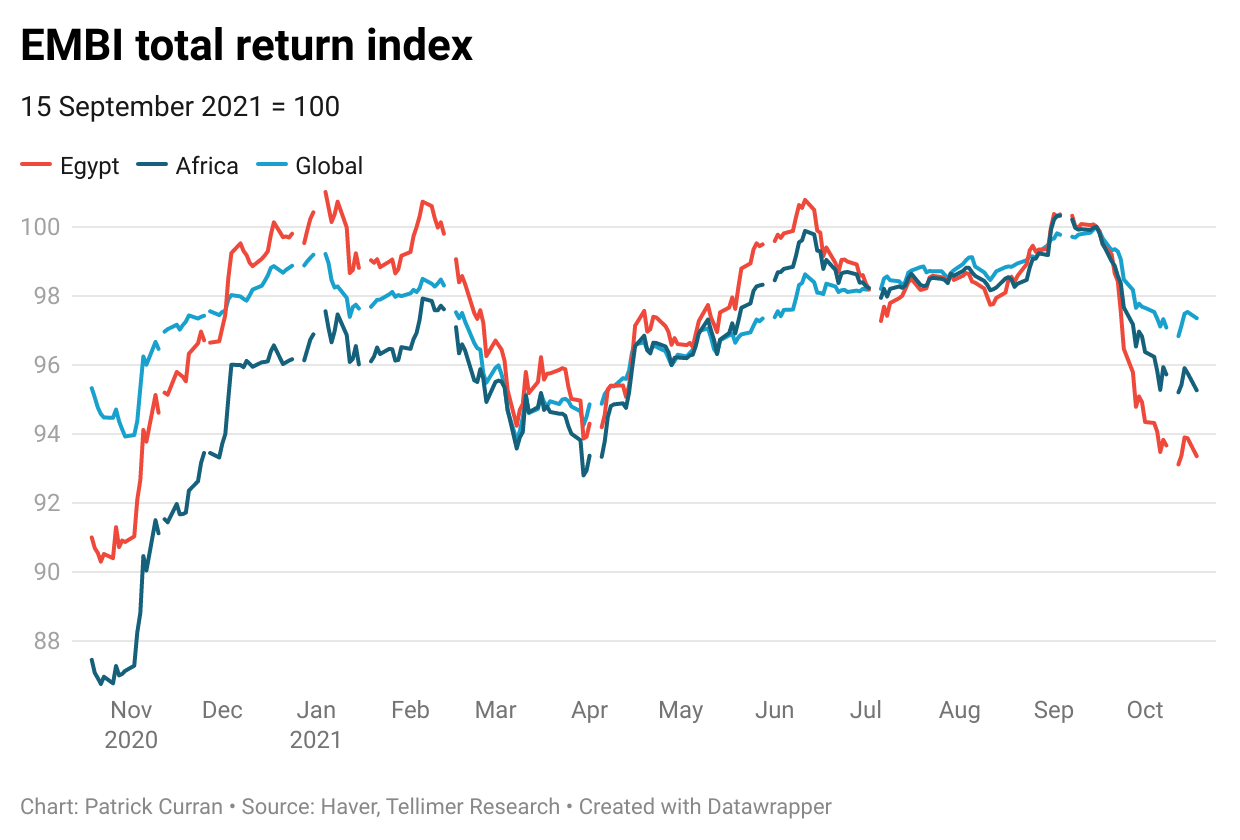 This is despite a relatively stable macro backdrop for Egypt, with solid performance during its Stand-By Arrangement (SBA) with the IMF, which ended in June and largely delivered on its objectives.

Growth has surprised to the upside, inflation remains subdued, and the primary surplus came in higher than expected in FY 20/21. The medium-term outlook is also promising, with the updated IMF WEO forecasting robust growth and fiscal discipline to bring debt below 75% of GDP over the next five years. 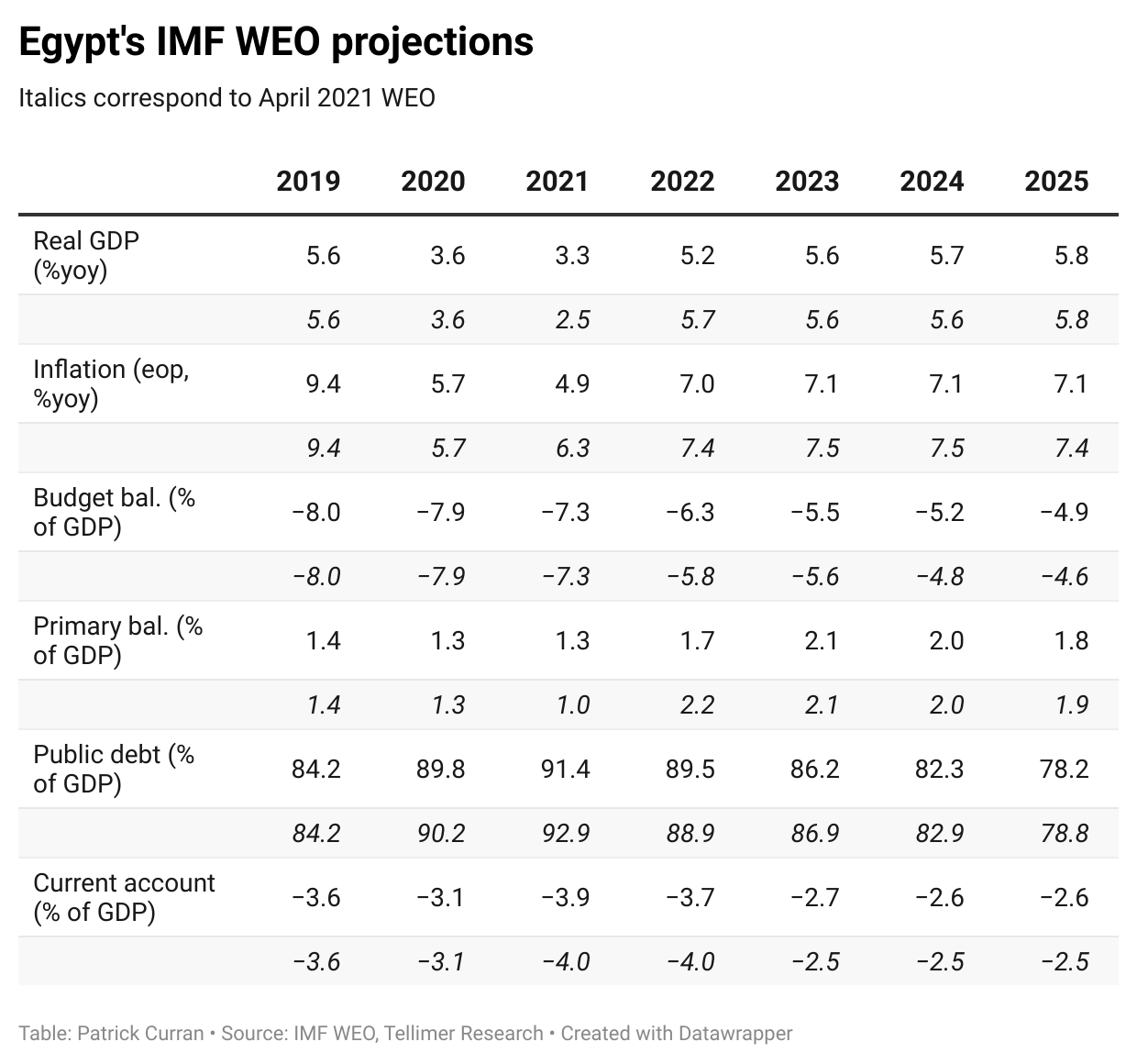 Despite such positive performance, investors’ attitudes towards Egypt have turned notably cautious on the back of large non-resident holdings of domestic debt, with the Egyptian carry trade emerging as a clear consensus trade over the past year. Foreigners now hold nearly US$24bn (24%) of outstanding T-bills, making Egypt especially vulnerable to capital outflows if the EM risk backdrop deteriorates or tighter monetary policy in the US leads to another taper tantrum. 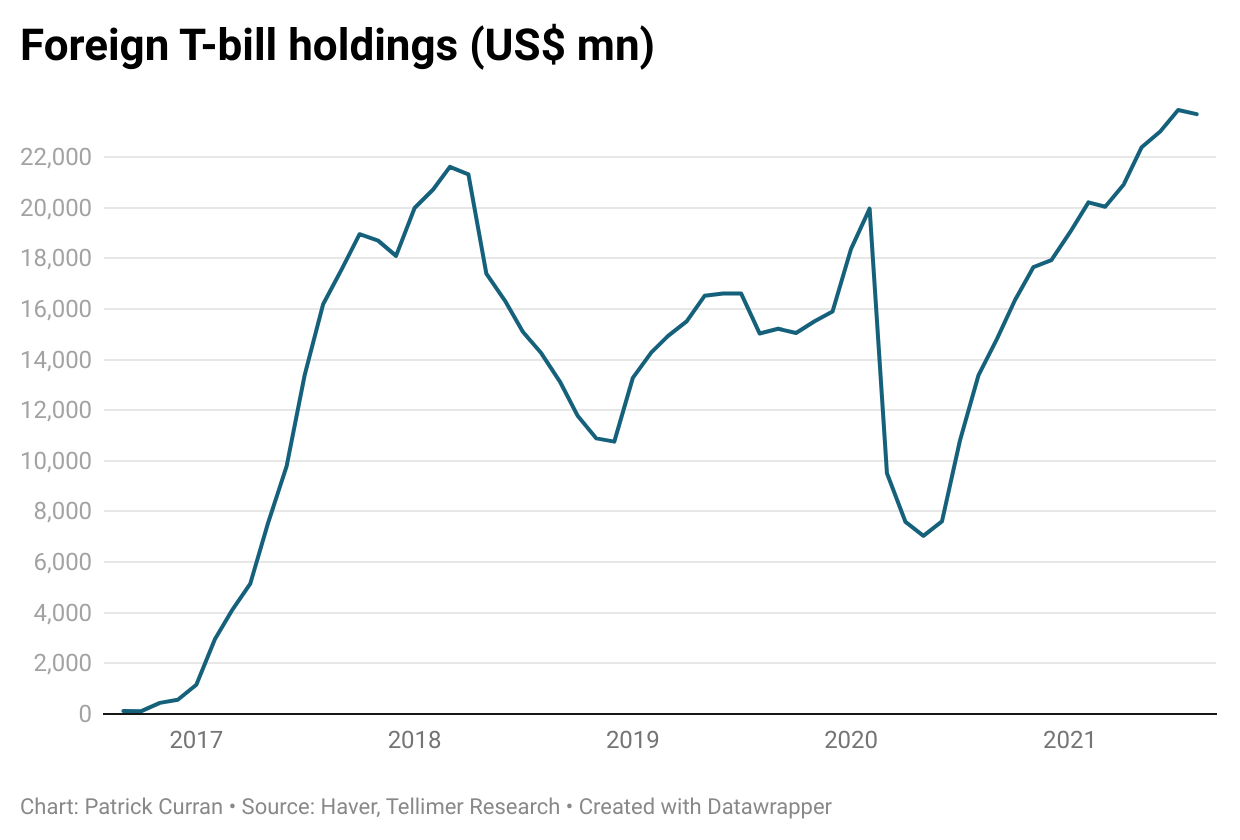 Alongside limited progress on vaccinations, rising imports and persistently high fiscal financing needs, Egypt will remain vulnerable over the medium term. More progress on structural reforms, including increased spending on physical and human capital and a reduction in the state’s footprint on the economy, is also necessary to sustain positive growth outcomes.

While the IMF saw the exchange rate as being broadly in line with fundamentals in its July review, a commitment to exchange rate flexibility will also be essential to preserve Egypt’s stability if capital outflows return or if its external accounts continue to weaken, with the current account deficit expanding to 5.5% of GDP in H1 21 from 3.8% in the same period last year. 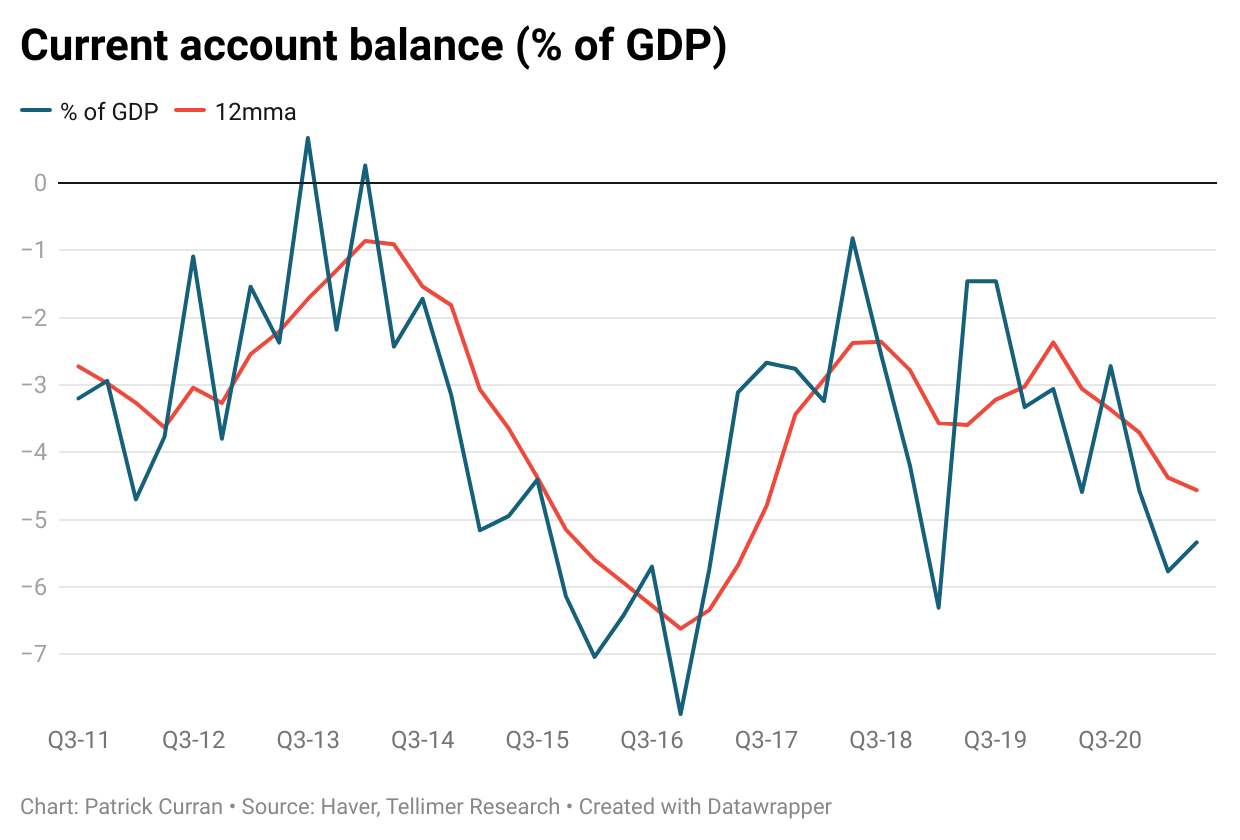 While we acknowledge that Egypt’s external vulnerabilities have risen, we think the downside risks are increasingly priced in after the recent selloff. The spread on the EGYPT 5 ⅞ 02/16/2031s has now widened by 100bps since the beginning of June and 80bps since mid-September, roughly twice the respective 55bps and 40bps selloff for its peer group. 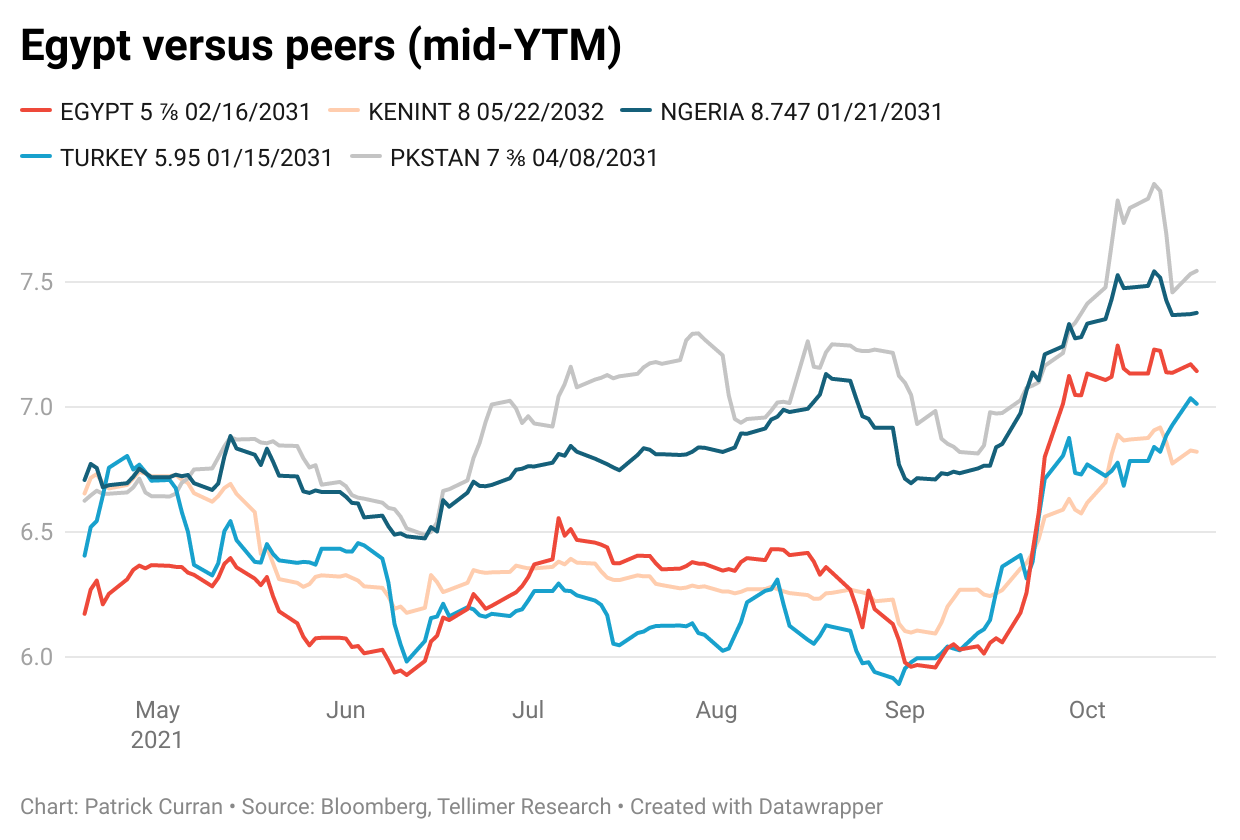 Given its disproportionately large selloff, alongside its relatively strong macro outlook (external vulnerabilities and elevated risk of capital flight notwithstanding), we think Egyptian credit now looks attractive on a relative value basis.