Egypt has been particularly hard hit by Russia’s invasion of Ukraine. Although the country still has relatively robust medium-term growth prospects, its inflation and current account deficits were revised up in the near term and its fiscal consolidation and debt reduction path is notably less ambitious.

Against this backdrop, it has devalued its currency by 15% and reached out to the IMF to request a programme. It is unclear if the programme will be funded or not, but, either way, it will be a positive backstop to Egypt’s reform agenda and reduce the risk of a balance of payments crisis (although even a funded programme will likely be small in size given US$14bn of outstanding credit to the Fund, forcing Egypt to satisfy more stringent criteria for exceptional access).

A commitment to continued exchange rate flexibility will likely be a key pillar of any programme, alongside primary balance targets that set debt on a sustainable downward path and a greater commitment to longer-term structural reforms that have so far gained little traction and are necessary to shift towards a more sustainable private sector-driven growth model.

However, we are also concerned by comments made by IMF Managing Director Kristalina Georgieva in a recent press conference that “We have to press for debt restructuring…we will sit with Sri Lanka, we will sit with Egypt, we will sit with Tunisia, and we will discuss what realistically needs to be done". Alongside what we perceive to be an increased concern by the Fund about debt sustainability risks and emphasis on private sector involvement in debt restructurings, this raises the risk that the IMF may classify Egypt’s debt as unsustainable and require a restructuring to unlock Fund support.

Ultimately, any decision on this front will come down to an assessment of Egypt’s ability to meet its large external funding needs in the context of a programme, with Saudi Arabia and Qatar recently pledging up to US$5bn each of new support in addition to the US$20bn of GCC deposits already outstanding at the Central Bank of Egypt, according to Fitch estimates. With large external funding needs and relatively weak buffers on a net basis, Egypt will remain vulnerable without continued bilateral support.

That said, Egypt’s resilience to external shocks has been tested in the wake of Russia’s invasion of Ukraine, with Fitch estimating that non-resident holdings of domestic government debt fell by US$11bn from end-2021 through mid-March to US$17.5bn. While the risk of capital outflows is still quite high, it is lower than it was at the beginning of the year and Egypt survived a major stress test by devaluing the currency, hiking the policy rate and drawing down reserves buffers by US$4bn in March.

Egypt’s economic outlook has undoubtedly worsened this year, with eurobond yields rising above 10% beyond the 10-year tenor and the prospect of forthcoming IMF support, but we retain our Buy recommendation on hard currency and Hold recommendation on local currency debt. However, fiscal consolidation must now take place from an even more onerous base and the risk of debt distress has risen, so the margin for error is increasingly slim. 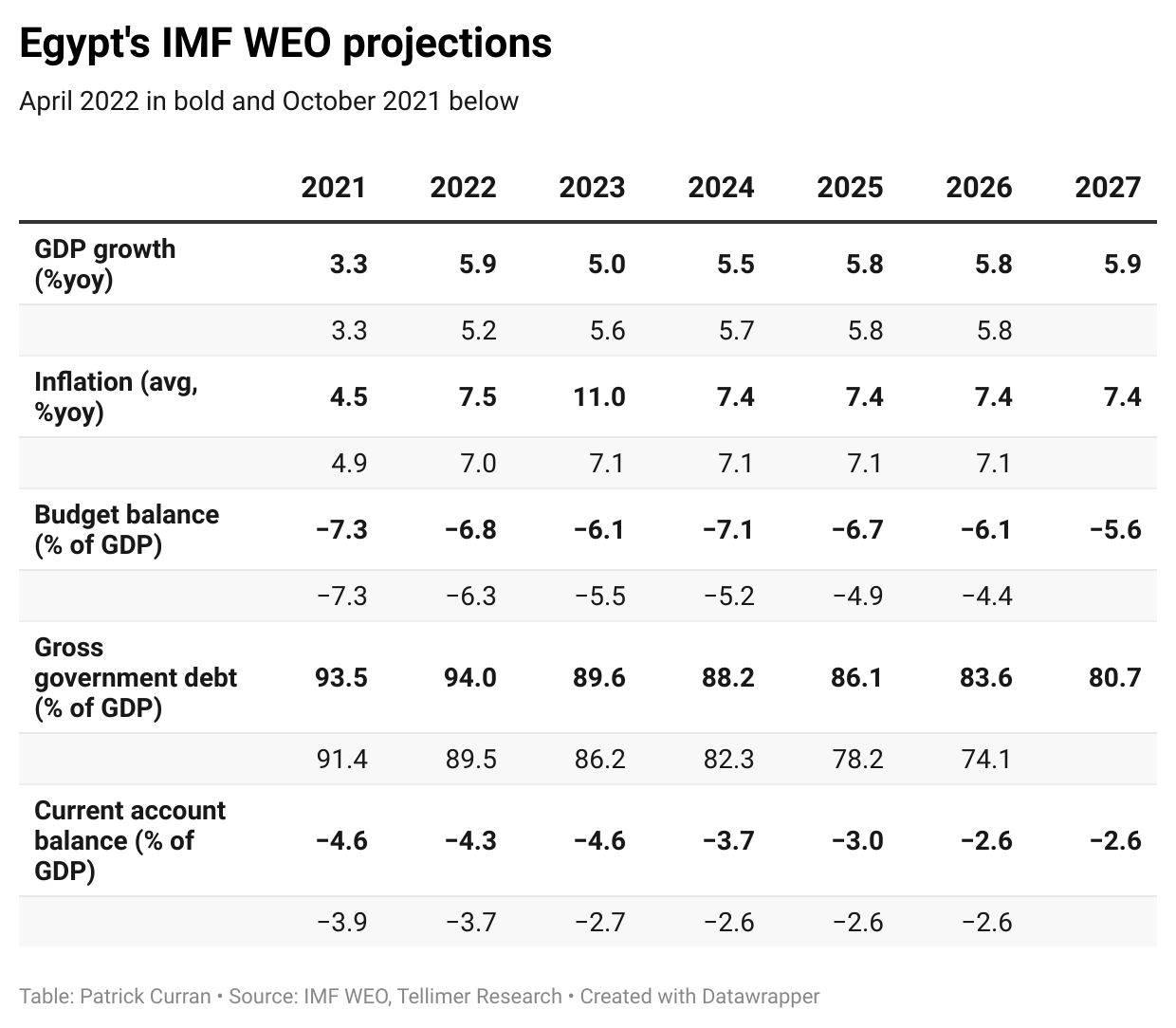