With developed market central banks cutting rates back to (or holding at) the zero-lower bound and unleashing an estimated US$6tn of QE in 2020, the world is getting used to the idea of “low for long” interest rate conditions. And, with potential US$ weakness from the exponential growth of Covid-19 cases and unprecedented fiscal/monetary stimulus, along with a global reach for yield amid rock-bottom interest rates, the risk backdrop for EM/FM assets is likely to be favourable.

However, EM/FM central banks have also followed their developed market counterparts with policy rate reductions and, in some cases, QE programs of their own (see here). Egypt is no different, cutting its policy rate by 300bps to 9.25% in March amid subdued inflation, which, after a tumultuous 2017-18 in which it averaged over 20%, has now settled below the Central Bank of Egypt's (CBE) 9% +/- 3% target. With core inflation running at 1.0% y/y in June (versus headline of 5.6% y/y), weak demand and subdued food prices, inflation is expected to remain below target at least through year-end (see here). 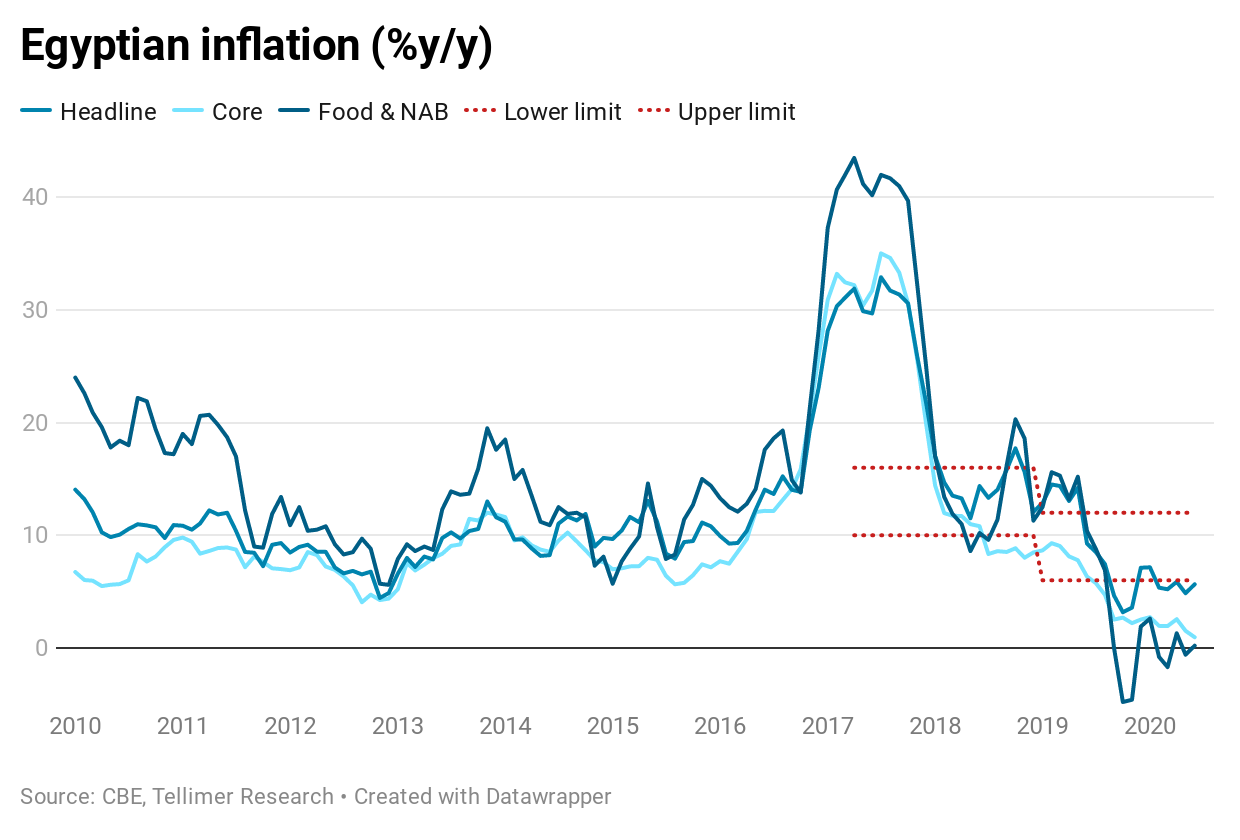 Egypt now has among the highest real interest rates in the world, ranging from c7-8.5% across the curve. Within our coverage universe, only Mongolia, Belarus, Iraq, Malaysia and Ukraine have higher real rates. The first three of that list have insufficiently deep markets, while Malaysia’s nominal rates are too low to be interesting and UAH is likely to face pressure. Ghana is another potentially interesting alternative, with real yields of 4.5-11.5% across the curve, but we think the prognosis for FX stability is better in Egypt. 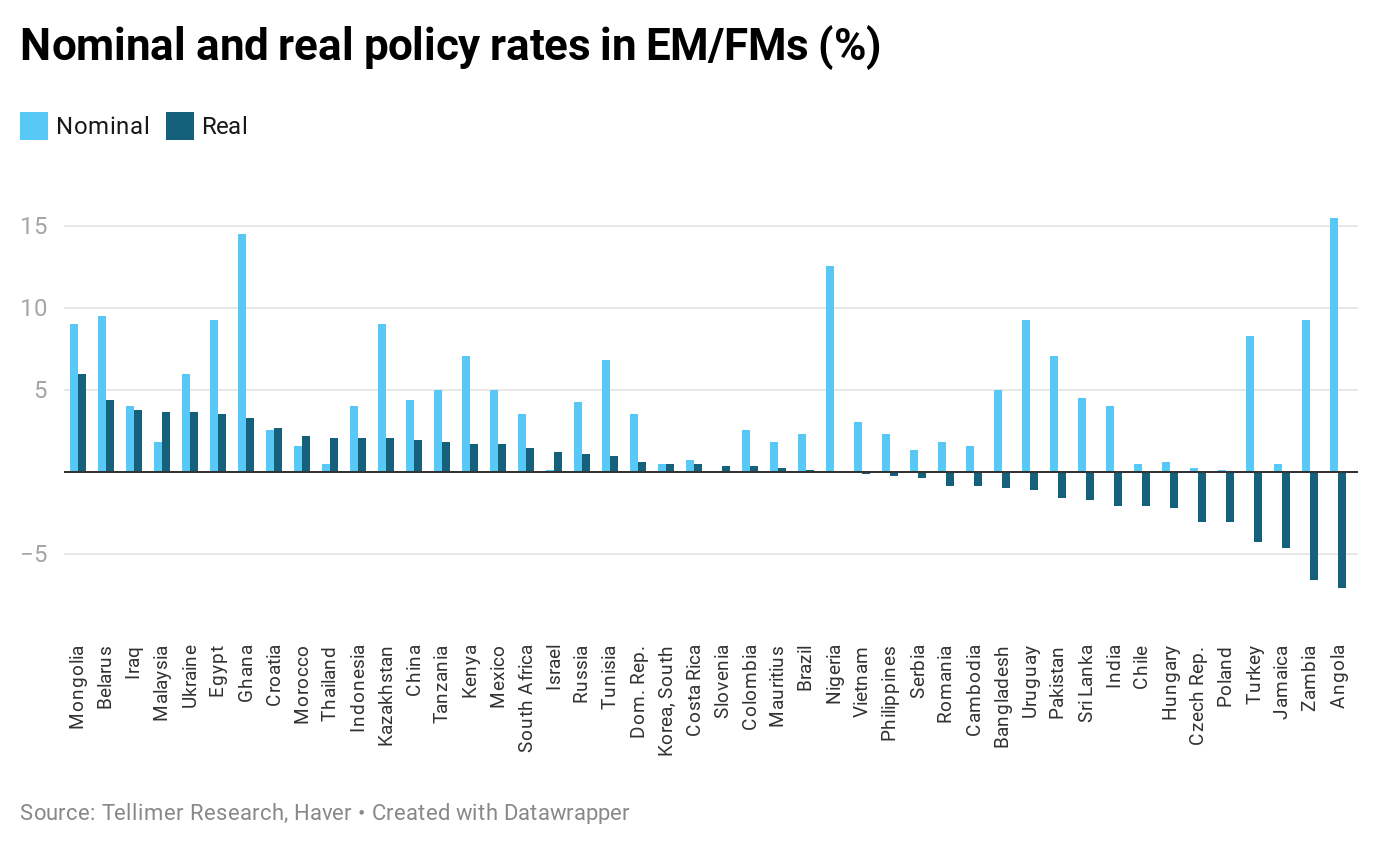 We think recent outflows could present an opportunity to initiate the Egypt carry trade before it becomes too crowded again, although the window to act could be limited. Foreign holdings of local government debt have reportedly increased to US$10.6bn (c10% of total), bolstered by US$3bn of inflows in the first two weeks of July. 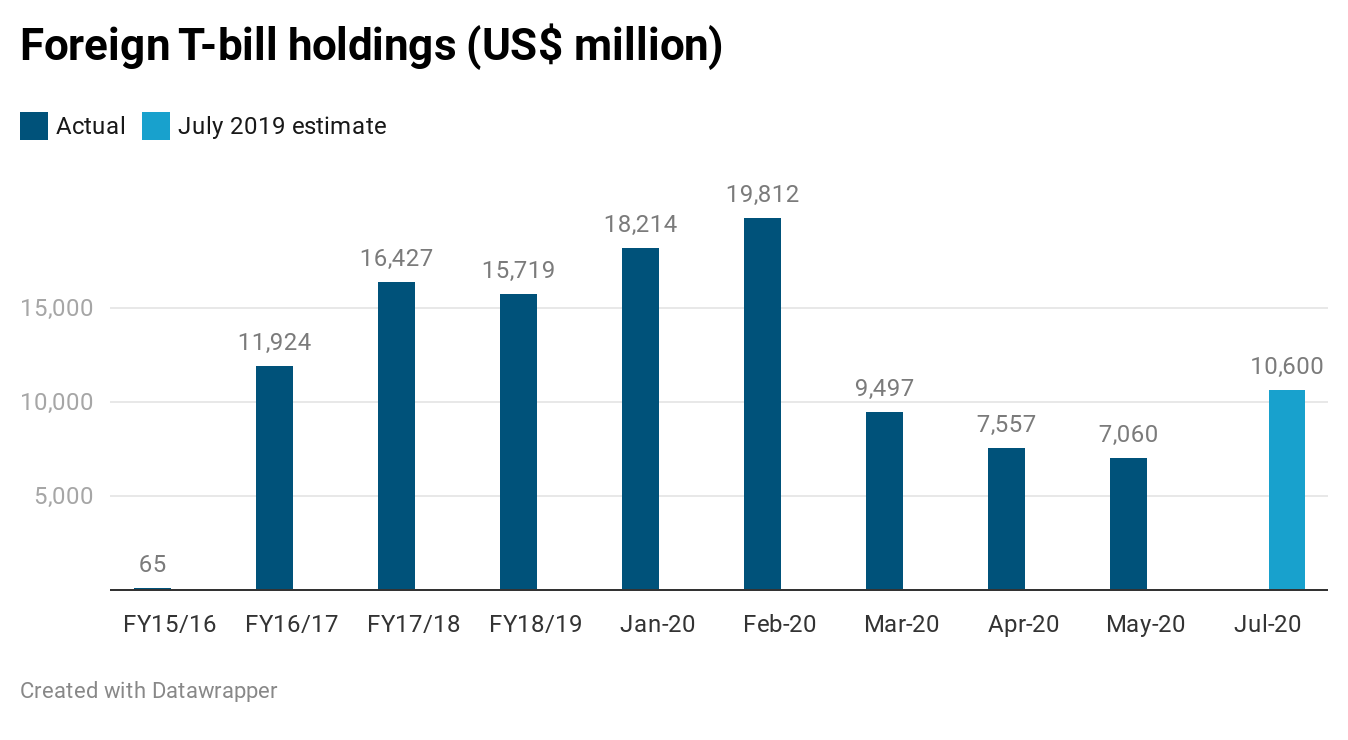 In addition, lawmakers approved a new central security depository this month (a major requirement for allowing local Egyptian debt to be settled by Euroclear, making it more accessible to foreign investors) and Egypt is lobbying for inclusion in J.P. Morgan’s GBIEM index, so there are potential catalysts for further inflows.