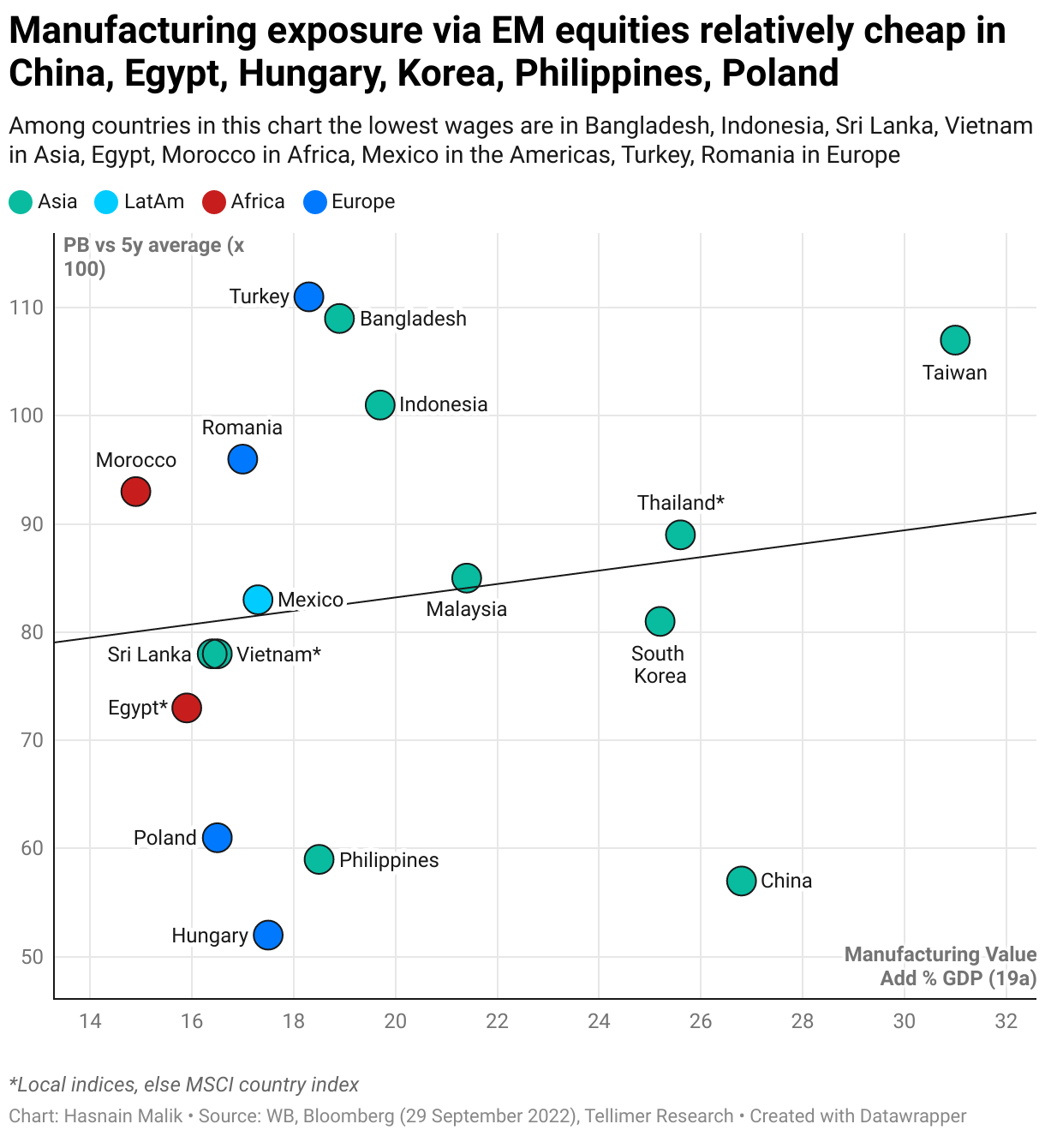 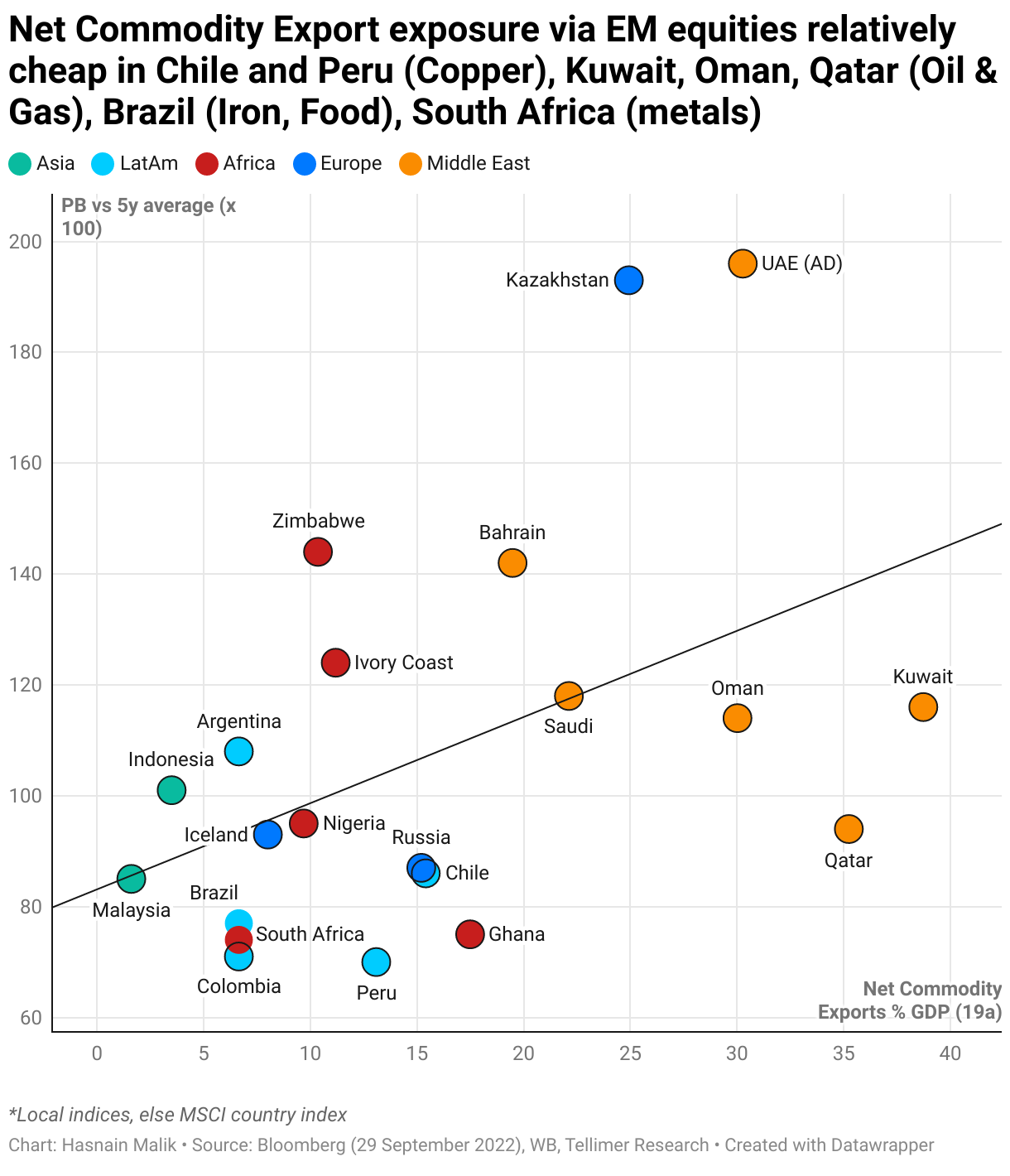 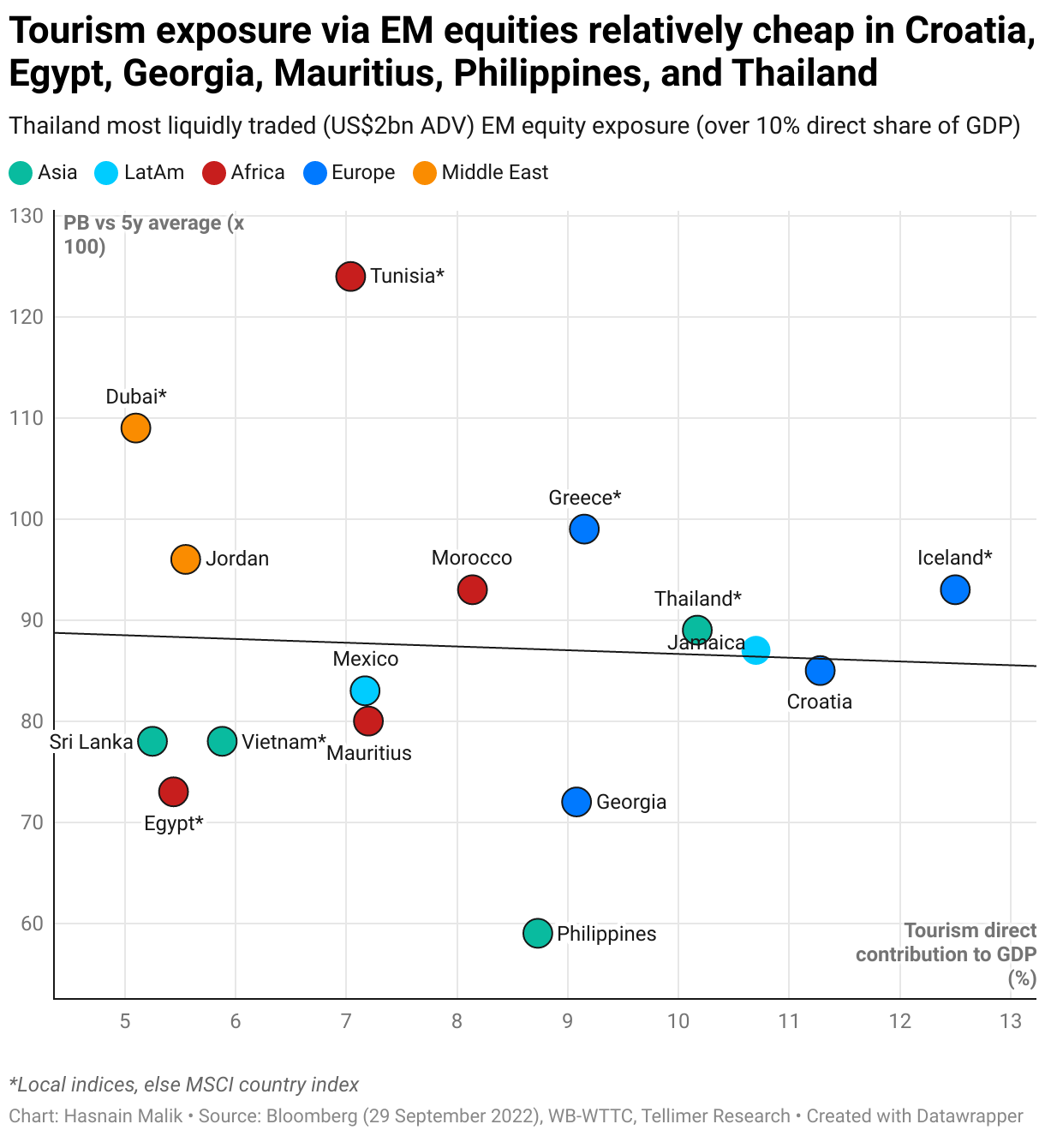 Recap of our top-down strategy view

India less appealing than before, Kenya risks now priced in

India offers exposure to many of these traits (particularly leap-frogging technology, alternative manufacturing location to China and pro-business reform), but it is no longer as cheap relative to history, particularly should monetary policy tighten at any point this year, or as committed to reform as a year ago (with Prime Minister Modi's priority now on the next general election in 2024).

Kenya, in small EM, similarly offers exposure to some of these traits (particularly leap-frogging technology and tourism revival) but the distraction of the election lingers, taking away attention from structural reform and exacerbating external liquidity pressure. Yet the valuations of both the largest stock, Safaricom, and the banks may be sufficiently discounted relative to the historical average to reflect these risks.

The US dollar dagger for emerging markets

OPEC+: The major implications of a minor increase

Food prices are back to pre Russia-Ukraine war levels

As Truss becomes UK Prime Minister, we ask 'when is a leader's age a risk?'

Emerging markets dominate foreign lobbying in the US

Sri Lanka: Interim Budget is encouraging but credibility will be tested (Curran)

Armenia-Azerbaijan clash: More tests to come for Russia in its periphery

Brazil election risk: About how the loser concedes, not fiscal policy pivots

Colombia: The challenges ahead for the new president (with Culverhouse)

Nigeria's ballooning subsidies are a problem for the budget (Ogabi)