The rise of digital payments infrastructure: The plumbing of global finance

If you haven’t heard of Stripe, your organisation may nevertheless be using it; at least, it is very likely you have unwittingly used its platform already, to pay for items, services or food takeaways you have ordered online. Stripe is one of the growing band of tech firms building the platforms that will power the future of global e-commerce; not through being a household name, but by being a key component of modern commercial infrastructure: the ultimate macro play.

This is a moment of industrial change. The rapid growth of the digital payments infrastructure sector – and I think that is exactly what it is becoming – reminds me of the dot.com explosion of bank and institutional investor trading platforms in the late 1990s and early 2000s, when tech was still the preserve of financial services. I was part of the original management team at BrokerTec and launched a bond trading platform alongside eSpeed, MTS, Bondbook, MarketAxess, TradeWeb, and others, in a scramble of large players as well as small. It was the era that saw the emergence of dominant players like Bloomberg and the transformation of Reuters (what is now Refinitiv) into permanent fixtures in the financial services universe.

Little did the average person guess that the cursory summary at the end of the news, noting the movement of currencies and government borrowing, or the pricing their mortgage, or the profits of the bank stocks in their pension, were all driven by these mysterious tech systems daily trading hundreds of billions of dollars in the background. We pushed the bounds of technology and what could be traded electronically at the time: unlike the exchanges, we didn’t have a natural monopoly or captive audience and we had to compete on tech, STP, clearing and industrial expertise. What we did know (in fact, hoped, as we had to prove it first) was that if you win at modernising the infrastructure of an industry, you win big and for longer; if you can capture every action your client needs to take, you do well if markets go up, or if markets go down.

Tech and the economy have changed beyond recognition since then. And when I say the new digital infrastructure sector is growing, Stripe, by way of example, is already very big: in April, amid the most acute phase of the global pandemic lockdown, it raised US$600m at a pre-money valuation of US$36bn. It is probably the biggest start up in the world (some might argue it is second to SpaceX or others) but is certainly one that many of us have already used without having known of its existence. In fact, I wonder if it counts as a start-up at all, founded as it was in 2011. We are all more familiar with PayPal (also founded, like SpaceX, by eccentric serial-entrepreneur Elon Musk), but the space (no pun) is changing quickly, and the modern infrastructure of business is rapidly being refitted with entirely new metaphorical “pipes and plumbing”, using tech that did not exist a few years ago. Alongside PayPal, think AliPay (China), Amazon Payments and 2CheckOut (US), and Adyen (the Netherlands). AliPay was acquired through complex back and forths from Alibaba by Jack Ma’s Ant Group, which is now focussed on tech and SaaS and intends to list in Shanghai and HKSE, at as much as a US$200bn valuation. The new economy thinks nothing of mere unicorns. 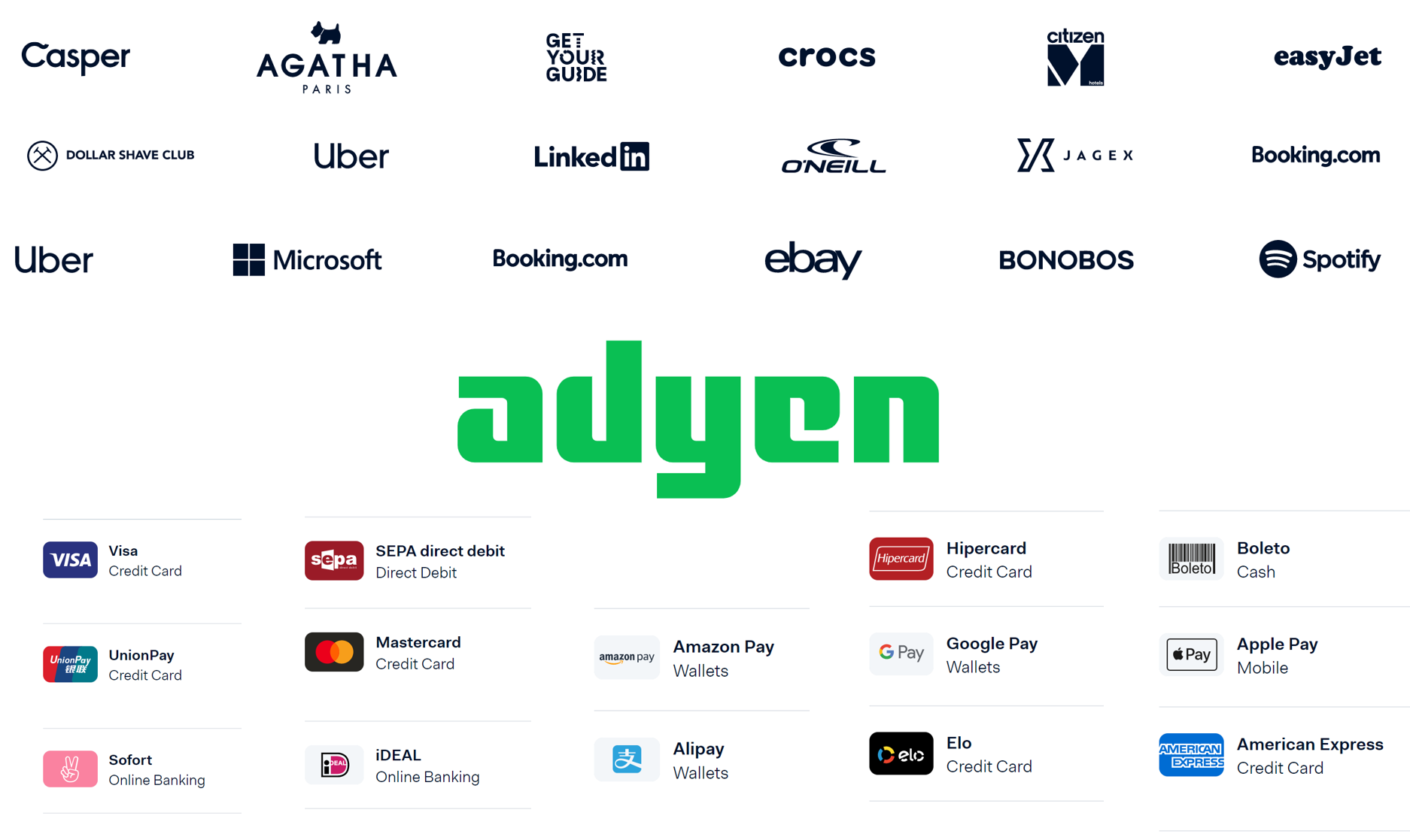 There is gold in pipes and plumbing

In financial services, fuelled by market exuberance and the growth of FICC trading by the big banks, it was the trading infrastructure that grew the most powerfully: by the end of 2019, B2C bond platform MarketAxess (NASDAQ: MKTX) was the decade’s second-highest growth stock, coming close behind the mighty Netflix (NASDAQ: NFLX). The global financial crisis, far from breaking MarketAxess’s stride, allowed it to accelerate its growth as banks and the buy-side were forced to reduce costs and increase transparency. Now, we are witnessing payments tech infrastructure taking over the operating backbone of the commercial world the way the trading platforms and exchanges took over the financial world in prior decades, in part also accelerated by a crisis; this time Covid-19. The banks and buy-side had good and bad years, but the earnings of the infrastructure they used consistently went up: in fact, the worse the times and greater the acceleration towards automation the better they did. The new tech infrastructure firms are similarly likely to make money whatever the real economy does to their clients, and even if the global economy shrinks. We have seen this movie before. 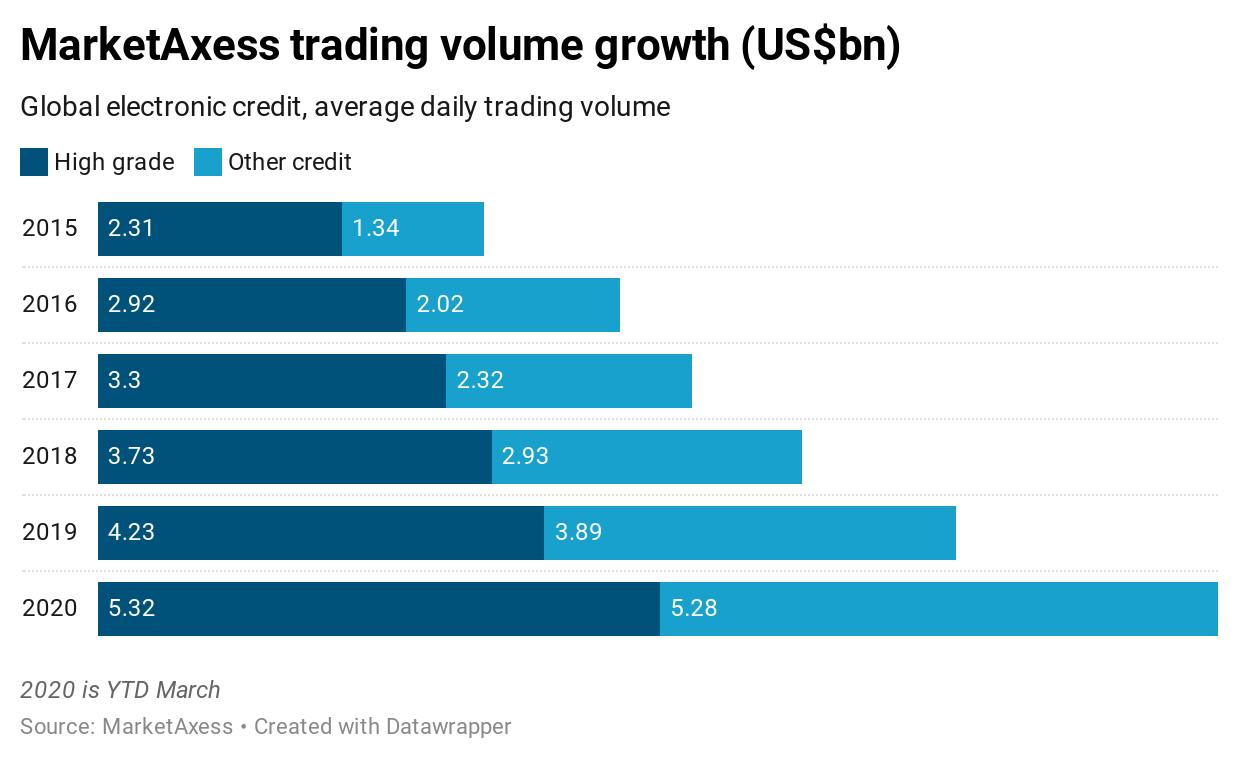 We write extensively on the rapid growth in fintech and digital payments throughout emerging markets (see the chart below for 10 listed EM names). These are predominantly bank or payment systems rather than tech infrastructure, but there is value in both. The main difference is that most of the digital payments systems use their own or specific tech, and regulatory status, while the infrastructure or payments gateway firms effectively hire theirs out for whoever needs it, and link to the regulated and payments world. Stripe and Adyen are at the tech end of the equation, with a (scalable) software-as-a-service (SaaS) model and connectivity to the main payments systems. Nice. 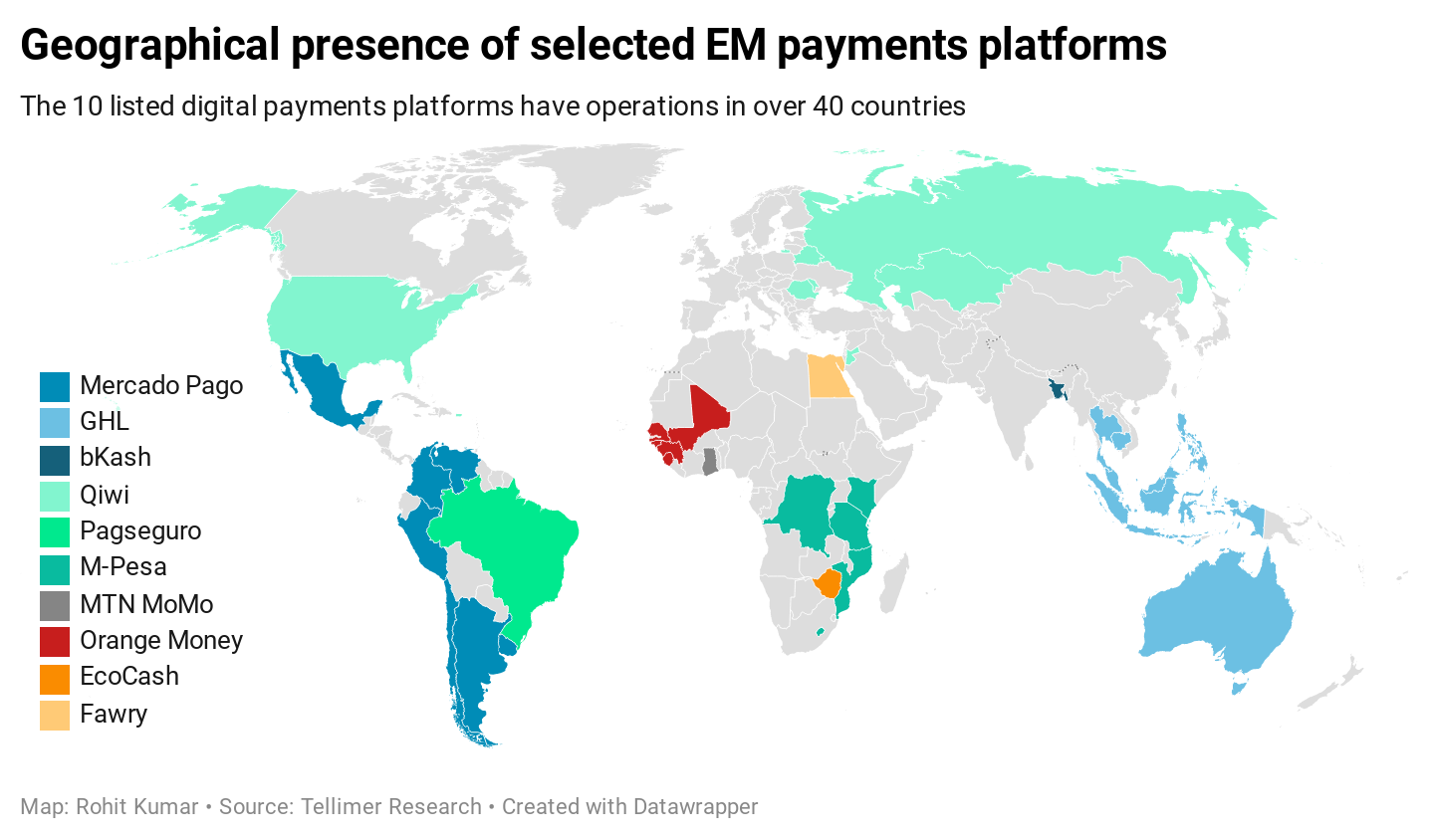 The advantages of digital payments gateways:

Inevitably, pandemic lockdowns have accelerated the changes that were already going on, and we see that digital banking, digital payments and fintech platforms are growing users and usage at super-normal rates. If e-commerce represented 3% of global GDP in 2018, one has to wonder how much more it will represent in 2021, even if the economy is effectively smaller.

We fully expect the growth in payments infrastructure tech to accelerate the growth of digital payments and e-commerce across EM. As the deal for Amazon Web Services (AWS) to be sold via Kenya’s Safaricom (SAFCOM) and the similar deal done by Liquid Telecom with Microsoft’s Azure have shown, the route for both EM and the large operators is not to reinvent the wheel, but partner or acquire. Uber may now be regarding its acquisition of UAE competitor Careem, which completed not long before lockdown, as a positive, with the growth of food delivery another beneficiary of the Covid-19 lockdown. However, whatever your view of the stock, it’s interesting to note that Uber is a client of US$49bn market cap digital payment gateway Adyen.

A final word of warning

While there is great power in the “don’t build it, rent it” tech model for modern companies in the new world of e-commerce, with the cost efficiencies that attend with it, there is also a sign that caution is required: it is now much clearer that fintechs use and often rely on fintechs, as the Wirecard fiasco regrettably showed. Rather as entirely new regulation had to be created to deal with novel trading venues (I spent more time in the EU agencies in Brussels in the late 1990s and 2000s than I would have liked), so it may be in due course with the more novel elements of digital payments, or where one regulated business is materially dependant on an unregulated one.

However, with tech so increasingly intertwined and global policy so dysfunctional, it is hard to imagine how that could be done quickly, or neatly, which is a risk in itself. When we tried to explain that tech increases transparency, control and provides an audit trail, EU regulators greeted us with steely stares and acres of new rules; we became more regulated than the old analog version of the industry, and it was only the global financial crisis that reminded everyone why transparency and auditability was a good thing. Even then, it resulted in more rules, many irrational, to bring the analogue broking businesses up to the level of regulation of the electronic. The EU has few of the new generation of gateway providers headquartered in its centres; it is the US and Asia that seem likely to dominate: as Google and Microsoft have already discovered, there is nothing worse than an EU policy maker with nothing to lose.