Didi Global Inc (DIDI US), the Chinese ride-hailing giant, has risen 16% since its IPO. Its current market capitalisation is US$79bn.

Didi became the biggest Chinese company to list in the US since Alibaba. We are confident that Didi could eclipse Uber's valuation and market position. It will also pave the way for EM ride-hailing companies (such as Grab), which have better profitability prospects than Uber. 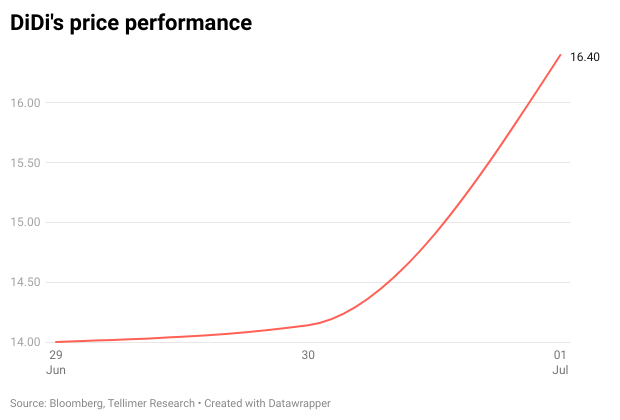 Following its blockbuster IPO, investors should be aware of the following drivers for the stock:

DIDI US will be added to the Dow Jones Global Equity Indexes on 12 July. It has qualified for the fast-track IPO entry.

Separately, FTSE Russell recently announced that Didi would be added to its global index on 8 July.

(2) Didi has paved the way to profitability, while Uber is facing a sea of red

Even with the reopening in the US and other markets, Uber is still struggling. In Q1 21, Uber's net revenue was down 1% yoy, while Didi's net revenue rose by 106% yoy over the same period.

As Uber falters, its prospects for profitability are dimming. Meanwhile, DIDI US has a chance to generate a net profit by FY 22. In Q1 21, it reported a comprehensive net income of US$95mn on gross revenue US$6.4bn. 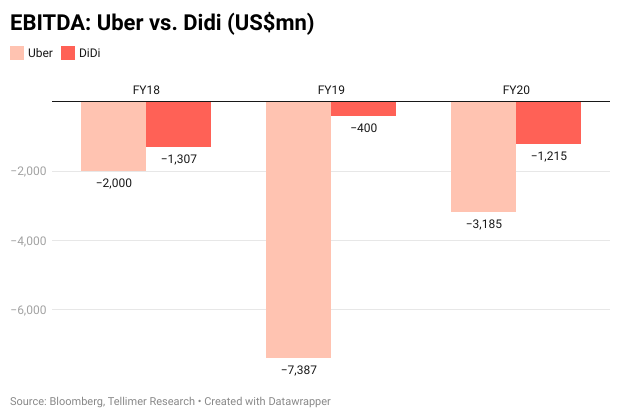 (3) Didi is heavily invested in EV and Robotics

Didi already has the world's largest network of electronic vehicles (EV). It has 1 million EVs as of 31 December 2020. It also has the biggest EV charging network in China, with a 30% market share.

Both EV and robotics are set to disrupt the auto industry. EV is more energy-efficient, with Tesla having led the way in this field. Robotic vehicles are the next stage in the ride-hailing revolution.

(4) Didi should be valued as a "disrupter of disrupters"

Didi could achieve US$8bn in net revenue in FY 21, according to Bloomberg consensus. Didi's superior revenue growth and profitability metrics suggest that it deserves a vast premium to Uber. Didi's exposure to EV and robotic vehicles means that it may disrupt a disruptive industry (with ride-hailing already disrupting taxi services).

Tesla trades at 10 times the EV/Sales multiple of traditional autos like General Motors. Uber is at 9.3x EV/Sales. Didi may command a 13x FY21 projected EV/Sales valuation due to its superior prospects. This would place it at a US$100bn enterprise value, edging ahead of Uber's enterprise value of US$97bn. 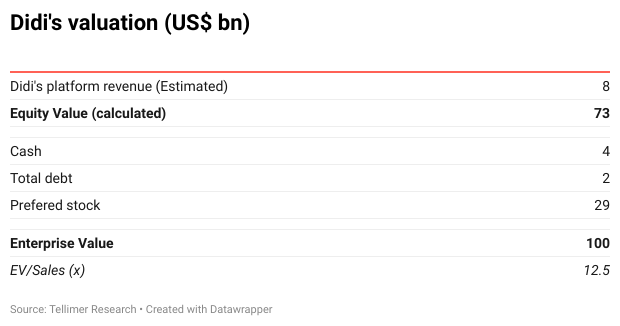 Altimeter is expected to complete the reverse takeover of Grab in Q4. We can apply Didi’s EV/Sales valuation to Grab, which is AGC US’s principal asset – it suggests that AGC US is undervalued. Applying Didi's EV/Sales multiple leads to a valuation of US$16. 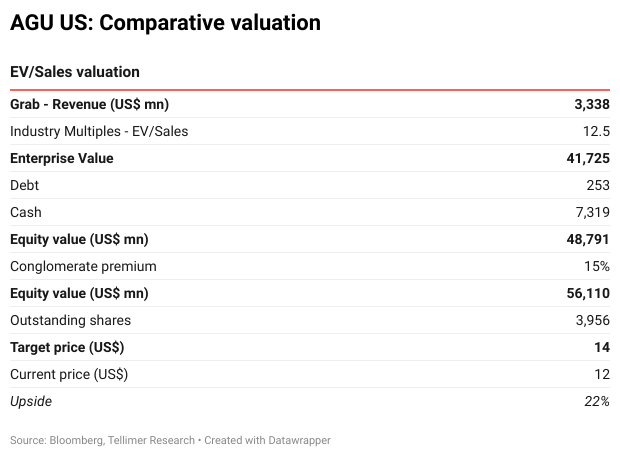