13 May 2022
Published by
Alhambra Investments

This one took some real, well, talent. It was late morning on April 11, the crude oil market was in some distress. The price was falling faster, already down sharply over just the preceding two weeks. Going from $115 per barrel to suddenly less than $95, there was some real fear there.

But what really caught my attention was the flattening WTI futures curve. Up in the liquid front, it was closing in on contango and had it achieved that reshaping it would have been, the point of my article, a key warning sign of more widescale deterioration. 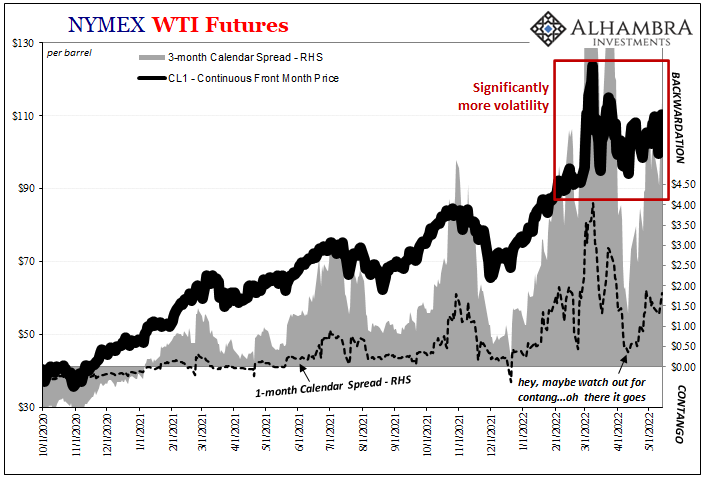 No sooner had I hit publish, the whole thing reversed. Within basically a few hours of going live, the entire marketplace turned right around and hasn’t come back since. Not only have oil prices rebounded from that low, the curve has only steepened from that point forward.

Markets can truly make you look dumb in the short run (just last week we did a special podcast on stablecoins as a concept, only for Terra/Luna to blow up right after it was released). The long run, too, if you’re not careful (see: dollar).

While the crude market may have gone the other way, it’s also been noticeable for how much less certainty there has been in that other way dating back to the big oil spike which arrived late in February. In fact, this clear step-up in volatility coincides with all those potential factors I had raised last month. 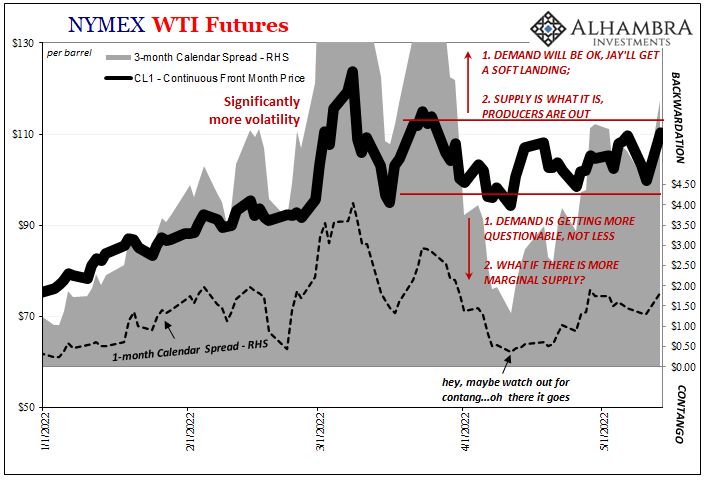 To oversimplify only a touch, it’s become a tug-of-war between two competing perceptions of the near-term future (I know, isn’t that every market?) On the Oil4Eva side, there’s the ongoing, persistent, doesn’t-look-like-it-will-ever-end supply restraint. No matter how high crude gets propelled, supply has barely budged off its 2020 bottom.

I covered this before, as well as the reason why this has been the case (it’s not actually political, rather mistrust of the Federal Reserve).

Half of large producers, along with slightly more than a quarter of small producers, tell the Fed branch they’re expecting no more than a paltry 5% additional production. Add the other 20% in the next bucket, that’s 70% expecting maybe a 10% rise at most for this year, 2022…By far, and it’s not close, the greatest constraint holding everything back – exploration, drilling, output, transportation, refining, lowering prices, taming the CPI – is twice-bitten investors.

They’ve seen this movie before, refusing to allow big, public producers to commit huge chunks of capital on new production ventures only to have the rug yanked out from underneath everyone for what investors clearly believe will be a third time. 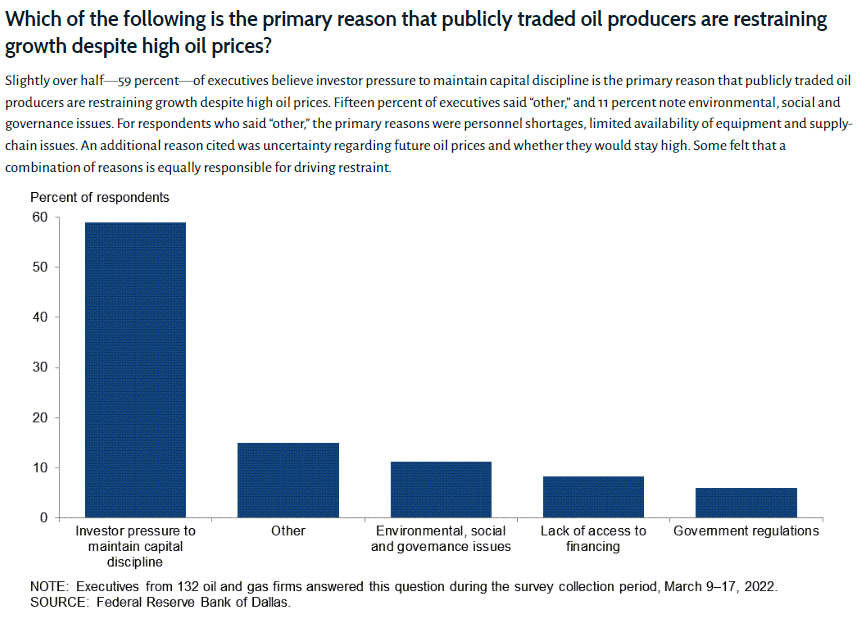 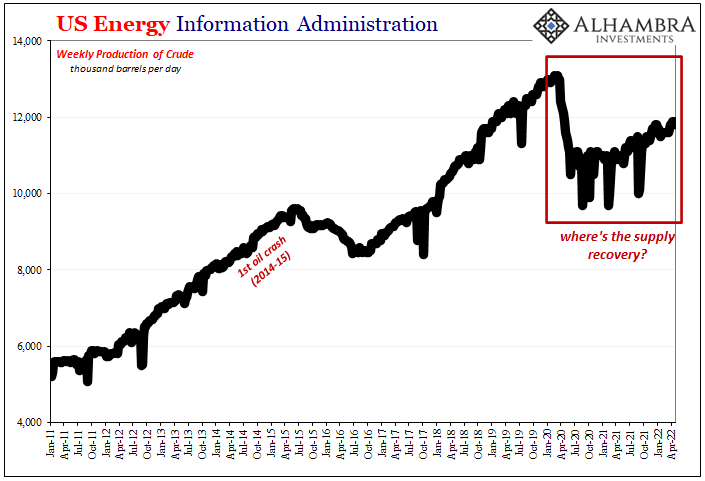 Combined with that supply restraint, there’s also the notion that demand might actually hold up relatively well even if recession-like fears prove well-founded. Even if the US and the global economy suffers a setback, maybe Jay Powell achieves the mythical “soft landing” that Greenspan once did (I didn’t say I agreed with the narrative, after all the “maestro” had both the eurodollar boom and the nascent internet economy at his back; Powell’s got…)

Pulling oil toward the downside, or at least keeping it from achieving 2008-levels of pain, there absolutely are any number of reasons to be far less sanguine about the demand side of the crude and macro situation. Financial markets have been blaring warnings one after another, alarms that have only gained decibels over time. Curves have been joined by industrial commodities more recently and, most strikingly, the rampaging dollar now wrecking everything including China. 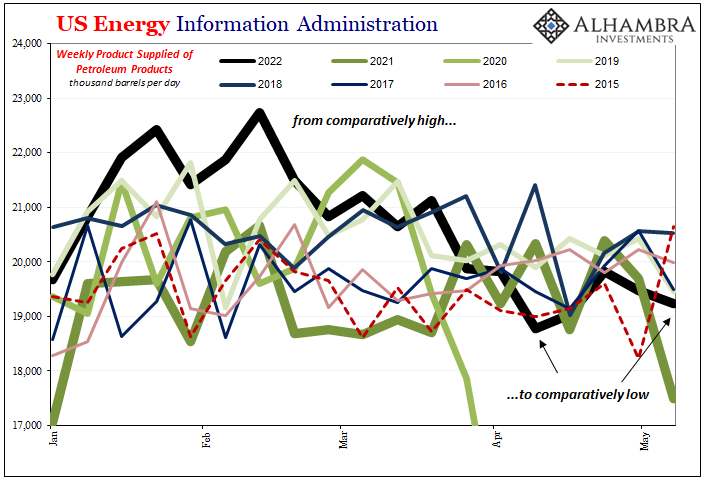 Specifically with regard to oil and product demand, it’s not just market-based concerns about what the future might hold. Recent data has shown that actual use of both overall crude as well as finished gasoline has already dropped considerably in the past couple months since the price spike.

Total oil demand (product supplied, as it is called) went from a high in January and February down closer to the bottom of recent yearly ranges right around the time I had flagged the futures curve.

Gasoline demand, finished product supplied, actually has trended down to the lowest levels (for their time of year) outside of 2020. There’s visible demand destruction in these results, which correspond directly to that last oil/gas price surge. 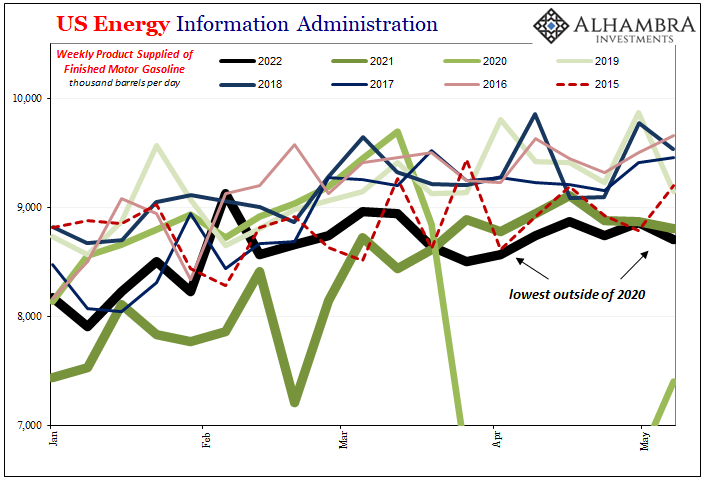 What’s keeping oil up, even if in more volatile fashion, is the fact that for flagging demand the supply still isn’t keeping up. No matter how much it has tailed off, crude and gasoline stocks have fallen to their lowest levels since before the 2014 oil crash.

The fly in the ointment would be, if there is to be one, maybe two, first, further potential for demand to fall even more than it has; the downside team in the tug-of-war getting a boost by markets outside of oil growing more bearish than they are, in addition to more negatives in economic accounts like GDP or labor data (CPS). 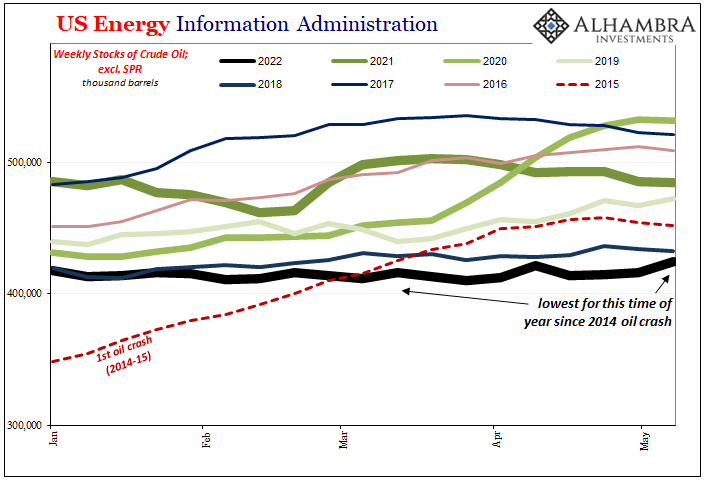 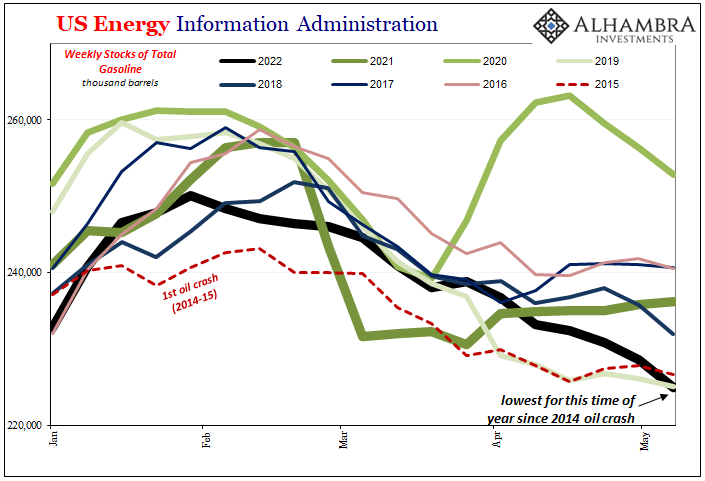 Second, while large and publicly-traded oil producers have consistently and clearly stated they’re not going to trust demand to keep up, keeping their production potential on the sidelines for the foreseeable future, private companies not shackled by any prudent, skeptical therefore risk-averse shareholders appear they might be ready to take a risk and chase these oil prices.

According to Fitch (thanks Mark), while “Larger operators remain committed to capital discipline and low growth, with a continued focus on FCF and shareholder returns despite oil prices in excess of USD100/barrel,” independents have guided for a nearly 30% increase in production investment this year, maybe reaching double-digits in additional production achieved.

Aiming, of course, for higher levels of output expansion beyond 2022.

Will that be enough to tip the supply dynamic at the margins? Perhaps, perhaps not. The difference, though, this little bit of additional supply, might turn out to be more decisive should demand falter more than it has – creating a tense, fragile market spilling over with months of volatility.

Uncertainty isn’t quite off the charts, though it is more than at any time in years. Big questions, big imbalances, and poor Jay Powell forced into the role of last-minute savior if necessary (not a good one for a janitor).

Who knows, the market could eventually turn toward contango again…even if only to give me another opportunity to repeat April 11. 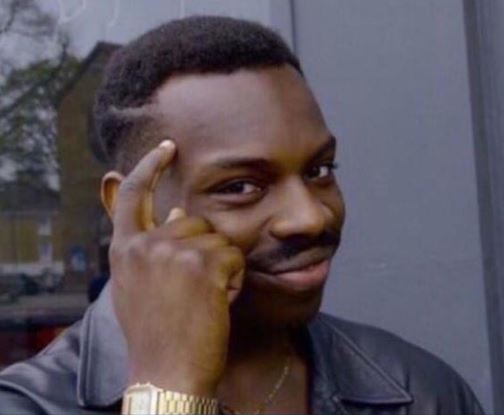