Covid-19: I’d rather be back in Africa

This special report from our guest contributor, Paul Domjan, continues our series on the African experience of coronavirus.

Having just returned from six months travelling overland in Africa, with Covid-19 cases popping up across the continent (including Nigeria and Kenya) and numerous countries banning flights, instituting quarantine requirements and closing borders, I wanted to reflect on why Africa is probably better placed to cope with the virus than most commentators realise.

It is important to note that, despite the advantages that I discuss below, there is still a great deal that remains unknown about Covid-19 that could invalidate or overwhelm these advantages. Moreover, as discussed in the conclusion, even if Africa suffers less than is expected from the virus itself, the possibility of a global recession combined with the western democracies turning inward could be strongly negative for African assets.

Before looking at the positive case for Africa, let’s set up the reasons why most commentators are pessimistic about the impact of the virus in Africa:

1. Low-capacity health systems: Even some of the best health systems in Africa, like the Aga Khan network health system in East Africa, would be rapidly overwhelmed if the number of serious cases were to follow a similar path to what we’ve seen in Europe and large numbers of infected people were to seek medical care in hospital. Indeed, early reports from the quarantine facilities in Kenya are worrying.

2. Poor hygiene: Hygiene options are extremely limited in most of Africa, especially outside of the very largest cities. Water for washing may not be available, or may not be clean, and liquid soap is practically unheard of, let alone hand sanitiser gel.

3. Low government capacity: Governments across Africa are often seen to have lower capacity to implement policy than their counterparts in wealthier countries, or indeed elsewhere in the developing world, which may limit their ability to implement the social distancing measures that have been the core of the public health response to Covid-19 in most countries.

5. Limited public finances: While developed countries have relied primarily on monetary policy to battle the economic consequences of Covid-19, Tellimer’s Stuart Culverhouse argues that targeted fiscal policies will ultimately be more impactful. Indeed, the US is considering implementing helicopter money. Most African countries, including Nigeria, lack the fiscal space to implement these sorts of policies, even if developed markets do eventually choose to do so.

Set against this, many commentators have cited two main strengths that may protect Africa from Covid-19:

1. Youth: Africa is disproportionately young, and the young are much less likely to be seriously impacted by the disease than the populations of Europe (Figure 1) and China.

Figure 1: Africa’s population is younger and more resilient than Europe’s and China's

2. Climate: Most of Africa is hot, sunny and humid, and therefore similar viruses, like seasonal influenza, are less likely to be transmitted. That being said, more research is required to understand how temperature will impact the transmission of Covid-19.

Looking at Africa, both from bottom-up on the ground and from the top-down using geographic data, these advantages appear to understate Africa’s ability to cope with the virus. Moreover, there are four additional advantages that are perhaps being overlooked:

3. Experience: The experience of Ebola is a useful precedent for Africa. Travelling back by a rather circuitous route from Cape Town to London on 10 February, the first (and only) place I encountered screening for Covid-19 was Kigali. While the volume of air traffic in South Africa and London obviously make implementing screening more difficult than in Kigali International Airport, the experience of managing Ebola means that Rwanda, and indeed other countries that have battled to contain Ebola, has a playbook ready, including land and air borders, that it could roll out quickly to respond to Covid-19. Clearly Ebola, which shows symptoms much earlier, is easier to contain than Covid-19, but it does provide a starting point for developing a response. 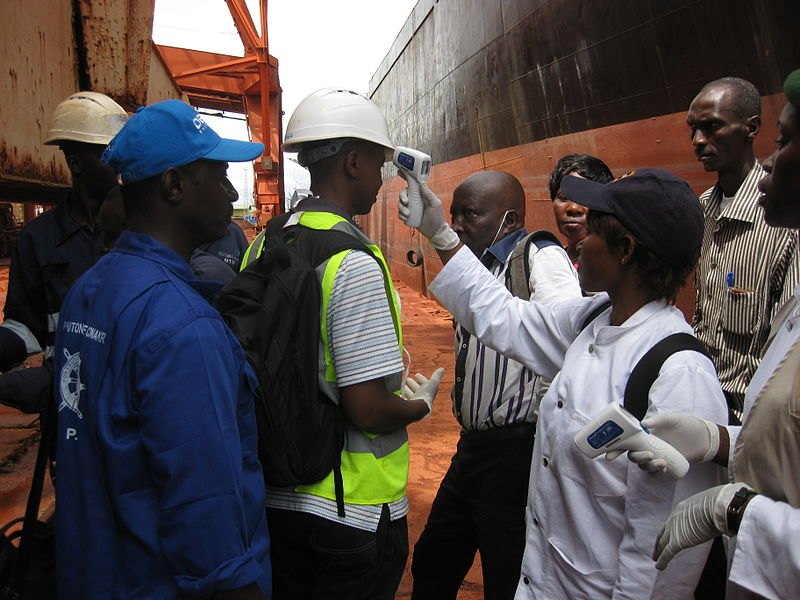 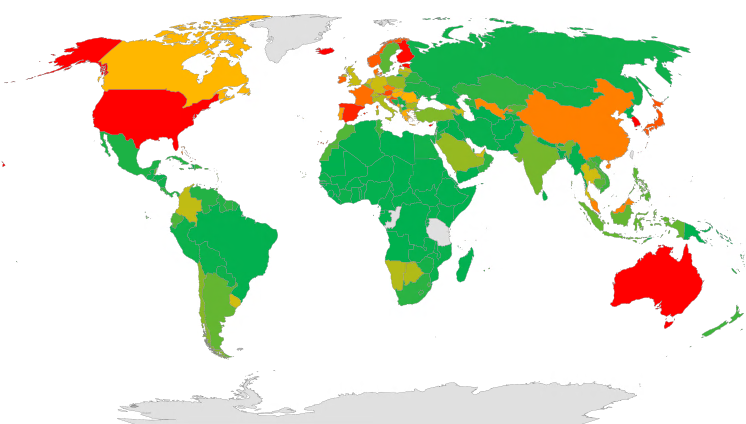 Low levels of travel help Africa in two ways. On the one hand, they reduce the likelihood that clusters of Covid-19 in specific cities will join up into a transcontinental epidemic. On the other, they reduce the potential disruption from limiting travel, enabling African countries to act quickly to limit international arrivals.

6. Africans live outside: Outside of places of worship, which will be a serious challenge, and shopping centres in Southern Africa, there are relatively few places where Africans, or at least sub-Saharan Africans, gather indoors. 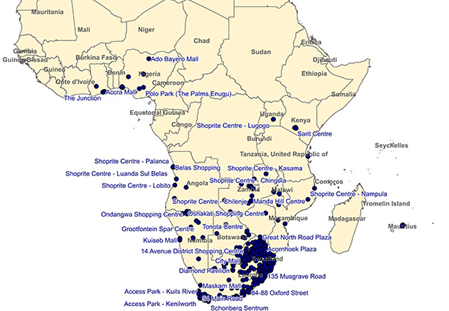 South Africa lacks some of the strengths of other parts of Africa. It has a more temperate climate, reflected in high numbers of tuberculosis infections, a problem the DRC and Ethiopia also share to a somewhat lesser extent, and South Africa has little direct experience to managing the risk of disease at its borders. South Africa is more urbanised than most of the continent, and the government is concerned about lack of water infrastructure in informal settlements leading to hygiene problems. Unlike in the rest of Africa, shopping centres play a large role in South African daily life. While it still has a large youth population, its age structure sits between that of China and that of Africa as a whole, with a much larger percentage in more elderly cohorts.

So, if Africa were to come through Covid-19 better than many expect, what would the pandemic really mean for the continent?