While the world currently battles to lower the incidence of Covid-19, prospects for reducing the transmission of a far deadlier disease, malaria, may have improved. Any progress in this area could prove particularly beneficial for sub-Saharan Africa.

There are over 200mn incidents of malaria each year

Annually, the disease kills c400k people every year, making it one of the deadliest transmittable diseases. This is particularly the case for infants – globally it is the fifth most common cause of death for under-fives, and two-thirds of all malaria casualties are in this age group. For lower-income countries, malaria ranks as the sixth most common cause of death overall, with 40 deaths per 100k population per annum. 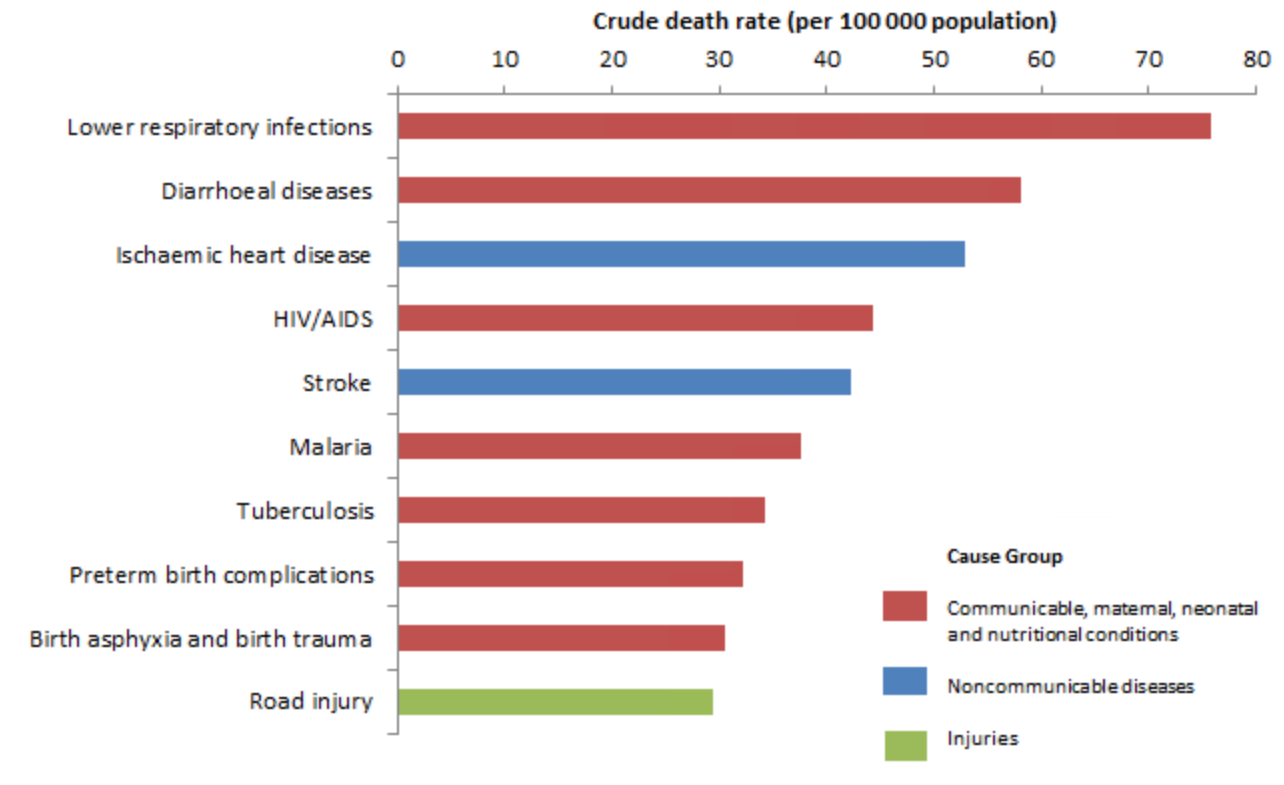 The economic costs of malaria are high

Even for survivors, the disease can prove debilitating, both when first caught and through subsequent attacks. Factor in the reduced productivity of carers, and malaria carries significant social and economic costs for the global economy. Some estimates show that families can spend up to 25% of their income on treatment of malaria and its after-effects (such as anaemia), while 10% of lost schooldays in Africa can be attributed to malaria (either of the child or a family member). A study by Gallup & Sachs (2000) showed that countries with endemic malaria had income levels in 1995 that were only 33% of those in countries that do not suffer from malaria. Countries with a severe malaria burden grew 1.3% less per year, compared with those without, while a 10% reduction in the incidence of malaria lifted annual GDP growth by around 0.3ppts.

Why is malaria so difficult to control?

It is estimated that up to US$5.8bn needed to be spent annually in order to reduce the incidence of malaria by 40% between 2015 and 2020. The current spending rate is around US$3bn, which is largely allocated towards R&D, provision of mosquito nets and anti-malarial drugs.

The annual cost of eliminating malaria 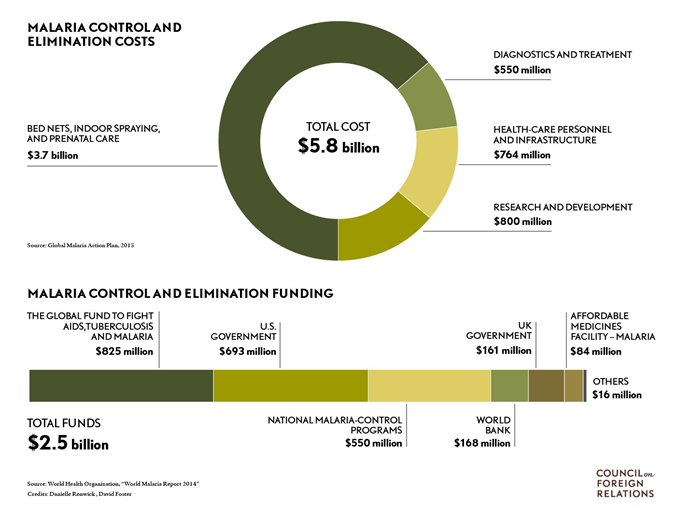 Source: Council for Foreign Relations, WHO

There are several reasons why malaria has proven so difficult to control, let alone eradicate. 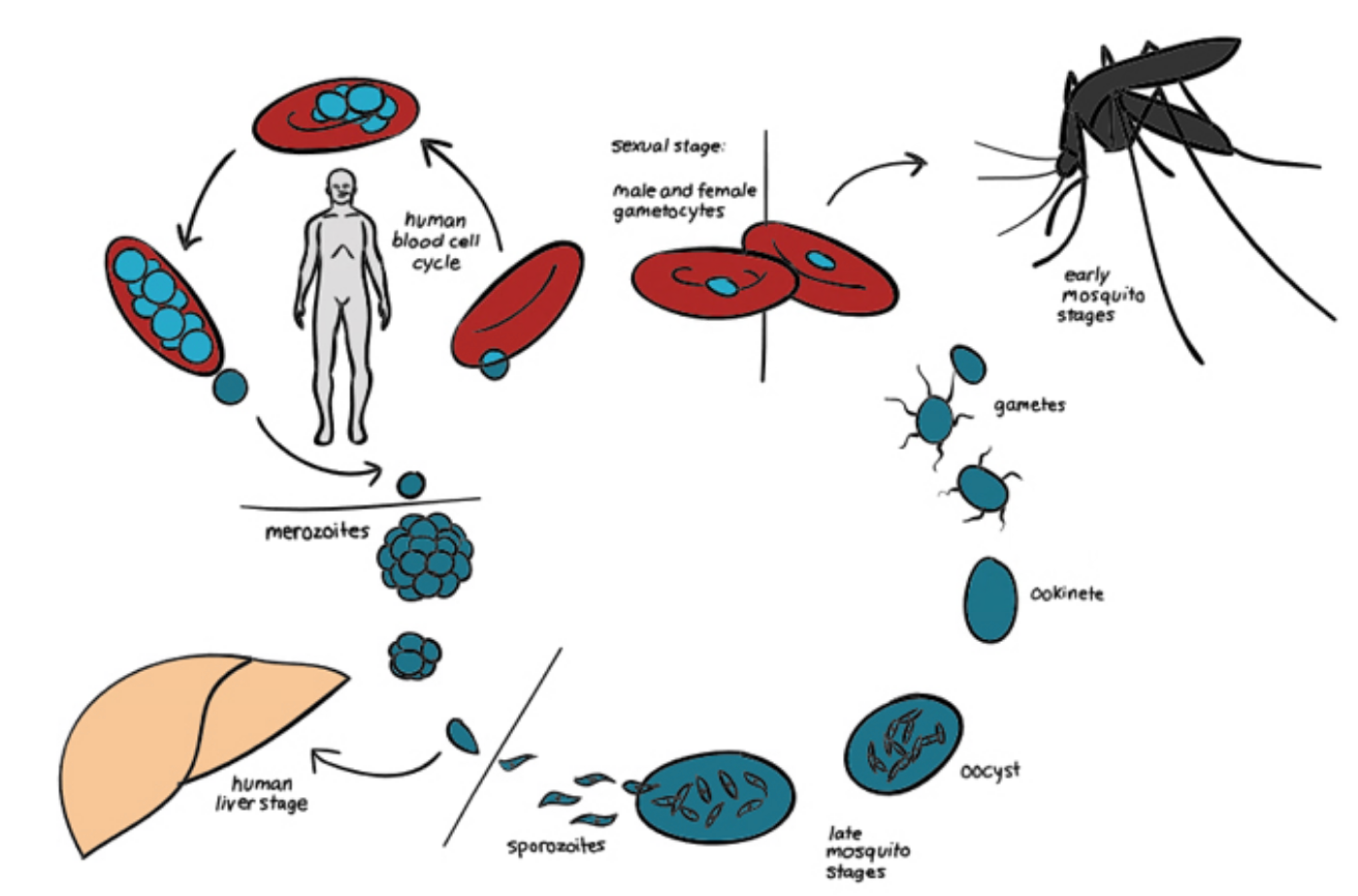 Fungal warfare could be the answer

An alternative solution also involves fungi, but this time with a more sinister outcome for the mosquito. A fungus, Metarhizium pingshaense, which naturally infects mosquitos, can be genetically modified to produce spider venom; initial tests in Burkina Faso showed that the modified fungus killed 99% of infected mosquitos.

In 2018 there were an estimated 235mn cases of malaria globally, of which 93% were in Africa. Of the estimated 435k deaths due to malaria in 2017, the WHO thinks 93% occurred in Africa. Six countries accounted for more than half of all malaria cases worldwide - all are in the SSA region: Nigeria (25%), the Democratic Republic of the Congo (12%), Uganda (5%), and Côte d’Ivoire, Mozambique and Niger (4% each).

Meaningful reductions in the incidence of malaria in sub-Saharan Africa would have significant economic and societal benefits, particularly for lower-income and rural communities. 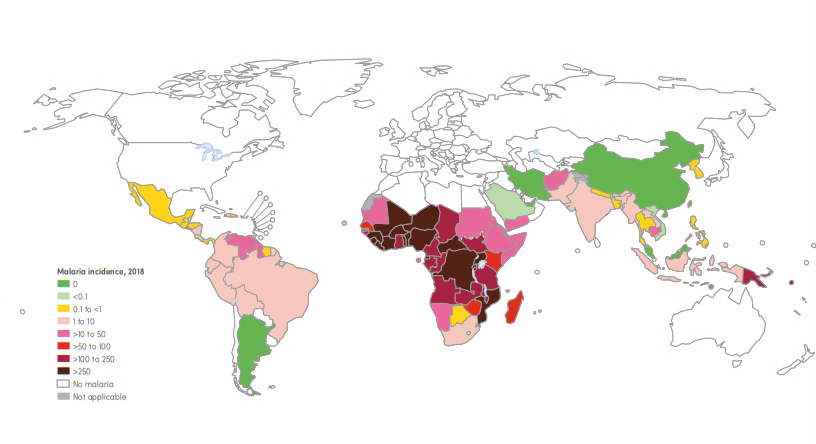