4 May 2021
Published by Tellimer Research

Oil exports drive 5% of Colombia's GDP, similar to Ghana, but its equities have underperformed almost 60% year to date. It has underperformed other oil exporters in the emerging and frontier markets by 20-40%.

Beyond this bout of protests, the perception of corruption inhibits the trust, the fragmented Congress the unity, and the four-year election cycle the time needed for reform. The next elections are in the first half of 2022 and the window for material reforms has likely already closed for right-of-centre President Duque.

Colombia is the cheapest oil exporter equity market, on price/book relative to history, but beyond being unloved and cheap, there do not appear any homegrown catalysts for it to re-rate relative to oil (or LatAm) peers. Colombia is 7.4%, 2.2%, and 14bps, respectively, of the FEM, LatAm, and EM MSCI indices.

Seven charts in this report illustrate this argument. 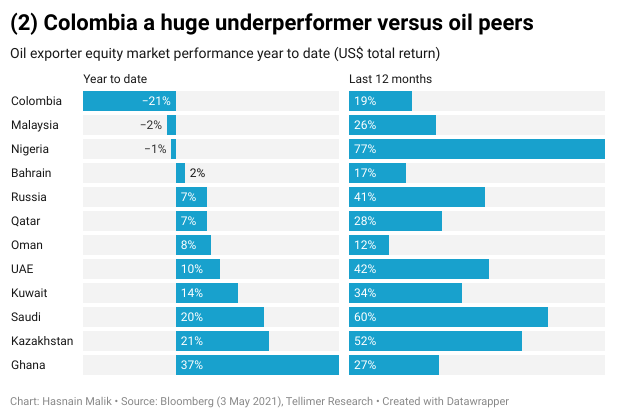 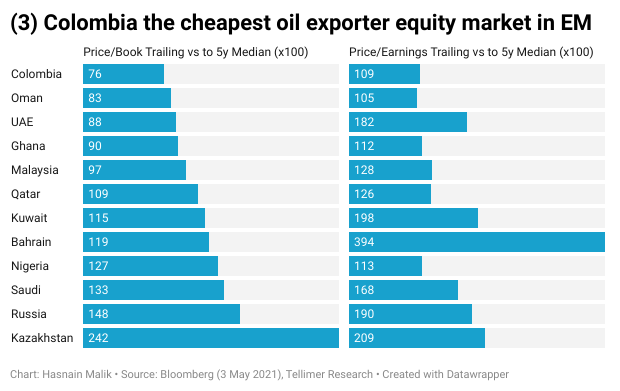 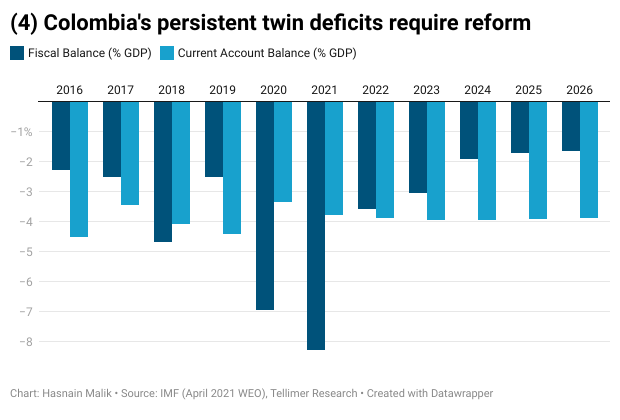 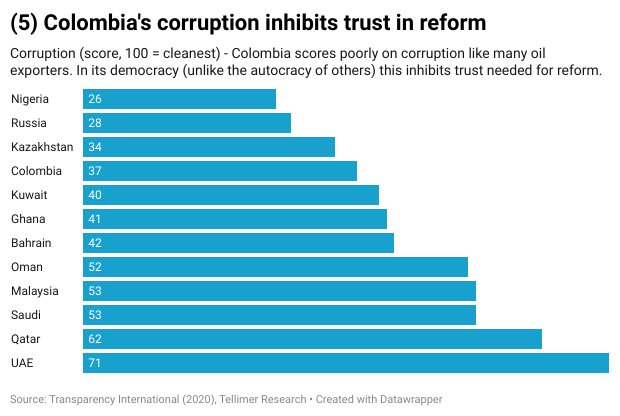 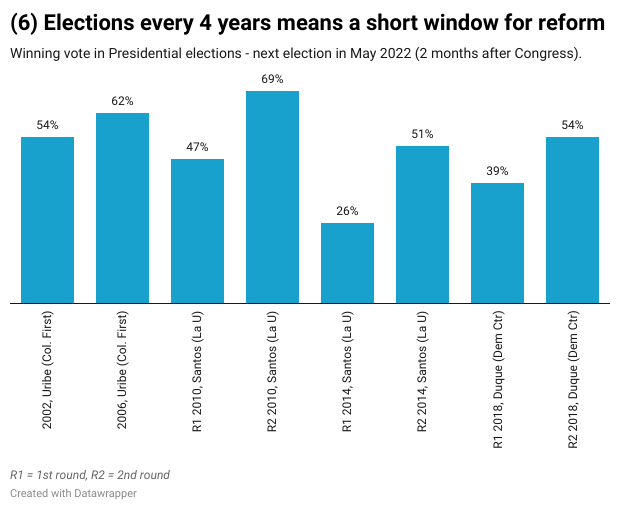 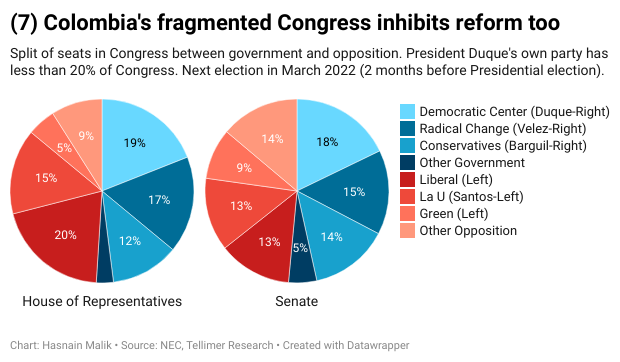