Colombia set for more rate hikes, although pace is uncertain

Colombia's central bank, Banco de la Republica, continued its hiking cycle with a 100bps increase in its policy rate at its last meeting of the year, on 16 December. The Bloomberg consensus expected the move, which saw the rate increase from 11% to 12%.

It was the 11th increase in this tightening cycle, which began 15 months ago, and brings the cumulative increase so far to 1,025bps. The policy rate is at its highest level in 23 years (since 1999) as the central bank fights inflation at its highest since then.

The 100bps hike is the third in a row, with the previous move coming in October, after the central bank signalled moderation after 150bps increases at each of its meetings in June and July. Still, the policy rate has now doubled since May. 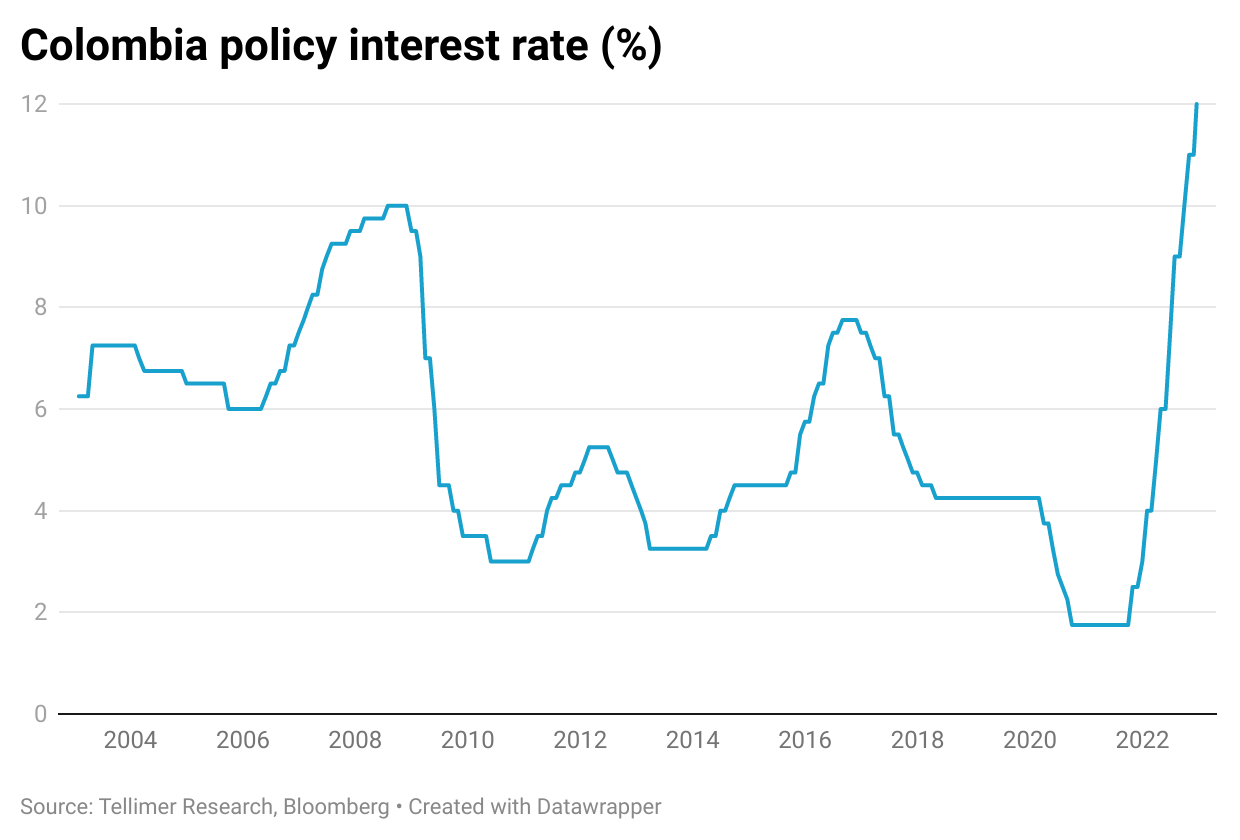 The decision by the bank's board of directors was by majority. Four directors voted in favour of a 100bps increase. One director voted for a bigger increase (125bps), and another voted for a smaller increase (25bps). This compares to the unanimous decision in October.

In its short statement, the central bank noted that inflation was higher than expected in November and remained on an upward trend. CPI inflation was 12.5% yoy last month, up from 12.2% in October and 11.4% in September. In fact, bar one month (May 2022), there has been an increase in the annual rate (ie taking the first difference in yoy rates) every month since April 2021. Core inflation (excluding food and regulated items) had reached 8.8%, according to the central bank (this compared to 7.5% in September). The bank attributed this to accumulated exchange rate pressure on prices and indexation.

The central bank also noted that inflation expectations remain above target on all horizons. Its December survey showed inflation will probably be 7.5% and non-food inflation is expected to be 7.0% by the end of 2023. This is higher than the 6.7% headline inflation for end-2023 in the October survey. It compares with the bank's 3% inflation target. 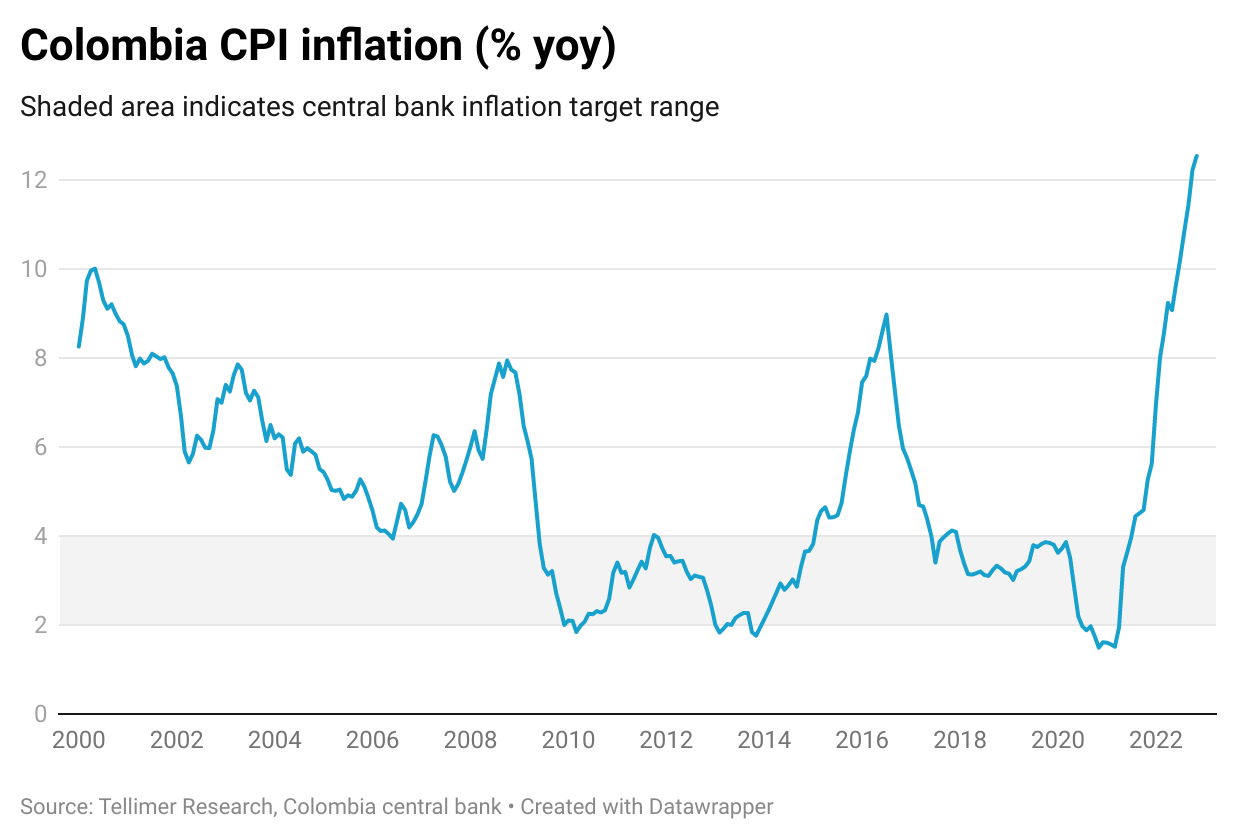 The central bank now forecasts real GDP growth of 8.0% this year (little changed from its recent forecasts). It noted that GDP growth reached 7.1% yoy in Q3 and exceeded the technical staff's forecast (6.4%), although it said activity has slowed down in recent months.

There appeared to be no substantive changes to the bank's forward guidance, which alludes to more rate increases, although we observe the wording has changed from its adjustment process being "consistent with the convergence of inflation...at its 3% target" in its October statement to now bringing inflation back to its 3% target; which sounds a bit less confident about the outlook to us and seems to revert more to its September wording (if our interpretation is correct, that marks a reversal after just one meeting, and may indeed be significant), suggesting there is still more tightening to come, although how many more hikes and at what pace is unclear.

In his remarks to the media, Governor Villar said "We are getting close to the end of the cycle of rate rises, which doesn’t necessarily mean that we are there yet", according to Bloomberg.

As we noted in October, perhaps the bank has signalled moderation in the pace of increase, although it is still proceeding cautiously, and we think not yet at the end of its tightening cycle, as some market participants had been hoping. However, slowing activity and base effects should help to ease inflation readings next year.

In addition, real interest rates are much less – albeit still – negative based on actual inflation, but are positive – and well above the neutral rate – based on one-year ahead inflation expectations.

Investors will look closely at the minutes of the December meeting, due to be published on 20 December, for more clues about forward guidance and the outlook for rates.