The current price of the Chinese yuan (CNY) in US dollars is 0.1565. Our machine-learning model forecasts a move to 0.1612 – an appreciation of +3.0% – over the next 12 months; but the path taken to get there will not be linear. The model first projects a break above the five-year high of 0.1602 within the next few months, followed by a move back down to 0.1525, before finally rallying towards 0.1612.

Downwards channel, but stronger than ever

CNY/USD has been trading inside a broad downwards channel (depicted on the chart below) for the past decade; however, there are clear signs of a shift in momentum. 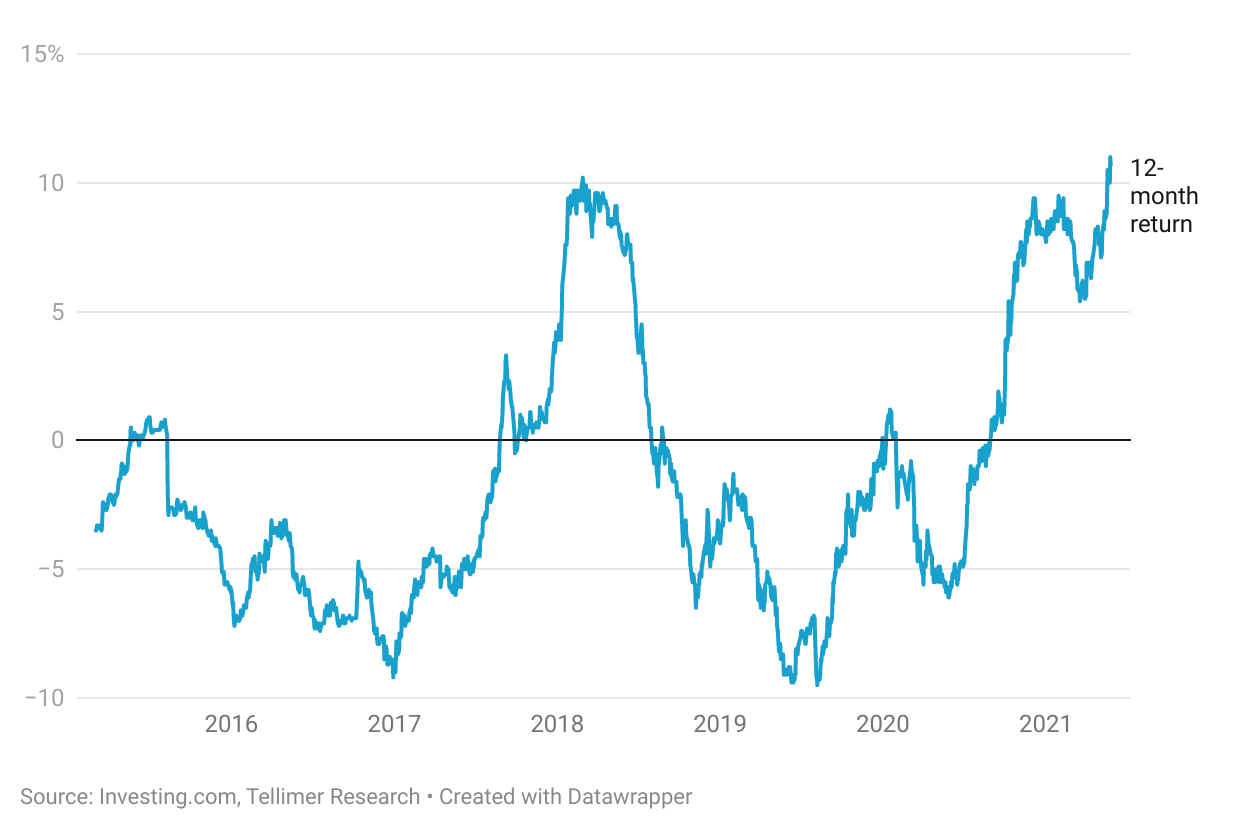 Last year’s rally to the top of the channel saw eight consecutive months of positive trading, the highest recorded since 2008. CNY has also increased its ability to string together consecutive positive months throughout the past 10 years – highlighting the growing bullishness. 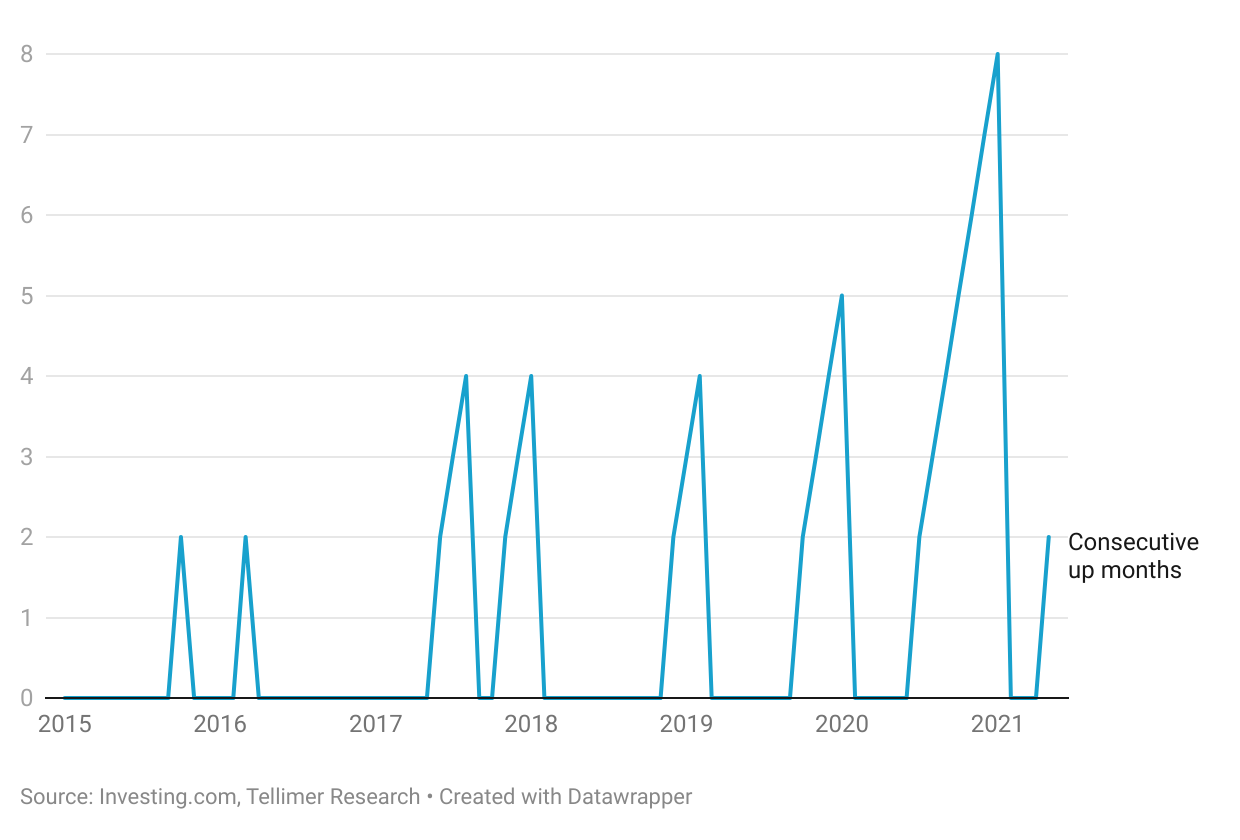