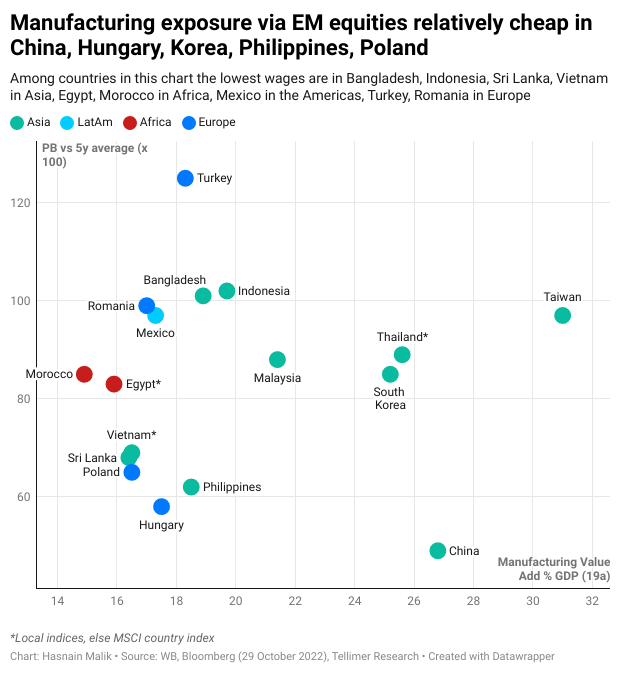 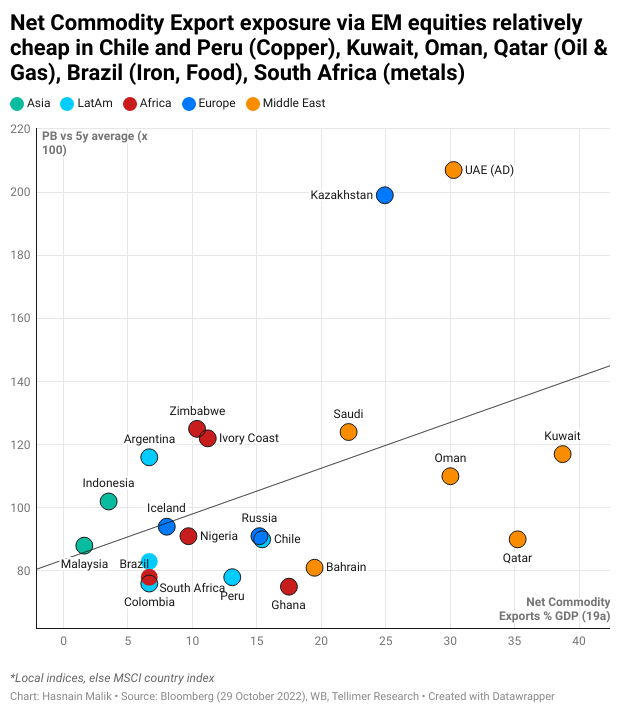 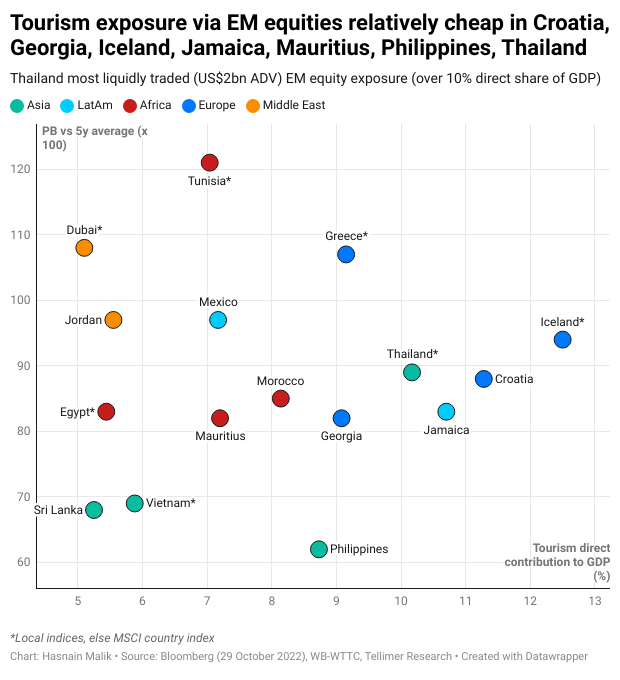 The only guides for us remain a combination of equity market valuation and liquidity, short- and long-term macroeconomic growth prospects, economic policy credibility and currency risk.

Recap of our top-down strategy view

Our top-down strategy view remains one grounded in active country selection over passive index-tracking and exposure to a mix of manufacturing, tourism and tech, where this exposure is cheap relative to history. That is because we try to strike a balance between short and long term, with a value bias.

That is not everyone’s approach, and the EM Country Index can be flexed to reflect different approaches (eg more risk-averse, less valuation-centric).

A mix of cheap commodities, tourism, manufacturing and tech... while structural reform has paused

India is less appealing than before

India offers exposure to many of these traits (particularly leap-frogging technology, alternative manufacturing location to China and pro-business reform), but it is no longer as cheap relative to history, particularly as monetary policy tightens, or as committed to reform as it was (with Prime Minister Modi's priority now the next general election, in 2024).

Abu Dhabi, which is increasingly dominated by related party companies – eg International Holding Company, Alpha Dhabi and Aldar – has also become something of a special situation, with the interplay between these companies already more important than, for example, oil prices or regional geopolitics, for trading volume and country index performance.

China, Taiwan, and Vietnam in Asia, Chile in LatAm, the UAE in the Middle East, Hungary, in Europe, and Mauritius in Africa, are among the highest-ranked out of c50 emerging equity markets in our new Tellimer EM Country Index.

Structural reform has disappeared in emerging markets: Where might it revive?

Manufacturing exports in emerging markets: The elixir of growth

IMF lending since the Ukraine war: Where are we? (Culverhouse)

IEA sees faster Renewables transition, but who pays or votes for it?

FATF updates its Grey List, one piece in the ESG mosaic

Education and innovation in emerging markets: A look after World Teachers' Day

China: What happened to Hu?

Sri Lanka: Upgrade to Buy as bonds drop to 25 cents on the dollar (Curran)

Nigeria: Demonetisation won't salvage the naira – not a game-changer for banks (Ogabi)

Nigeria: Securitising CBN loans may not signal the end of monetisation (Ogabi)