China and US scramble for Africa

Why would US Secretary of State Antony Blinken end his Africa trip this week, his first in the 10 months since he started in this role, in Senegal; the small West African country with total imports and exports of just over US$1bn, and a population of merely 17mn?

The answer lies in what takes place next week.

The Forum on China-Africa Cooperation (FOCAC) is scheduled for 29-30 November in Dakar, Senegal. It will be the eighth iteration of the triennial event, with the inaugural one in 2000.

The focus for investors is the amount of capital pledged by China, in the form of grants, concessional loans, trade finance and debt write-offs. The last two FOCACs have each seen US$60bn of pledges.

The world has changed since the 2018 FOCAC

China's slowing growth may bring into question its capacity for large overseas capital pledges and, if so, this matters particularly in instances of sovereign debt distress, especially where it is the largest external creditor.

There is consensus scepticism over BRI projects, in terms of the competitiveness of the bidding process, the long-term value of those projects and the implementation obstacles encountered (balance of debt versus equity finance, security of fuel supply, access to land, sanctity of long-term purchase contracts and local opposition to using imported Chinese labour).

This scepticism does not always have merit in our opinion: we argue that BRI reinforces the existing characteristics of the recipient country's political economy, just as capital inflow from other foreign sources does.

Regardless of the standalone ethical merits of BRI, there is very little prospect of the G7's "Build Back Better World" Initiative, which professes higher ambition on climate impact mitigation, anti-corruption and labour rights, ever matching the scale and capital outlay of BRI.

Some may interpret China's economic development strategy shift to "dual circulation", which places greater emphasis on self-sufficiency, as a move away from imports of any kind.

But it is more accurately viewed as: 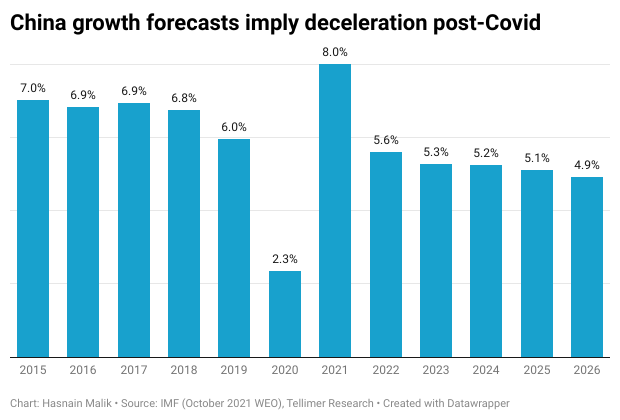 Irrespective of the recent Biden-Xi call, China-US competition is as intense across the trade, territorial and technology spheres as it was under the Trump administration.

Most emerging countries, including those in Africa, of course, want good relations with both, and the associated trade and investment flows and defence and diplomatic cover. But the space for emerging countries to navigate between the US and China is shrinking.

One issue that, under Biden, likely hampers the US and favours China is the language of morality injected into its foreign policy: something that ideologues in the US administration portray as a universal concern for human rights and many in emerging countries view as a selectively applied lacquer for foreign policy that remains driven by realpolitik.

For emerging country leaders, including those in Africa, navigating domestic political challenges, sometimes of their own making, the amoral and non-interference stance (at least, overtly) of China can be preferable.

Ethiopia, with the current conflict between the Abiy Ahmed elected government and the Tigray rebels, is a case in point: Abiy supporters argue that the US is undermining the democratic ideals it professes to champion and ignores the historic monopolisation of political power under the Tigray-dominated EPRDF.

Veteran specialist Africa investors and analysts hate when relative newcomers refer to Africa as if it is one country. The problem is that this is often how the US and China, the two largest external influences on the continent, view it. Not so much as one country but one region among all the others globally where they compete.

In 10 charts below, we illustrate how Africa appears to be carved up by Chinese finance and trade on the one hand, and the US military on the other.

China, over the past decade, has become a much bigger source of finance and trade for Africa than the US, albeit at levels now lower than past peaks. The erosion of US importance is partly driven by its waning interest in Africa's hydrocarbon resources, eg Nigeria, following the shale revolution and in the ongoing transition to renewable energy, and the priority given by its fastest-growing and largest private sector companies (in technology, pharma and branded consumer goods) to commercial opportunities in Asia's emerging middle class.

Meanwhile, the US remains the dominant international military presence in Africa. But it may open space for others as its "War on Terror" winds down. The Horn of Africa (Djibouti, Eritrea, Ethiopia, Kenya and Somalia), which matters for the security of sea transit to the Suez Canal to the north and minerals access to the likes of Democratic Republic of Congo to the west, is one such region where all the world's militaries appear to be converging. 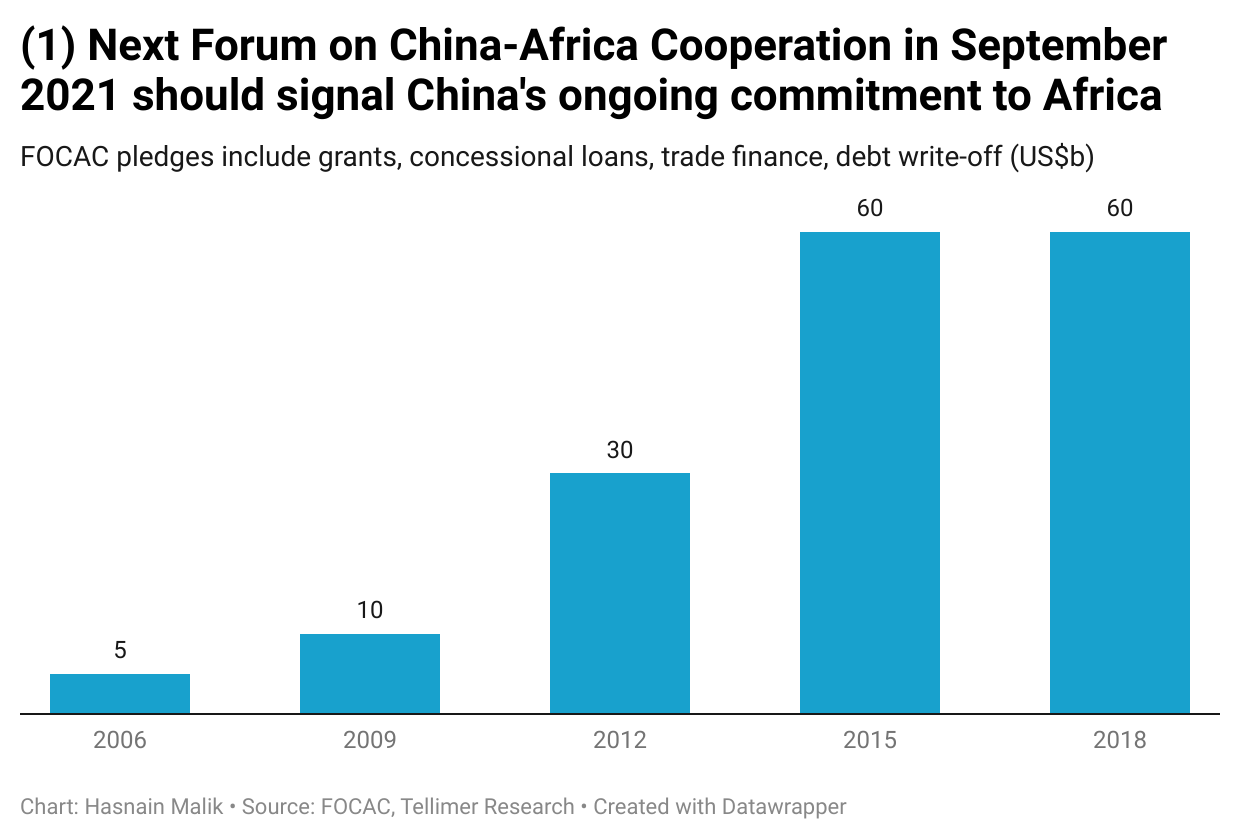 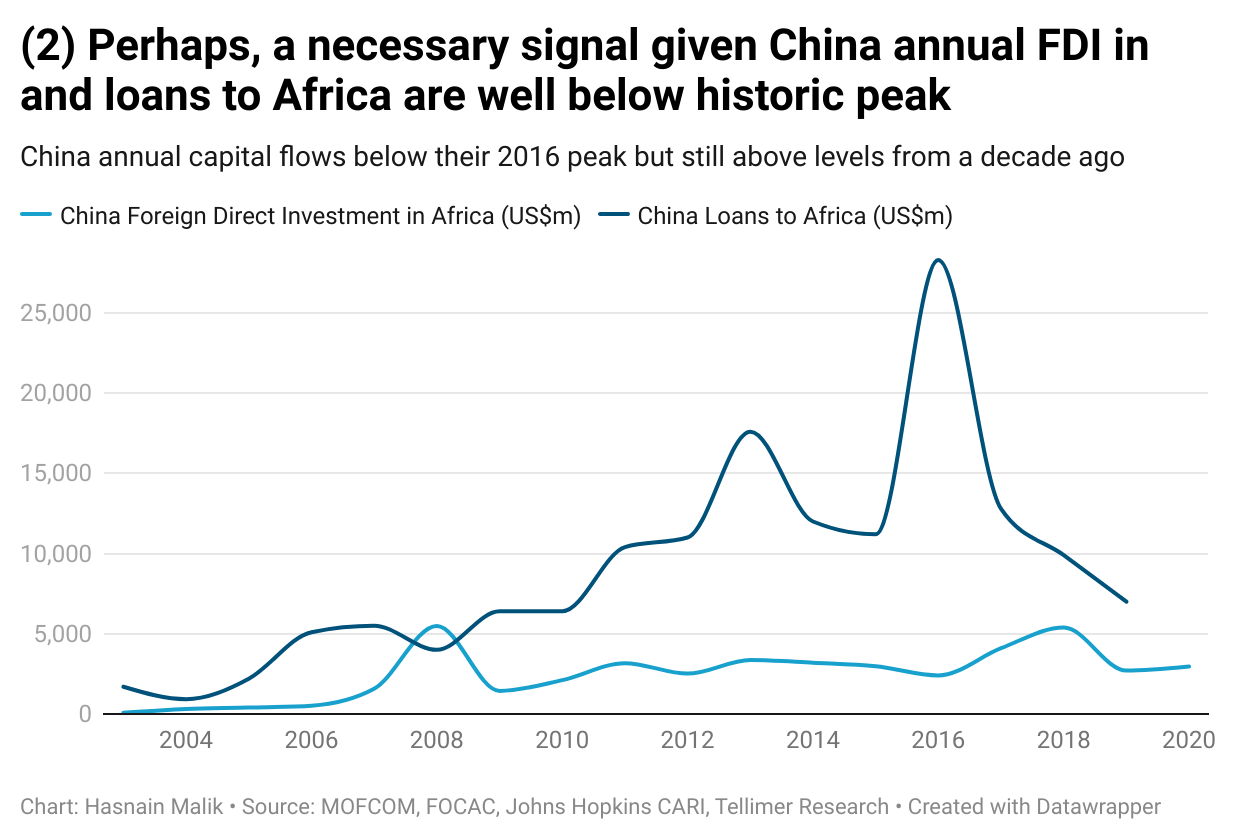 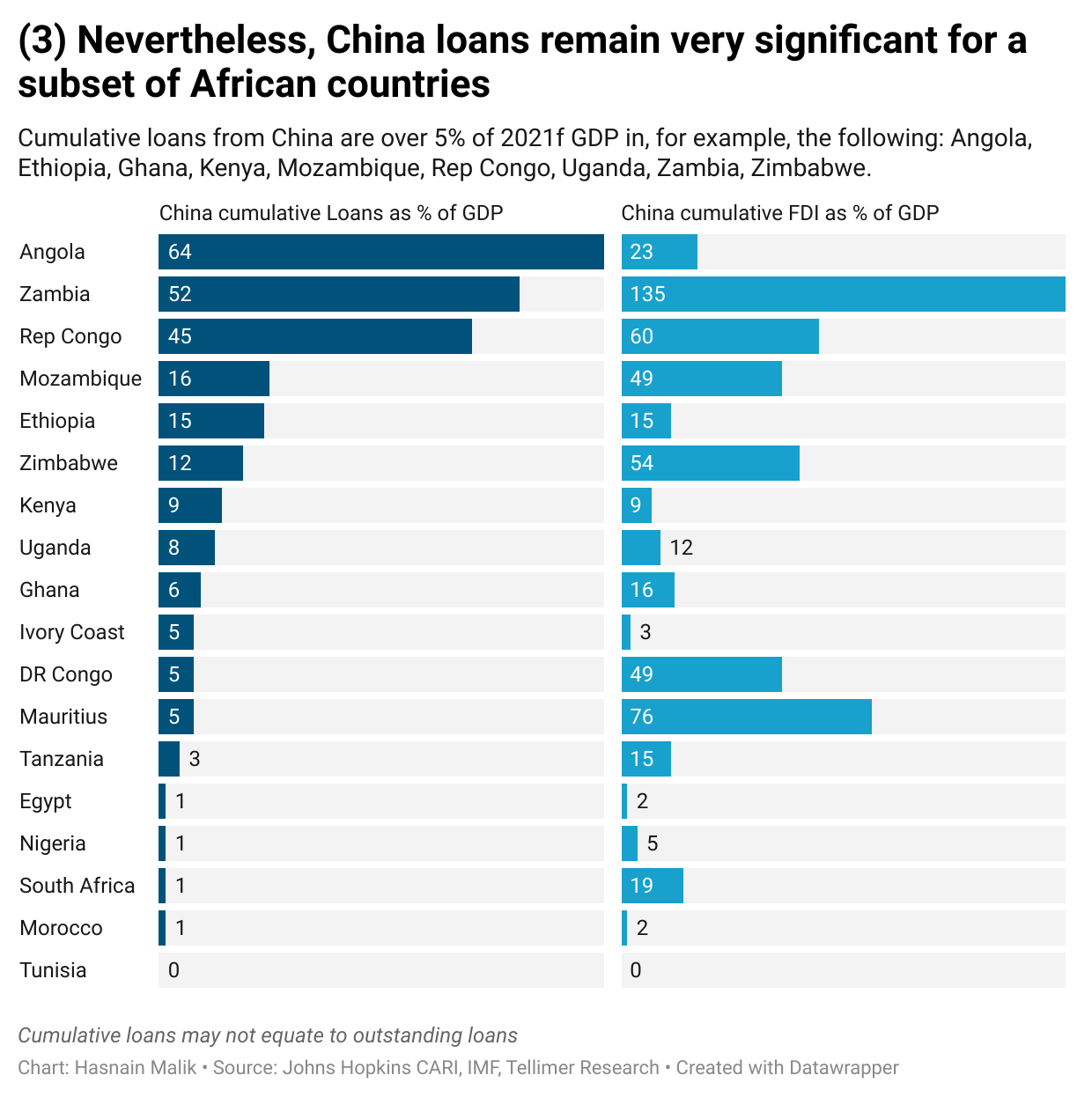 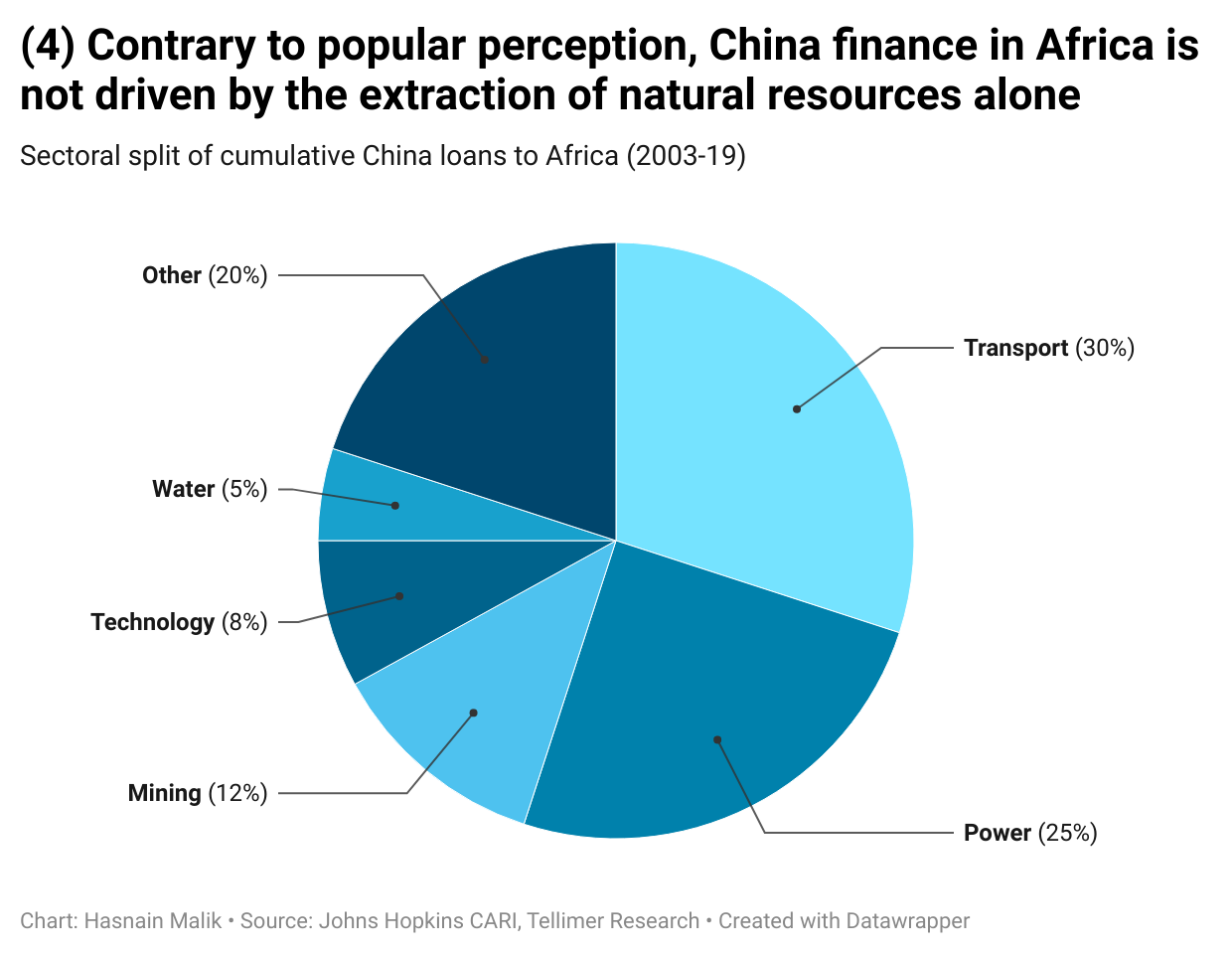 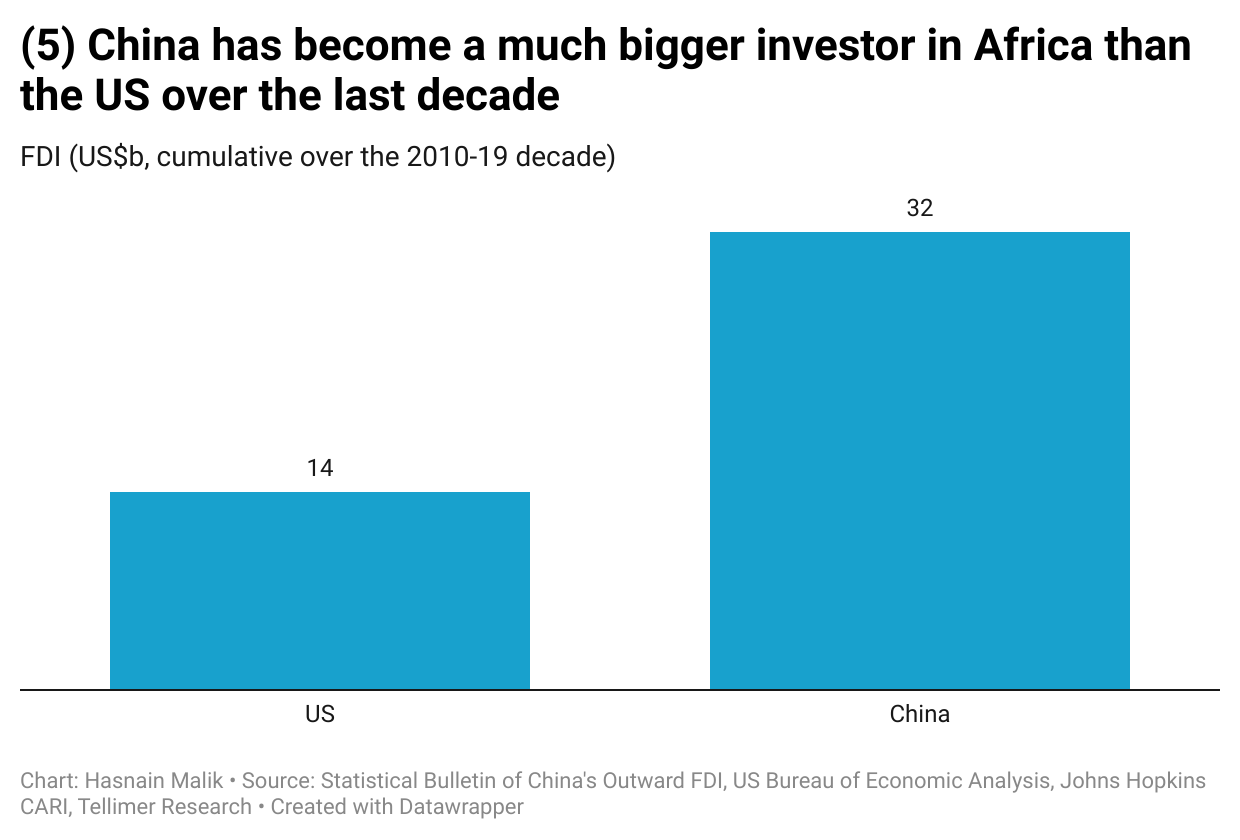 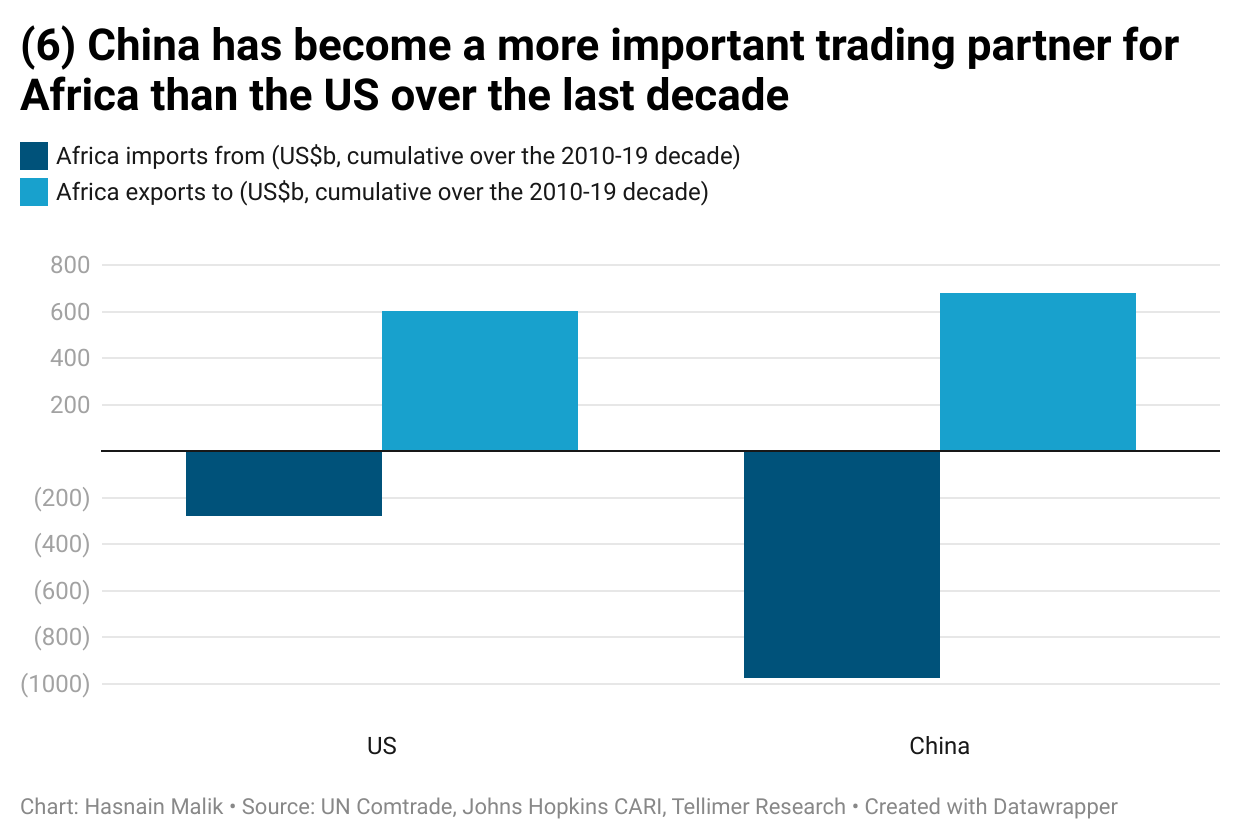 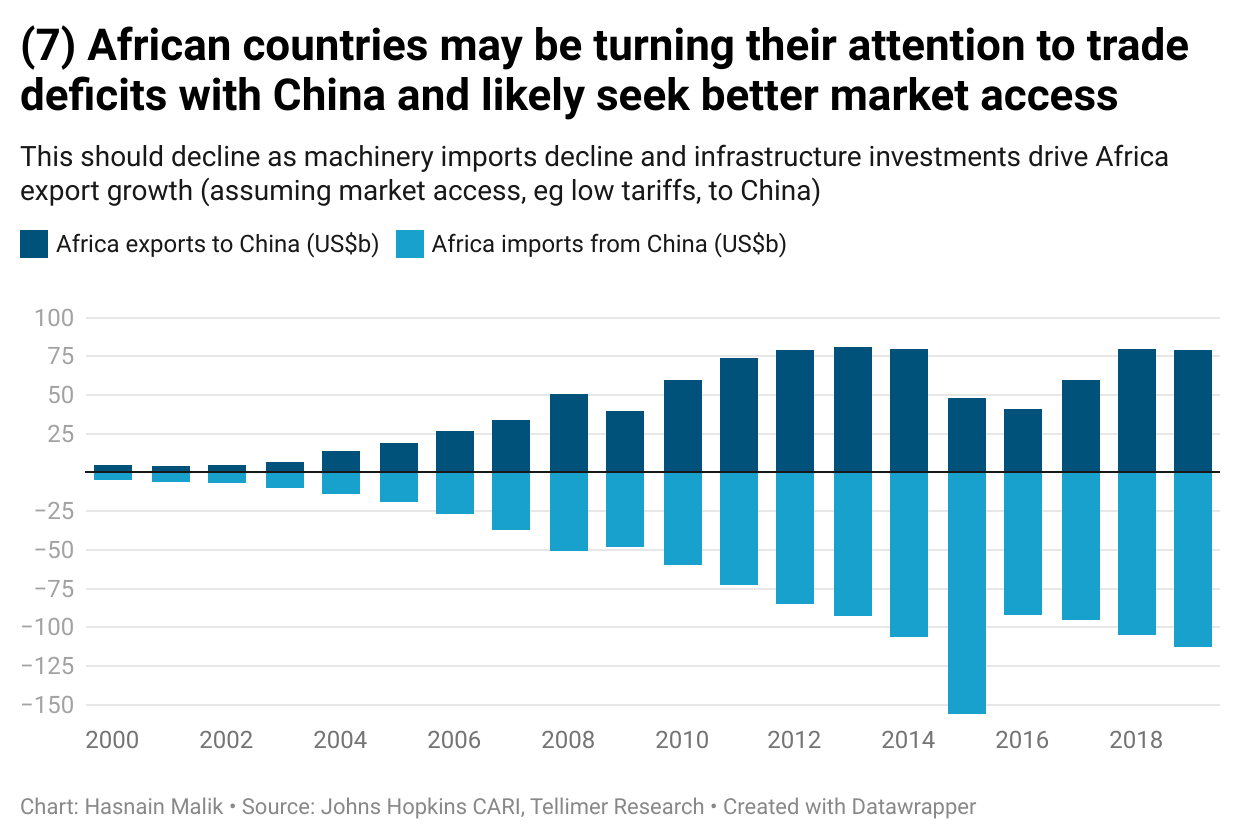 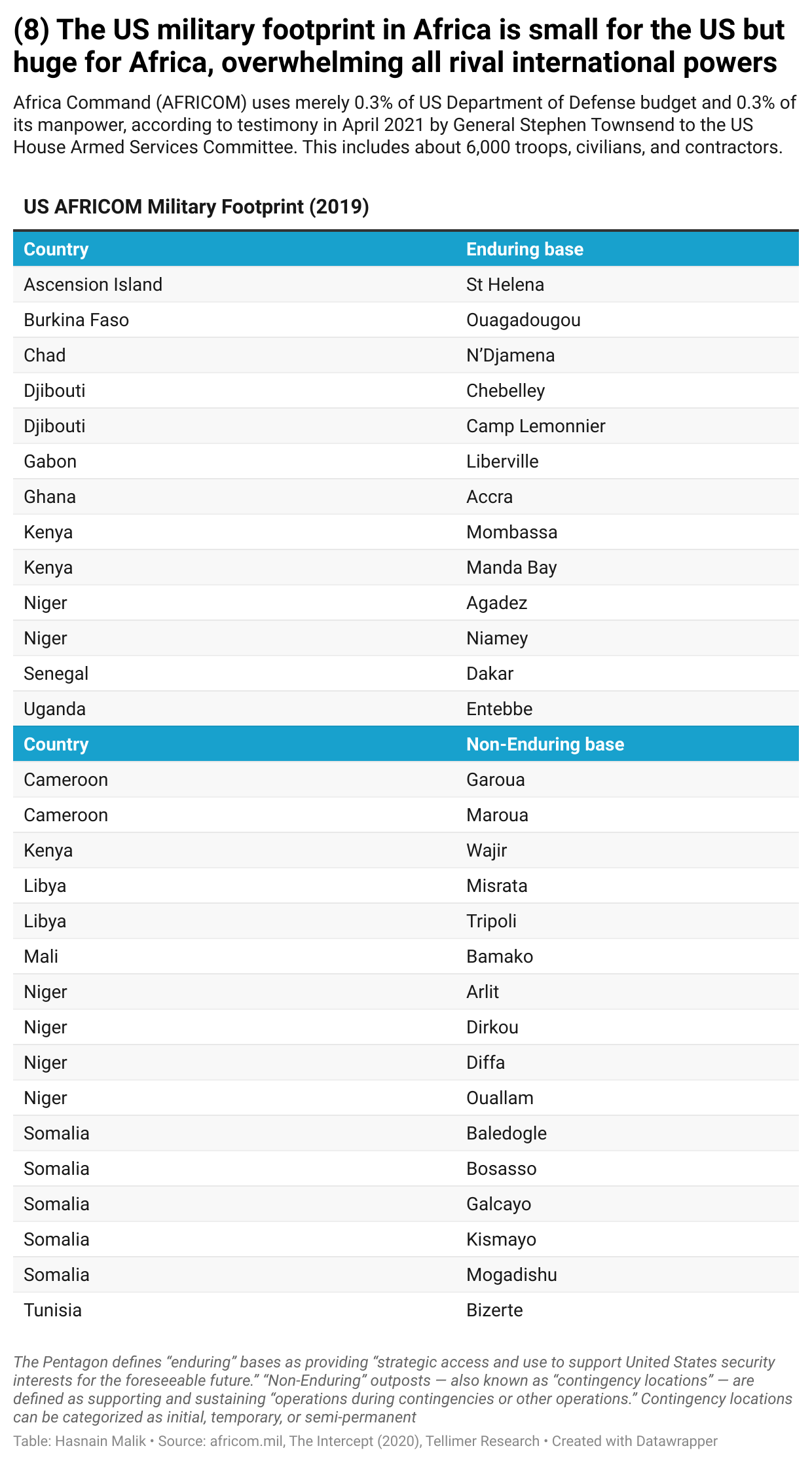 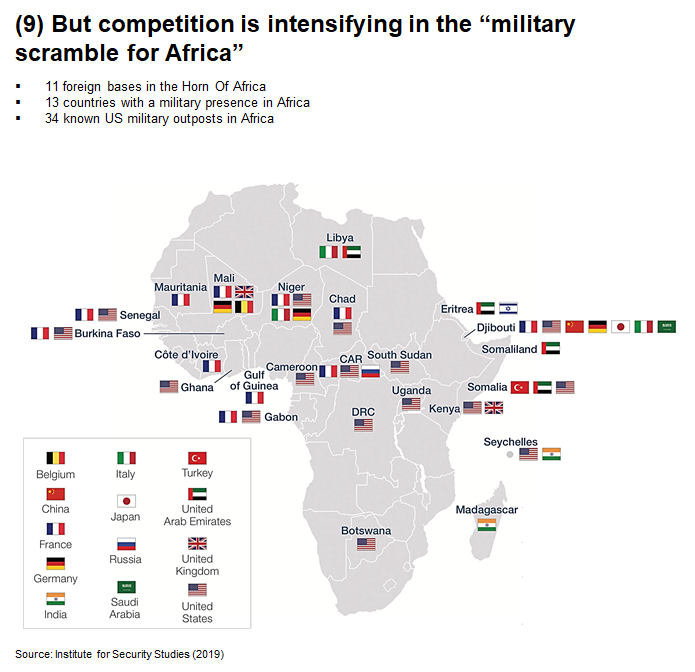 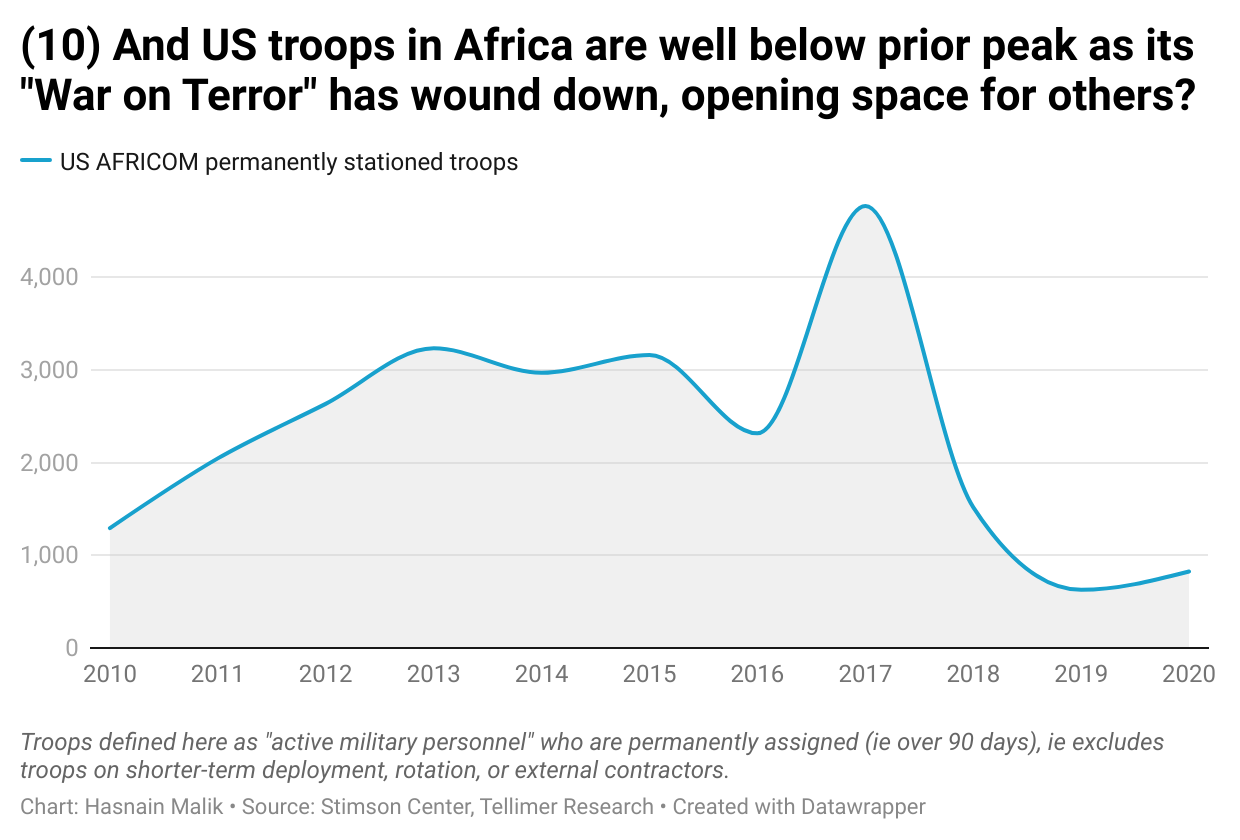 Africa was initially somewhat insulated from Covid economic disruption because of its young population, but, as more variants of the virus spread, the continent may take longer to normalise because of its lagging full vaccination rate.

In this context, China has successfully gained geopolitical favour via its Covid 'vaccine diplomacy' compared with the relative hoarding of vaccines by the US and the EU. 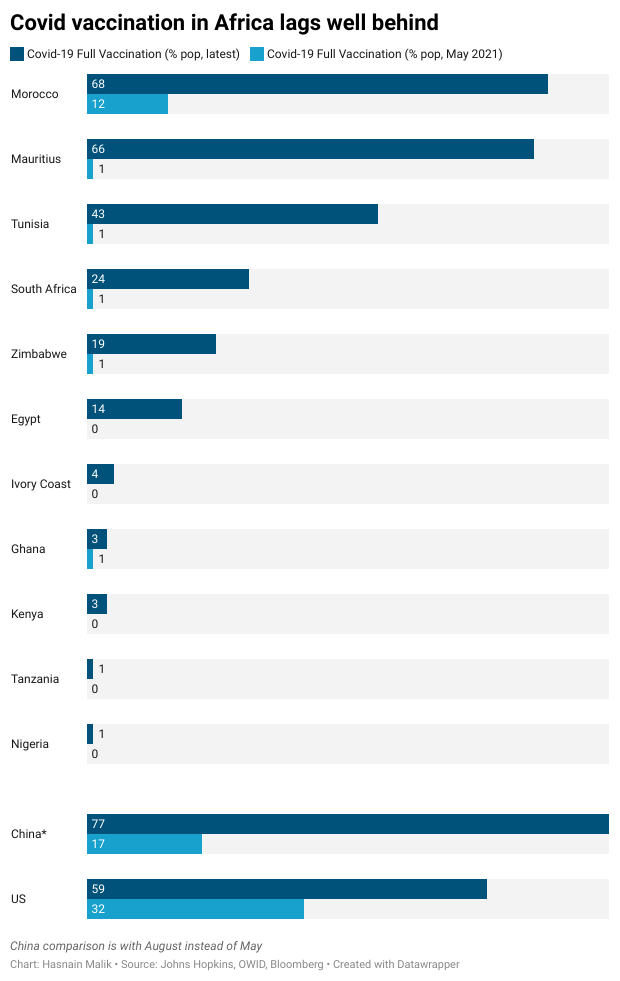