On March 3, Ahli United Bank (AUBBI) disclosed that the US$400mn AUBBI 6.875% Perp would not be redeemed on the first call date, which is 29 April. The bond is callable on subsequent coupon payment dates, and the lender stated that its capital structure 'will be reassessed depending upon the results of the KFH (Kuwait Finance House) transaction.' Completion of that transaction has been temporarily suspended until December 2020. There have been reports that Kuwait’s finance minister had asked to reassess the transaction, but both AUBBI and KFH have said no correspondence has been received. These reports add to uncertainty regarding the AUBBI 6.875% Perp.

Bank Dhofar (BKDBOM) has decided not to redeem the US$300mn BKDBOM 6.85% Perp at the first call date, which is 27 May. The lender cited 'the current extraordinary market circumstances due to the Covid-19 pandemic' as one reason for the decision. The Perp is callable at every subsequent coupon payment date, and the bank says its position will be re-evaluated taking market conditions and capital into account. The bank had previously approved issuance of Additional Tier 1 instruments of US$300mn (or OMR equivalent). The new issue approval suggests the BKDBOM 6.85% Perp may well have been called if the issuer was able to replace it.

The table that follows shows perpetual securities issued by financial institutions in the CEEMEA region, ordered by the first call dates. The ATF Bank and Bank CenterCredit perpetual securities are excluded. Following the announcements from AUBBI and BKDBOM, there are three other call dates to watch this year – in June, September and November. Current valuations suggest that the market does not assign a very high probability to these call options being exercised. For First Abu Dhabi Bank (FABUH) and Emirates NBD (EBIUH) the likelihood of the call options being exercised is higher, we think, than it would have been for AUBBI or BKDBOM. Having said this, we acknowledge that even these much larger UAE banks face challenges – Q1 2020 net profit was down in excess of 20% yoy at FABUH and EBIUH. Both banks’ capital ratios remain above regulatory minimums and positively, some forbearance measures have been introduced in the UAE.

The chart that follows shows the difference between yields to the first call date and to perpetuity (YTC and YTP). For Ahli United Bank (AUBBI) YTC is now calculated to the October 2020 call date. Unsurprisingly, the difference in yields is greatest for securities with near-term call dates. 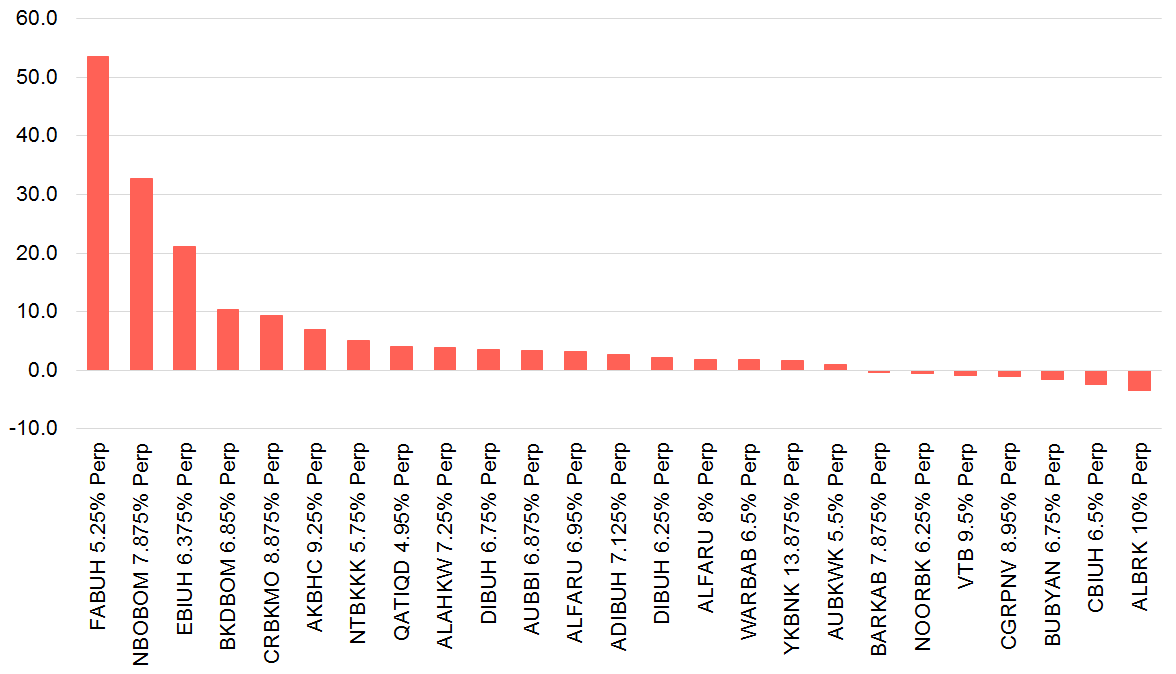 The ATF Bank and Bank CenterCredit perpetual securities have remained outstanding many years after the first call dates. These examples suggest we ought to value bonds which are not called to perpetuity. However, in March this year Gazprombank announced that it would redeem a US$1bn perp, which was first callable in April 2018. We think this is especially noteworthy as US and EU sanctions have restricted access to the Eurobond market for Gazprombank for a number of years. Outside of our coverage region, we note Santander’s decision to redeem a EUR-denominated perpetual security after skipping the first call. Decisions at Gazprombank and Santander suggest securities may not always be true perpetuals even when first calls are skipped. Favourable market conditions and the ability to replace these securities may prove key. 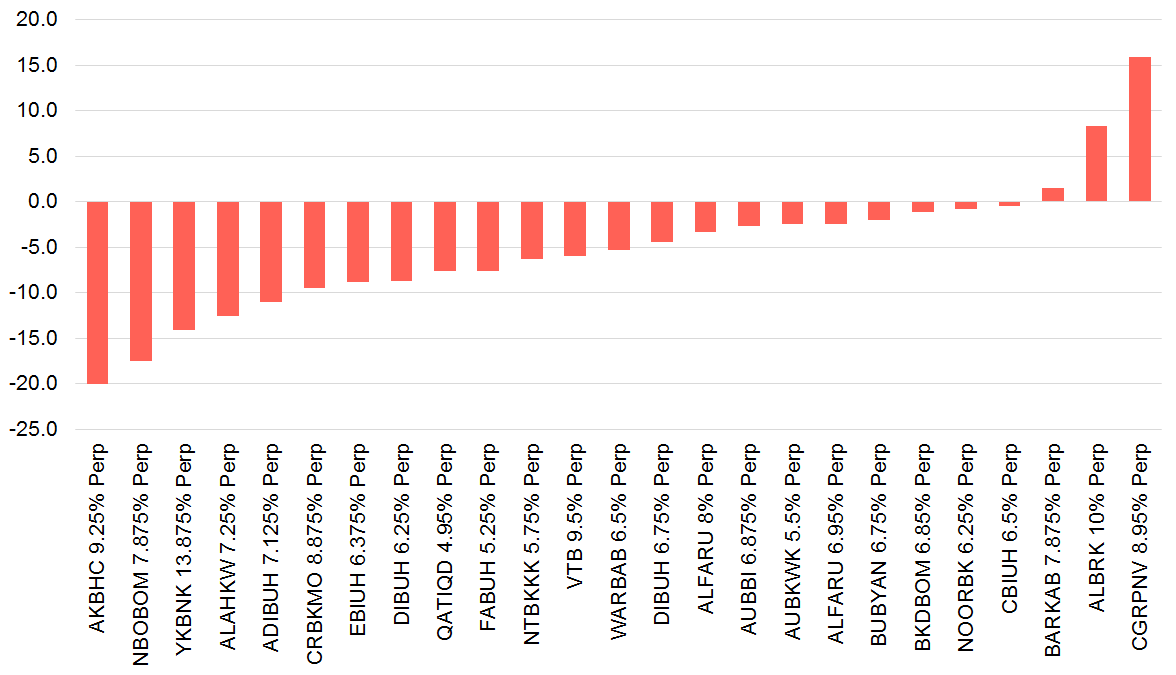