Carbon credit markets: How they work and measuring their impact

Carbon markets are on the agenda for COP26 – scheduled to start on 31 October – with a focus on finalising the rules needed to implement the Paris Agreement. Discussions will revolve around increasing the robustness of carbon markets and resolving the issues around international transparency. The ambitious aim is to link all carbon trading systems to create a universal system that encourages all countries to keep to their commitments and supports the move to net zero.

Carbon credits and their associated markets

A carbon credit (or offset) is a generic term for any tradable certificate representing the right to emit one tonne of carbon dioxide or the equivalent amount of greenhouse gases (tCO2e).

Carbon markets were created to incentivise the reduction of greenhouse gas emissions by placing a price on emissions.

There are two distinct markets for carbon credits:

The EU's Emissions Trading Scheme is the world's first and largest compliance carbon market by volume of carbon traded. The scheme issues credits called EU Allowances (EUAs) – one EUA entitles a firm to emit one tonne of carbon. Its cap and trade system imposes a fine of EUR100 for every excess tonne of emissions over a given allowance unless EUAs are purchased to cover the shortfall.

It launched in 2005 but suffered from low carbon prices due to a general oversupply of allowances. This situation prompted tightening policy interventions in 2018 which subsequently caused prices to triple from EUR8 to EUR25 per tonne. The Covid era ushered in a period of lower emissions for businesses, but despite this, carbon credit prices have remained buoyant as speculators look to invest in these instruments. 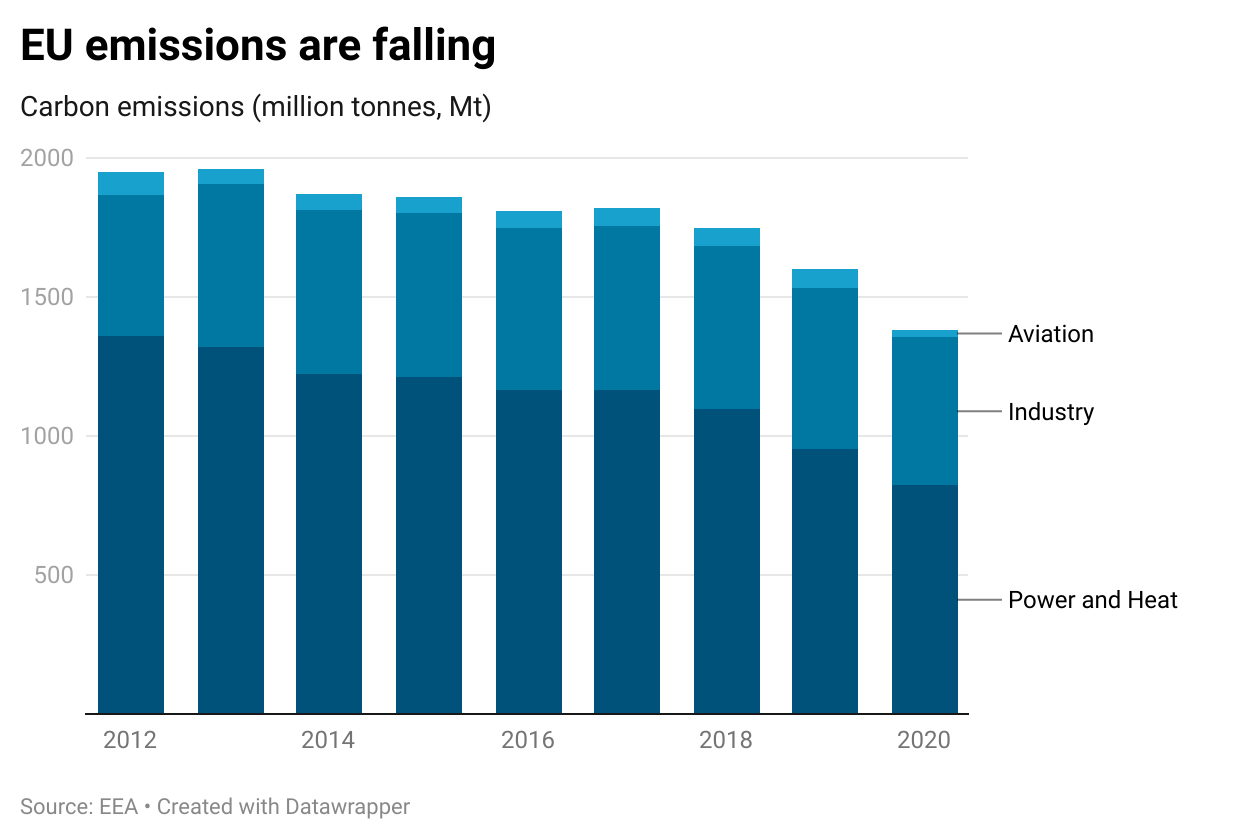 The prospect of carbon credit prices increasing with a tightening climate policy in Europe brings acute awareness to the cost of emitting carbon in the future and fast-tracks the implementation of reduction projects that might not have been considered at current prices.

At its inception, the EU ETS was designed to be part of the nascent international carbon market and allowed businesses to purchase qualifying international credits not covered by the EU ETS. However, due to oversupply and a focus on local emissions, restrictions were put in place as of 2021 that resulted in the use of “offsets” (credits for emissions reductions outside the EU ETS) being no longer permitted.

Looking at a country’s GDP, divided by their carbon emissions per tonne from energy use, results in a metric that goes some way towards measuring how much economic value a nation creates for every tonne of emissions it generates, or how economically “efficient” it is with its emissions. It also provides an insight into the buffer (in terms of GDP per tonne of emissions) a nation has to allocate towards carbon market adoption and elevated carbon pricing. 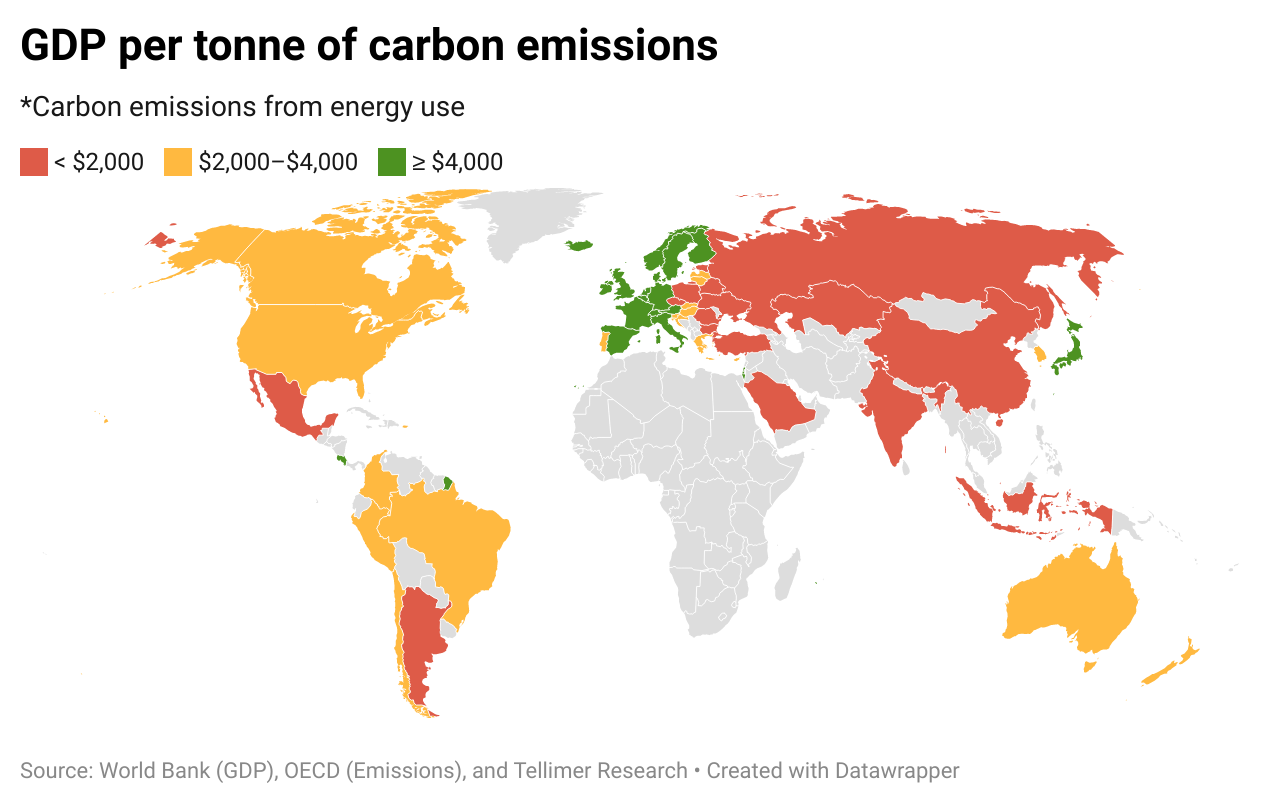 Europe’s adoption of carbon markets has succeeded in reducing emissions in absolute terms and in terms of GDP. But it should be said that the region also has the most economic headroom to accommodate such measures, because most European nations – with the exception of eastern Europe – have a GDP per tonne of emissions that is higher than the rest of the world.

Countries that have a lower GDP to emissions ratio will find it harder to economically justify the full adoption of carbon credits at a similar benchmark to Europe of EUR60 per metric tonne of carbon emissions. Countries with a low ratio but that are considered to be high growth and developing countries, such as India, will likely face less international pressure to adopt European benchmarks for carbon pricing. However, highly developed nations such as Canada, the US, Australia, and New Zealand will likely be met with more international pressure.