The next general election in Brazil is about 20 months away and populism is clearly going to drive economic policy more than reform. The abrupt removal of the CEO of Petrobras on 19 February, by President Jair Bolsonaro, confirms this shift but should not come as a shock. With commodity prices a positive tailwind and valuations now attractive (after the sharp sell-off), we turn less negative on Brazil relative to other large EM equity markets. 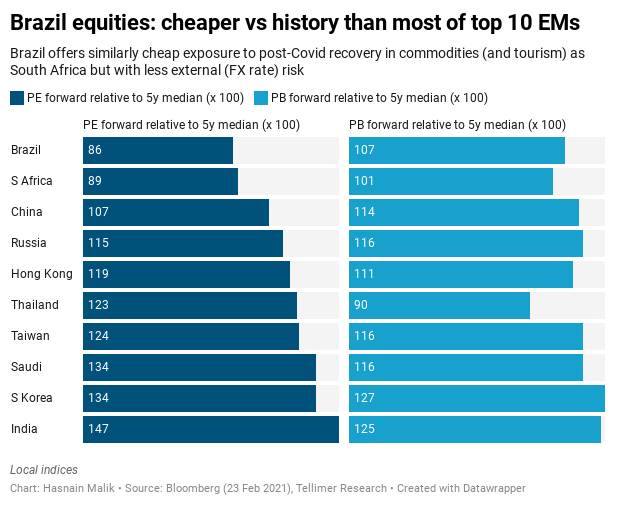 Brazil equities fell c5% and the FX rate fell c2.5% in response to the news. But this should not be a shock to anyone witnessing the tussle over renewing the Covid-19 fiscal stimulus, which expired in December, the election of leaders of the houses of Congress with less control and less commitment to reform than their predecessors, the rise in unemployment (up 2pp to 14% since the 2018 election) and the deterioration of Bolsonaro's approval ratings (disapproval is 43% versus approval of 31%) back to levels seen prior to the Covid-19 fiscal package.

We are under no illusions about the negative signals sent by the change at Petrobras (we list these below) but we also argue that commodity prices should be tailwind for the Brazil economy (commodity exports are c7% of GDP), and particularly the largest listed stock, iron ore producer Vale (16.1% of MSCI Brazil and 13.3% of the local index), and valuation is now looking more compelling. The local IBOV index is on a forward PE of 11.3x, a c15% discount to the 5-year median (the largest discount among the larger emerging markets). 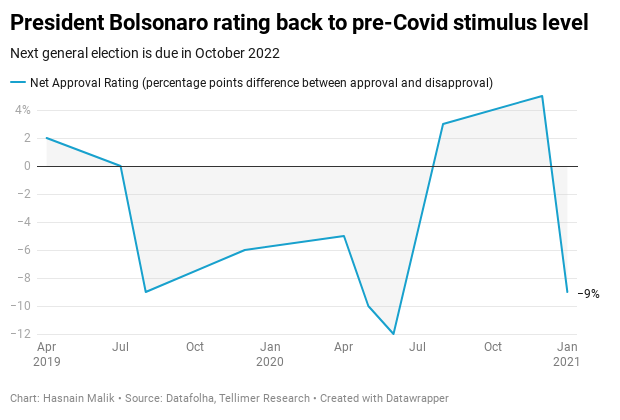 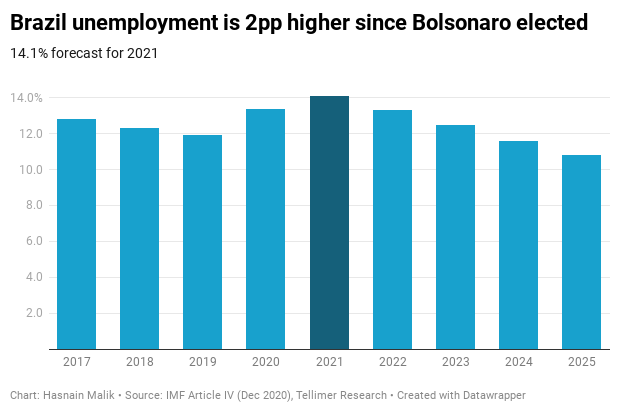 Confirmation that populism will prevail over reform

"Admitting my ignorance in many areas is a sign of humility. I'm certain I know a lot more about politics than [Finance Minister] Guedes, but he knows much more about the economy than I do." President Jair Bolsonaro in January 2019.

The replacement of the CEO of Petrobras by President Bolsonaro, on 19 February, sends a number of negative signals: 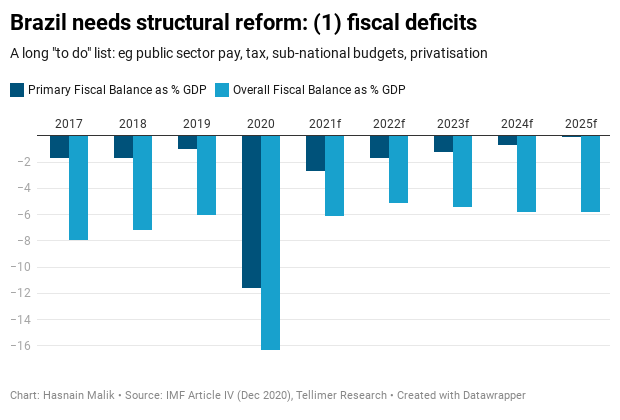 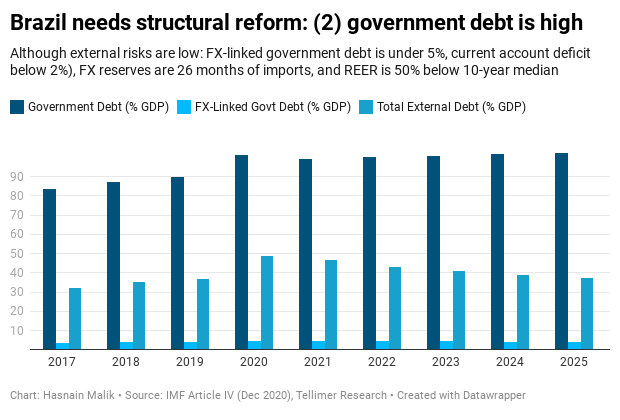 Brazil: Congress leaders save Bolsonaro from impeachment but may not help reform (February 2021)