21 May 2021
Published by Tellimer Research

It is Belize's second consent solicitation request in a year, after a previous one was launched in June 2020 following the onset of the pandemic. That was approved, and deferred payments on the Superbond were capitalised until February. The 20 May coupon was meant to be the first payment since then.

We consider the consent solicitation, if approved, as tantamount to default, although it would avoid a formal payment default, and reduce any risk of acceleration or litigation during the period it is in effect.

The new consent solicitation is no real surprise, however, after the government had already announced on 10 May its intention to consult with bondholders about the May coupon. This follows the government's announcement of its intention to seek a restructuring of its foreign debt, including its sole foreign bond (the Superbond), in March and its presentation of a low-ball offer on 4 May. It had therefore been preparing the ground.

What we don't know, however, is whether those talks actually happened after the 10 May announcement and if so, whether they built sufficient informal support to launch this consent solicitation on the basis that it would be accepted. If so, there is a good chance the consent solicitation will be approved, allowing some breathing space to negotiate a restructuring (like Ecuador last year), although that is still no guarantee of an orderly process, especially given bondholders insistence on an IMF programme and the authorities resistance to one. If not, or if no agreement was reached, it would suggest the authorities have just pressed ahead regardless, which may not bode well for future bondholder discussions.

It is not clear what will happen next. The 1 June deadline could be extended if there is insufficient support from bondholders, and extended again and again until there is either agreement or the 30-day grace period expires, whichever is sooner.

If there is no agreement, and the consent solicitation is rejected, the government will then face a choice between either paying the May coupon at the end of the 30-day grace period in order to avoid default – although the spotlight would then fall on what happens to the August coupon (perhaps the government will seek another consent solicitation by then, or may have made more progress on restructuring) – or it will default anyway.

Given the mood music so far, we think a hard (payment) default looks more likely than paying if the consent solicitation is rejected, but this would be no great surprise either. Default would, however, put creditor negotiations on a confrontational footing from the outset (or more confrontational than they already are).

The bonds have softened on the news, with prices down about two points this week, to cUS$40.

We retain our Hold. Default could lead to further downward pressure on the bonds, although, arguably, it has been well flagged, so any technical selling may be limited. Conversely, we see upside potential as a robust and well-coordinated creditor committee may be able to negotiate better terms – although liquidity in this small bond with concentrated holdings may be limited, and even more limited post-restructuring if the bond falls out of the benchmark index. 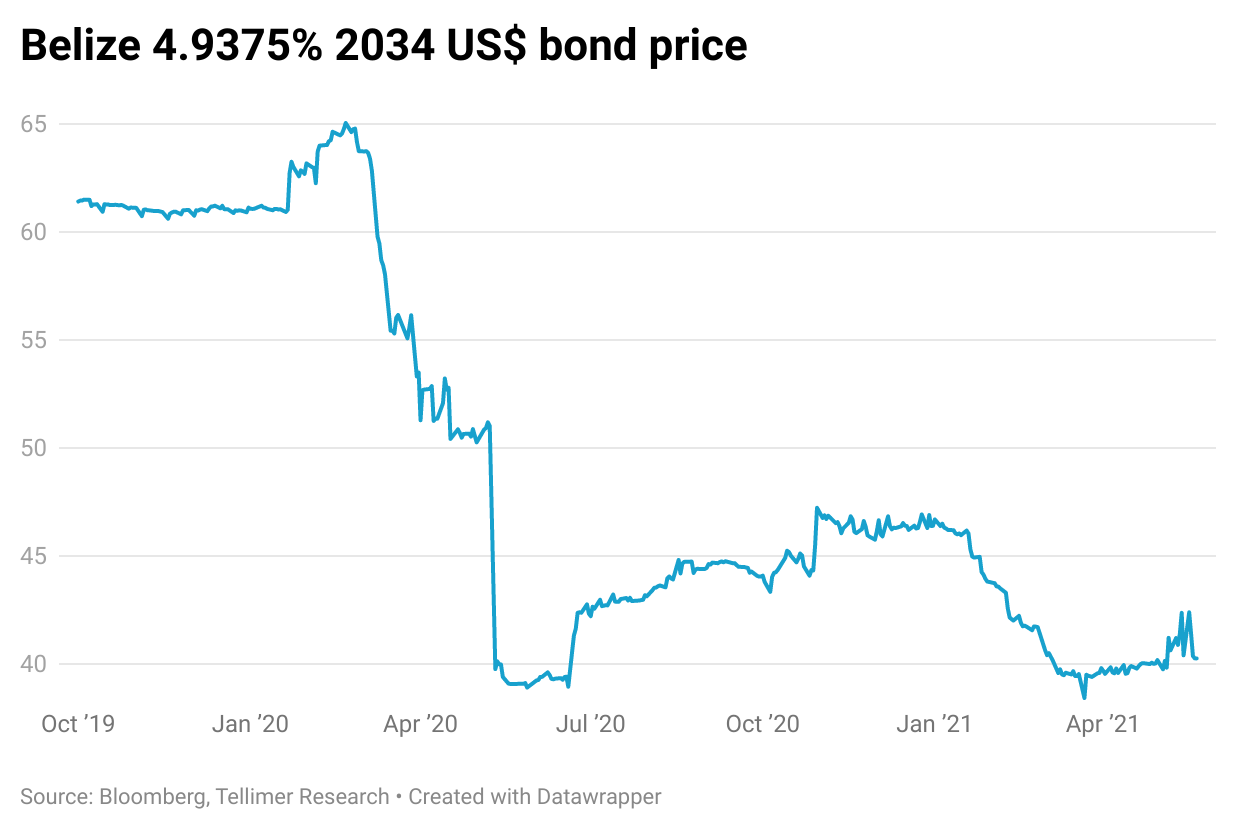