However, although the original timetable was perhaps too tight, it's not really a question of time. Rather, it's about the government's approach, following the presentation of its proposed restructuring terms on 4 May. According to media reports, a group of bondholders announced on 2 June that they will not support the consent solicitation after the government rejected their proposal for private discussions under an NDA. Bondholders argue the government is not willing to open restructuring negotiations or to consider a counter proposal.

In addition to the extension to the deadline, the government also issued a Supplement, which seeks to clarify the aggregate principal amount of the bonds currently outstanding and confirms that the effect of the grace period extension would be to extend the earliest date that a principal restatement, if any, were to occur in respect of the 20 May 2021 coupon payment to 19 October 2021.

But the clock is ticking. As we noted previously, if there is insufficient support from bondholders, the deadline can be extended again and again until either there is agreement or the 30-day grace period expires, whichever is sooner.

The bonds have remained relatively unchanged on the news, suggesting that holders had largely discounted an extension (and rejection by bondholders), with latest prices hovering around cUS$41 on Bloomberg (indicative mid-price basis). We calculate the government's offer is worth about US$30 in PV terms, expressed per unit of existing principal, at a 12% exit yield.

We retain our Hold. 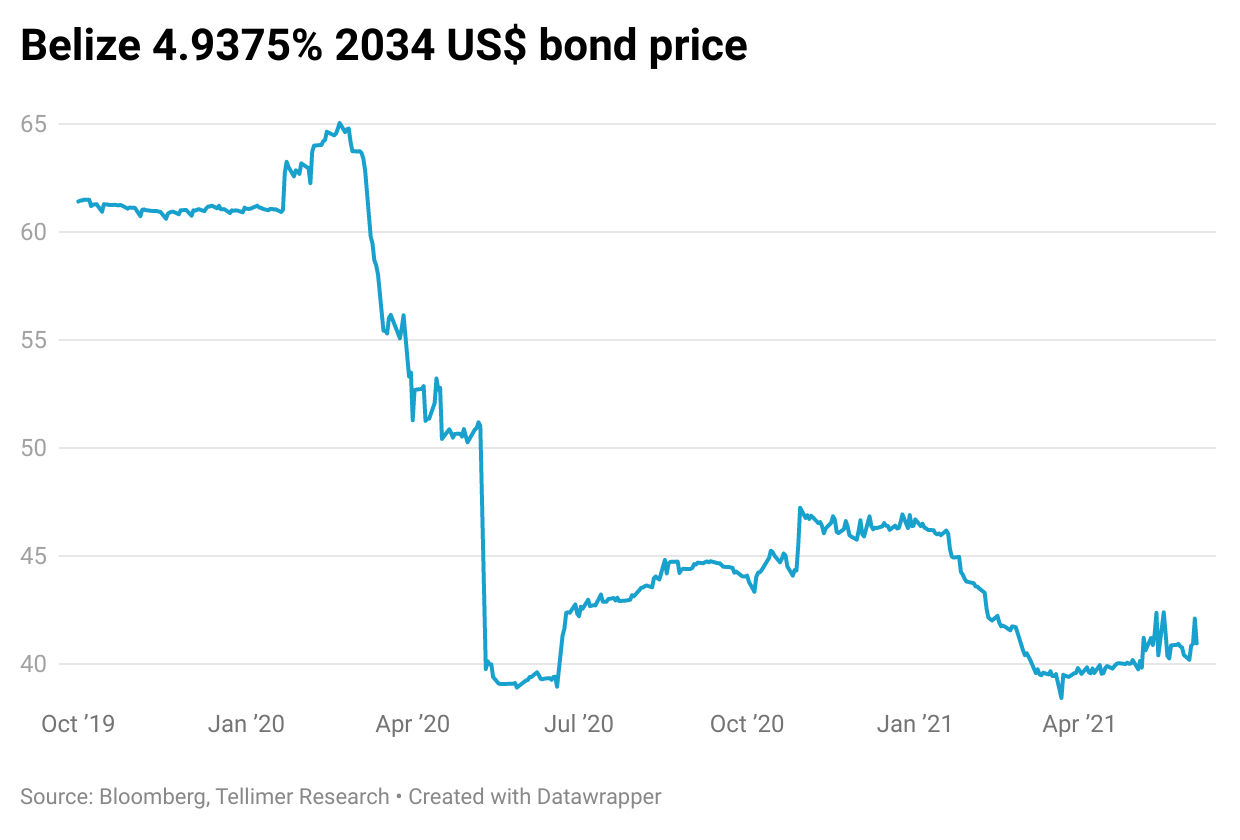