Belarus: Putin has Lukashenko's back, for now

As protests in Belarus entered their sixth week since the country's disputed presidential election on 9 August, and President Lukashenko met President Putin in Sochi on Monday, the cost of the ongoing political uncertainty has shown up in risks to the country's sovereign rating (B3/B/B). S&P lowered the outlook on its B rating to negative on Friday, which we think is the first rating action among the three main agencies since the election, although rating pressure probably won't come as much of a surprise to investors. US$ yields spiked after the election, rising by some 100bp on the 2031s to peak at 7.7% (see chart). However yields have since eased back towards 7% and are now only 30bp wider than their pre-election level, and the inverted yield curve has flattened.

S&P noted that economic, financial stability, and balance of payments risks are on the rise. The agency noted withdrawals from the banking system and the conversion of savings into foreign currency, which has put downward pressure on the currency. The Belarusian ruble (BYN) is down 20% against the US$ ytd. This will increase the government debt/GDP ratio given the high share of foreign currency debt (albeit an increase from a relatively low level in net debt terms). S&P noted gross reserves have fallen by US$1.4bn (15%) since the beginning of August to US$7.5bn, to stand at 2.6 months of imports (and 13.8% of GDP). On a positive note, S&P stated that most of the government's borrowing requirement for this year has already been met, reducing immediate refinancing risks. However, it noted foreign currency debt repayments remain elevated, estimated at cUS$3bn (5.5% of GDP) annually in 2021-22. The agency also noted that protracted political uncertainty will weigh on medium-term growth prospects.

Last weekend was the fifth successive weekend of protests against President Lukashenko since the election, and it was one of the biggest yet, with reports of as many as 150,000 people on the streets of Minsk. The Interior Ministry said 774 people were arrested across the country. The UN Human Rights Council announced yesterday that it will hold an urgent debate on the human rights situation in Belarus, following a request from Germany. The meeting will be held on 18 September. Meanwhile, the EU continues to monitor the situation and the imposition of sanctions. Belarus is on the agenda of the next EU Foreign Affairs Council meeting scheduled for 21 September.

President Lukashenko visited Russia on Monday for a face to face meeting with President Putin. For Lukashenko, the meeting was an attempt to shore up Russia's economic and political support for Belarus, and provide him with an opportunity to argue he is worth the Kremlin’s continued backing, and that he has the domestic situation under control (the weekend's protests, however, appear to suggest the opposite).

Lukashenko may also have been keen to use the meeting to demonstrate – to his own citizens and the international community – that he has Russia’s support. Indeed, the post-election standoff looks likely to increase Lukashenko's reliance on Russian support out of necessity, especially when faced with the prospect of increasing international isolation, something that we suspect Moscow will gladly welcome. Recall that Putin had already promised to send Russian police to Belarus if necessary, intervening if the situation gets out of control, and joint military drills started on Monday and will last until 25 September.

The meeting resulted in a promise of financial support – and in that sense Lukashenko will be able to present it as a success – and renewed existing economic and defence commitments, but there was little else of substance amid vague pledges of continued political support (few other details of what was discussed and agreed were made available). According to media reports in advance, Belarus had been seeking to reschedule US$1bn in debt repayments to Russia (Russia is Belarus's single biggest creditor accounting for about 44% of its public external debt). At yesterday's meeting, Putin agreed to lend Belarus US$1.5bn, part of which will be used to refinance debt, although no terms have been reported (it will be interesting to see what form this loan takes, whether in the form of a eurobond, like Russia's ill-fated US$3bn loan to Ukraine in December 2013). Lukashenko may therefore have got what he wanted, financially at least. Putin also backed Lukashenko’s idea of constitutional reform, according to media reports, although this has already been rejected by the opposition.

But what does Russia want or expect in return? We might expect that the price of Russia's continued support will be closer ties between the two countries (ie Russian dominance), which has long been Moscow's strategic plan for the country anyway. There has been some talk in the media that Russia will back Lukashenko for now, and Putin may want to leverage Lukashenko's weakness to extract more concessions, but that the Kremlin may be planning for his eventual succession behind the scenes.

Putin may be happy to see a change of leadership in Minsk, but one in which he will hope he has control over and can retain influence, rather than something that is decided in the streets of Belarus. However, it is not obvious to us that any Kremlin-supported political solution is going to be sustainable either; whether it will satisfy the Belarusian protesters or appease the EU. Instead, it merely risks turning the current anti-Lukashenko protests into an anti-Russia one. We don't think Putin will want to risk losing Belarus like it has Ukraine. 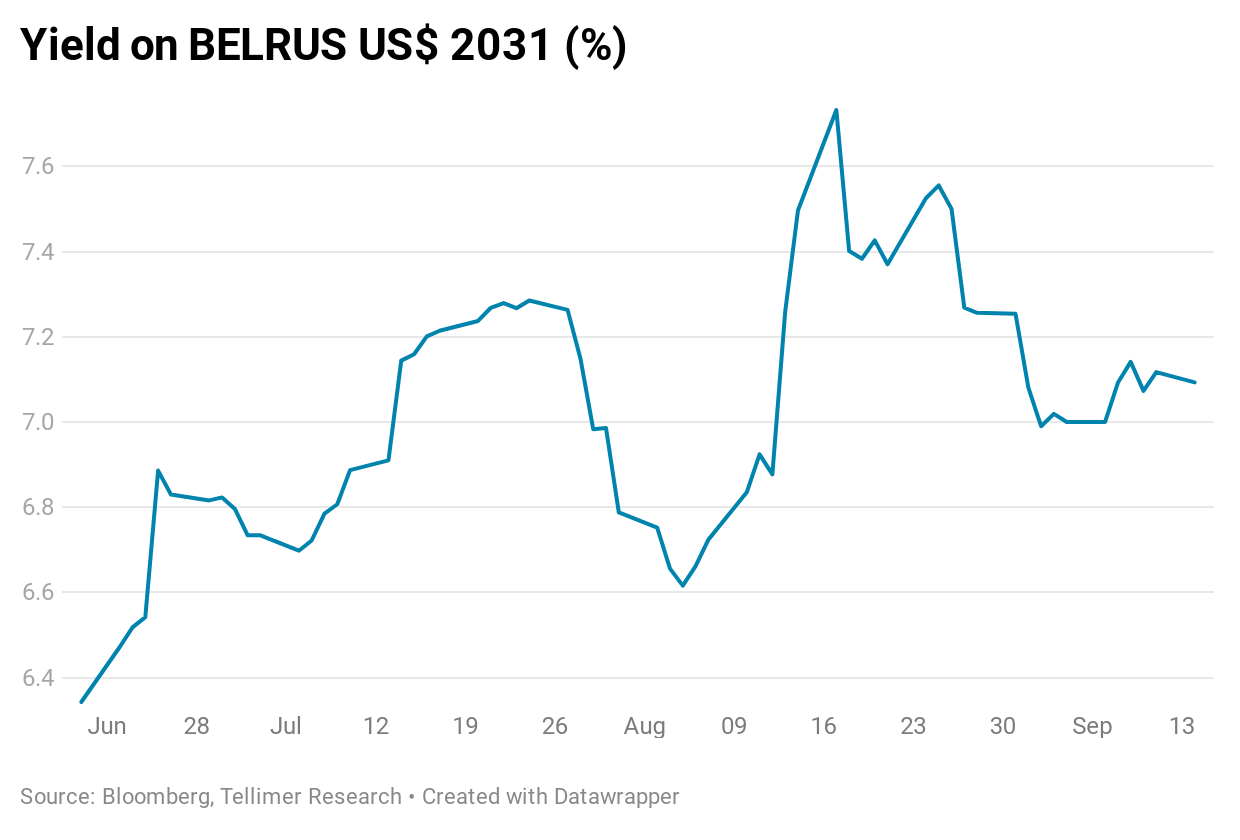