24 May 2021
Published by Tellimer Research

The Belarus military forcibly redirected to Minsk a Ryanair commercial flight from Greece to Lithuania yesterday and, on landing, arrested one of its passengers, Roman Protasevich, an independent journalist who covered the mass protests in Belarus after the disputed election in 2020. The plane was redirected under the false pretence of a bomb threat, amid reports that President Lukashenko personally gave the order to land the plane. The Lukashenko government put Protasevich on a terrorist watchlist in November.

The interception of a flight, between two EU and NATO member states, has drawn international criticism, including from US Secretary of State Antony Blinken, EU Commission President Ursula von der Leyen, and the leaders of Lithuania and Poland, among others. Von der Leyen called for Protasevich’s immediate release. The actions – and further sanctions on the Lukashenko government – are sure to be discussed at a special meeting of the European Council that was already scheduled for today and tomorrow. Sanctions might include the suspension of overflights and other travel restrictions.

At first glance, the immediate impact will be on Belarus, but we draw the following implications, and pose the following questions, for investors in emerging and frontier markets.

We retain our Sell on Belarus US$ bonds, with a yield on the 2031s of 7.16% as of cob 21 May on Bloomberg (mid-price basis). Yields have risen by c40bps this morning, according to Bloomberg opening prices. Our view reflects pre-existing concerns that financing constraints may begin to bite amid limited financing options, even as the Lukashenko government is forced to increase its reliance on Russia. Financing risks will only be amplified by further international sanctions (and sanction risks). 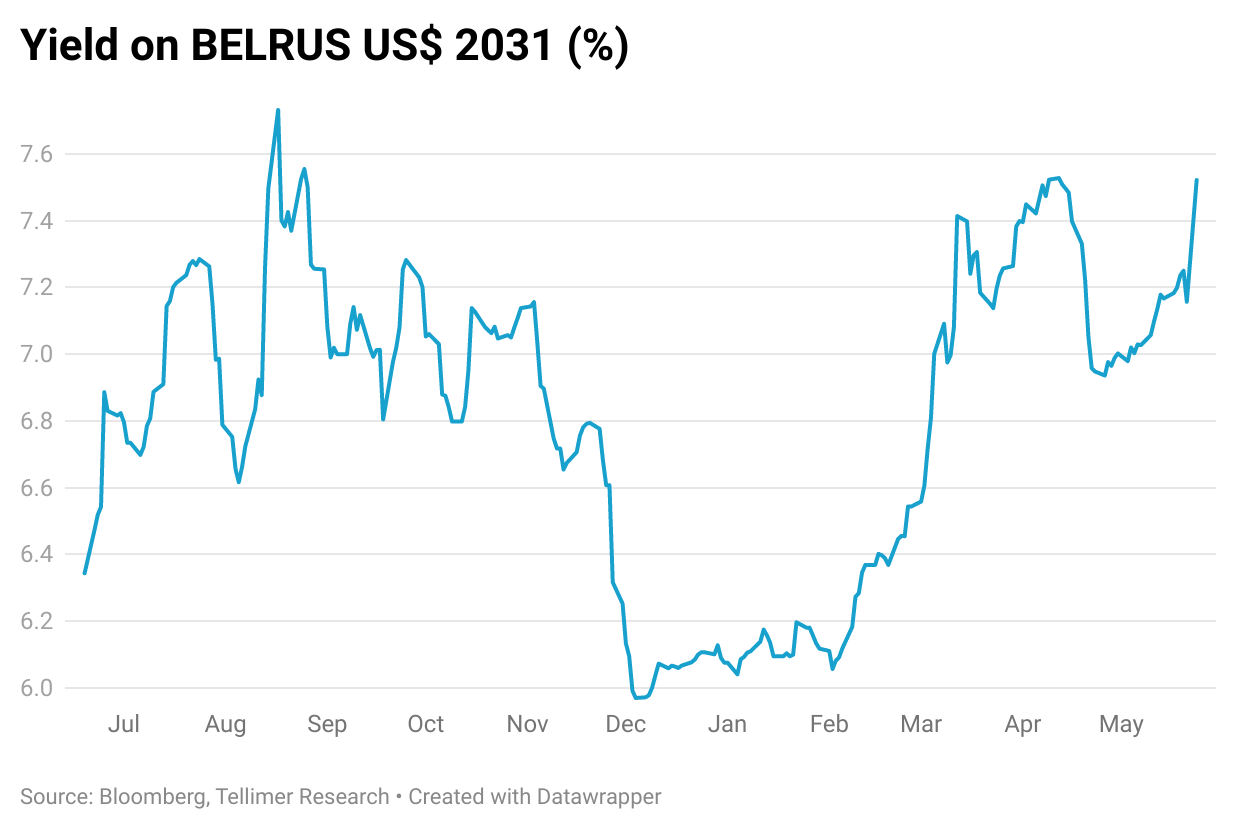