Bank of England: How QE could be reversed and what are the market implications 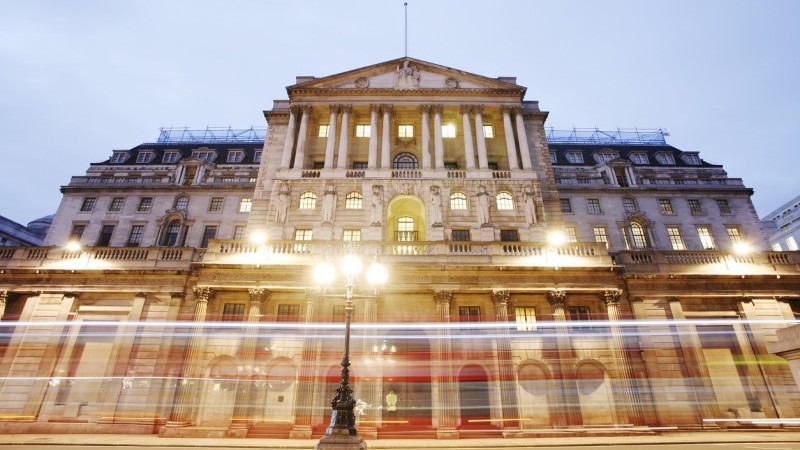 There’s a growing sense that the UK is finally on the way out of the pandemic, and with that comes an increased focus on the Bank of England’s future tightening plans. Indeed, we think the Bank may announce some tapering of its quantitative easing programme at its meeting this week.

But it’s unlikely to be for another year or so before things get really interesting. That’s because, with Governor Andrew Bailey at the helm, it’s become increasingly clear that any tightening cycle will involve not only interest rate hikes but also a reduction in the quantity of government bonds (gilts) the Bank holds.

That matters because it is quite a departure from the guidance set out during the Mark Carney-era, which stated the BoE wouldn’t look to shrink its pool of assets accumulated under successive rounds of quantitative easing until interest rates were around 1.5%. In reality, the Bank rate never reached that level, and the balance sheet has, to date, not been reduced in size.

Policymakers said in February that they are in the process of reviewing this guidance. And that begs three questions: Why, how, and when might such a balance sheet unwind end up happening?

1 Why? To create space for future crises

Think back to the ultra-rapid pace of QE back at the start of the pandemic, and one thing the central bank has since concluded is that asset purchases are more powerful at times of market stress.

In a paper last year, the Bank argued that the impact of QE on confidence, what it signals to markets, as well as the liquidity it provides, is probably more significant in crisis periods than it would be in ‘normal’ times.

In comparison to interest rate cuts, the effect on the economy is probably also quicker – though the way it goes about boosting activity is more indirect.

One concern previously raised by the BoE is that the greater share of the market the central bank ends up owning, the reduced firepower available to stage such bold interventions in the future. We estimate the Bank currently holds just shy of 34% of the gilt market (nominal), and that figure will rise by the end of the year. In other words, part of the motivation for reducing the size of the balance sheet in non-crisis times is to create more space for policy to address future stress episodes.

The Bank of Canada has also recently warned about risks linked to market functioning when the central bank owns a large share of the government bond market.

The central bank balance sheet as a policy tool: past, present and future

One option would be to do something similar to the Federal Reserve when it shrank its balance sheet in 2017. To date, the US is the only country that has attempted a balance sheet unwind since the global financial crisis.

Back then, the Fed allowed a certain USD amount of bonds to roll off the balance sheet each month and achieved that by no longer reinvesting the full proceeds of maturing bonds held in its portfolio.

In the Bank of England’s case, gilt redemptions are a less frequent occurrence – bond maturities typically come two or three times a year. That potentially makes an annual, rather than monthly, roll-off target more appropriate. An annual reduction in gilt holdings by say £30-40bn – roughly equivalent to the current profile of bonds due to mature annually over the next 3-4 years - would be one possible option.

Whether this, arguably fairly passive route is sufficient depends on where the Bank sees the ‘equilibrium’ level of its balance sheet – something that’s heavily influenced by the demand for bank reserves from banks. We won’t go into the ins and outs of this debate, only to say that before the pandemic, the BoE estimated an optimal longer-term level might involve halving the size of its balance sheet.

It’s not clear how much this estimate will have shifted post-virus, but achieving this kind of reduction may require some active selling – in addition to simply stopping reinvestments.

We suspect this option is a little less likely, at least in the early phases of an unwind process. Indeed previous estimates of QE effectiveness have equated £30-40bn of gilt purchases to one 25basis point rate cut. Clearly, this varies – as the BoE has itself said about the pandemic’s experience – and indeed, there’s not much evidence on whether the magnitude is similar when QE is reversed, as we’re discussing here. But it gives a rough idea.

For now, we doubt any form of tightening will happen before 2023 based on our current outlook. But it’s conceivable that announcement on balance sheet reduction could come early into any interest rate hike cycle – and maybe even before.

We’re pencilling in one, maybe two rate hikes for 2023, along with a gradual introduction of balance sheet reduction at some point in the year.

The BoE’s tightening strategy implications are manifold and, to a rates strategist, quite fascinating. It is, however, possible to reach several tentative conclusions on the impact on the level and shape of the GBP yield curve in a tightening cycle.

As we've hinted, there is an implicit trade-off between hiking the Bank rates and reducing balance sheet. How that trade-off operates depends on which standpoint one adopts. From the point of view of traded interest rates, GBP swaps or gilt yields, that trade-off is probably easier to describe in quantitative terms than for other economic variables.

For instance, looking at how the interplay between balance sheet growth and interest rate cuts have affected 10-year gilt yields in the past, we can infer that reversing both policies would have an equal and opposite effect. That approach suggests that a 25bp hike in the Bank rate is equivalent to reducing £40bn in the BoE’s balance sheet.

That relationship, however, is probably not stable over time, and our analysis suggests that the marginal impact of balance sheet growth on gilt yields is decreasing. This would mean that balance sheet reduction would have only a limited market impact, at least in its initial stage. Inversely, we estimate that the initial Bank rate hikes would have a potent effect on tightening conditions at the zero lower bound.

From here, if one assumes that the extent of BoE hiking cycle, and so the terminal Bank rate, will be reduced by its willingness to shrink its balance sheet, the market impact on traded interest rate could be that their upside is more limited at the onset of the tightening cycle, and becomes more significant as tightening progresses.

Balance sheet reduction to allow the curve to remain steeper

Against that argument, one needs to look closer at the impact of tightening using both rate hikes and balance sheet reduction at various yield curve maturities.

As a result, even if it means a lower terminal Bank rate, simultaneous balance sheet reduction would allow the yield curve to remain steeper than it would typically be during a tightening cycle where balance sheet size is maintained.

Ultimately, as in any tightening cycle, curve flattening pressure would eventually win out as the BoE reaches the terminal rate.