The Awami League is supreme in Bangladesh, but is using its power to enact poor policies, for example:

And garment exports suffered their sharpest decline for over a decade in Jul-Nov 2019.

Yet, Bangladesh still appears to be gaining market share in EU and US garments, and remittance growth offset this garment export decline in Jul-Nov 2019.

While we do not see a catalyst for better government policy, this is already priced in...equities are at their cheapest for a decade and among the cheapest in Asia.

Therefore, we remain positive on Bangladesh despite the underperformance in the last 12 months

* One-party state: Is the risk of kleptocracy now outweighing the benefit of political stability

Bangladesh has been a one-party state for over a decade. The Awami League has used its political power, control of Parliament and external geopolitical support to:

The Awami League has not used this political power to pursue more radical structural reform beyond that already underway before achieved supremacy (female empowerment, controlled population growth and ready-made garment export growth). While the expansion of power generation and the upgrade of road and bridge infrastructure is finally underway, there is little appetite to:

Garment exports in decline recently; compensated, for now, by a pick-up in remittances

All of the sins of poor economic policy can be washed away by high growth in garment exports (c15% of GDP) and remittances (c8% of GDP). These drivers keep growth high as well as the current account deficit and FX reserves comfortable.

The first five months of the current fiscal year (July to November 2019) has seen the weakest garment export performance for at least the past decade (down c8%, we suspect driven mainly by Europe, although it is unclear whether this is because of demand weakness or, more concerning, market share loss).

At the moment, the overall economic show remains on the road because remittances are up enough to compensate (up c20%, although whether this is due to an overall increase or greater use of official banking channels is unknown).

Longer-term, with over 60% of remittances emanating from the GCC, a source which is very unlikely to grow sustainably at this rate (given pressures to localise labour and rein in fiscal deficits), we are concerned by the recent export data. 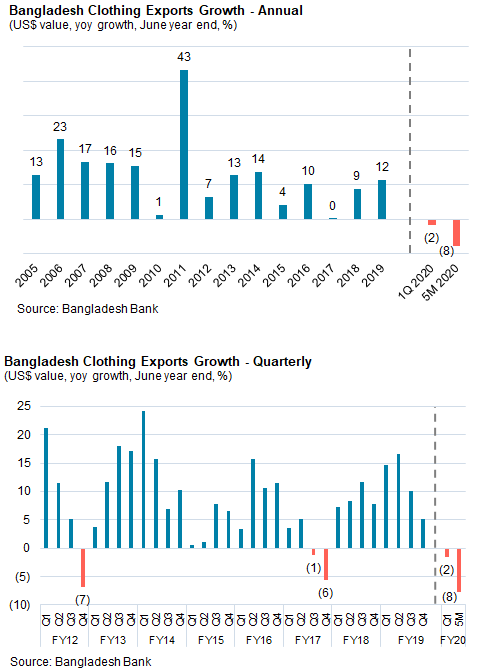 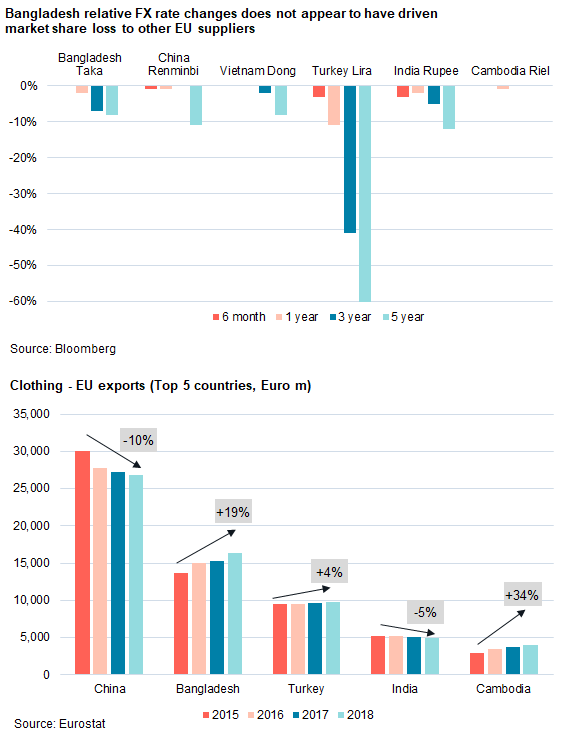 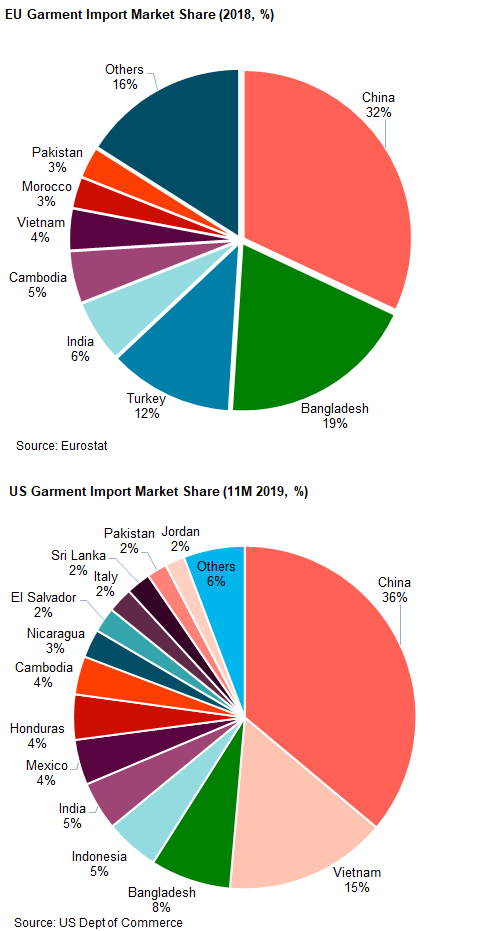 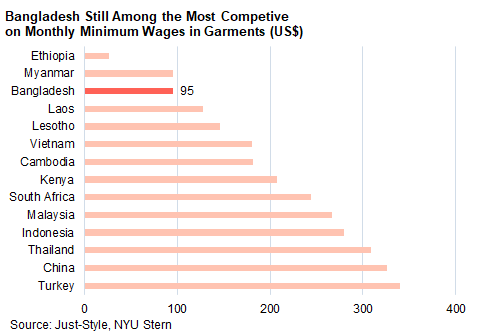 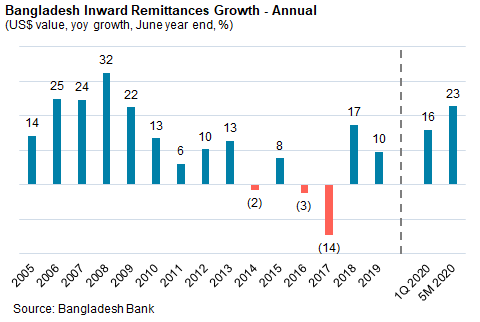 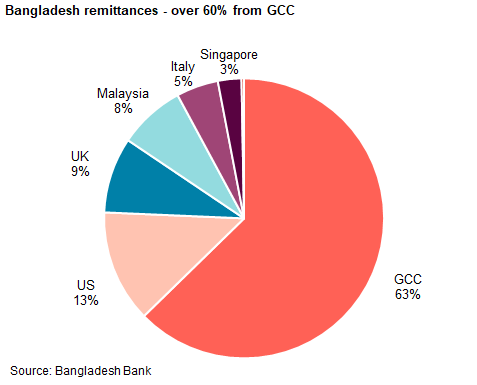 Because quarterly year-on-year growth trends tend to be lumpy, we have found investors occasionally questioning whether much of the reported GDP growth is not accessible via the equity market or, indeed, whether GDP growth data is over-stated. Looking at growth rates of corporate revenue for some of the largest listed stocks and nominal GDP growth, over two to five years, does not support this concern in our view. 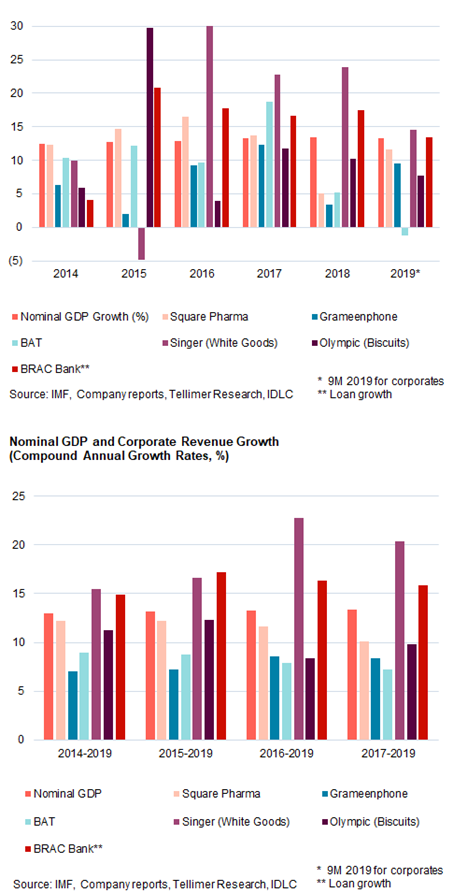 For the moment, we remain positive because equity valuation, in our view, more than reflects the poor policy environment and garment exports have, at times, grown in a lumpy fashion in the past.

The MSCI Bangladesh IMI Index is near its one, three, five and ten-year trough trailing price/book multiple and it is among the cheapest indices in Asia (in trailing price/book or price/earnings versus five-year median). We highlight these different time frames because the constituents of this index have changed substantially over the past decade: c50% is currently made up by Square Pharma, BRAC Bank, Grameenphone, Beximco Pharma, and Olympic Industries (biscuits).

This near trough valuation is despite a bounce in the last couple of trading days prompted by:

Furthermore, although Bangladesh no longer enjoys a current account surplus and FX reserves have not grown as much as they should have, given years of export and remittance growth, devaluation is not a pressing risk because: 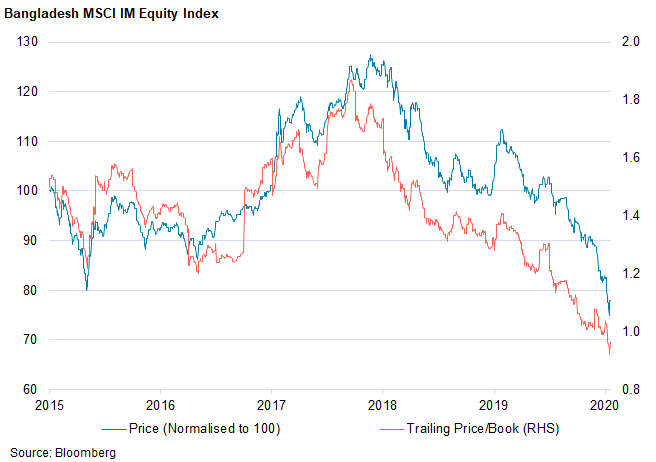 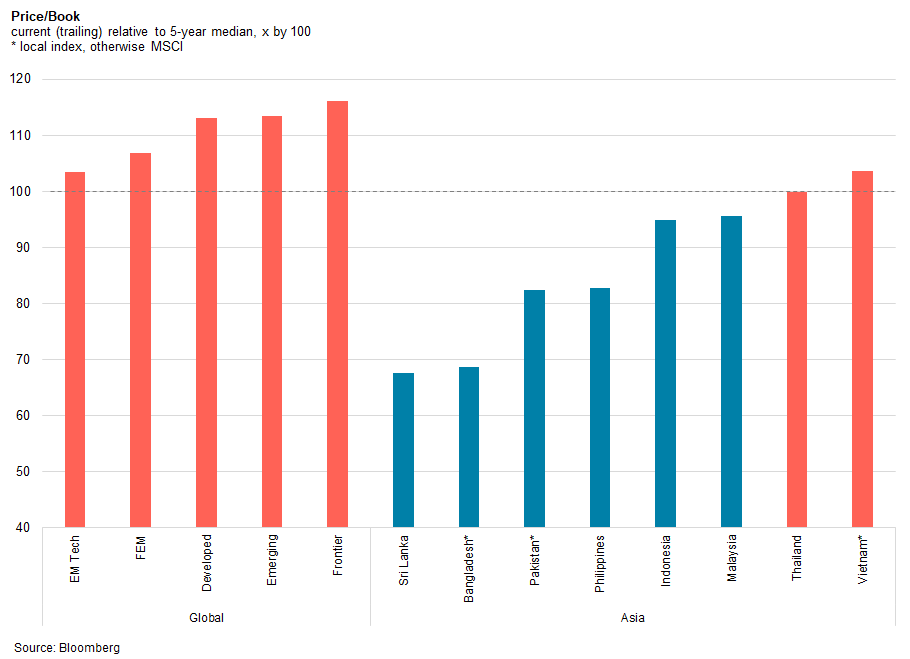 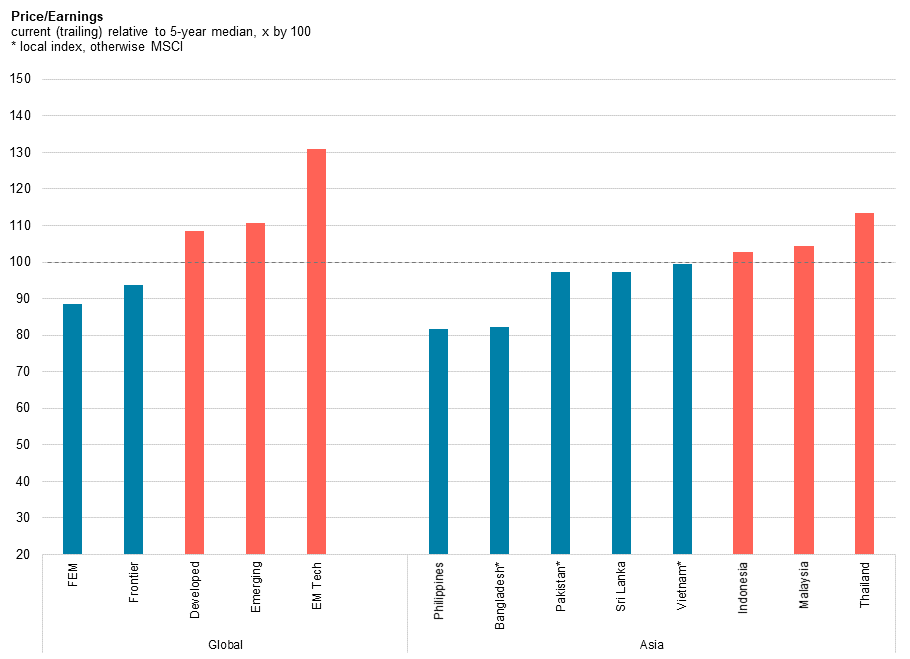