2021 Themes: Automation another challenge for the proven development model

The economic development model successfully pursued by most of the Asian success stories, and their transition from low-skill, commodity-based, partially closed economies to higher-skill, higher value-add, more open, export-based economies, was built on, to differing degrees, the following interconnected factors:

Whether these factors go in or out of fashion, a distinct factor may derail the efforts of the next wave of emerging and frontier markets replicating this economic development model: the automation of repetitive, predictable tasks traditionally performed by humans (involving high or low skill). A persistent theme for those countries yet to emerge economically will be the battle between the plentiful supply of cheap labour and the growth of automation, which may also reinforce the repatriation of manufacturing activity back to developed markets or enable China to retain its competitive advantage in manufacturing, despite rising labour costs. 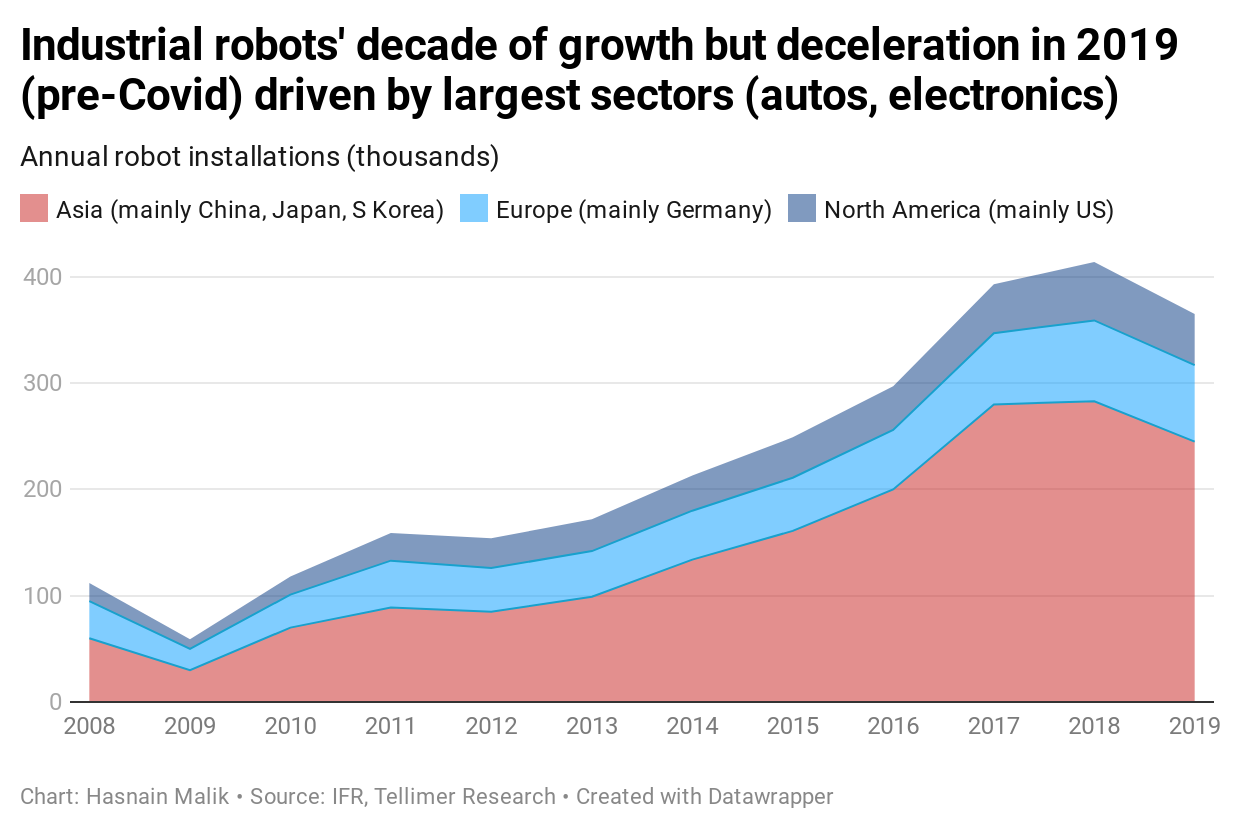 There are of course other factors that drive the decision over where to locate manufacturing activity (eg labour force scale, logistics, trade access, governance, and ethics) and we have considered these in our rankings of countries in Asia and Africa in terms of manufacturing attractiveness. But all of that work is based on the assumption that there remains demand for low-cost labour and it keeps growing or, at least, that there is plenty of growth still available for less developed countries to win market share in the labour component of global manufacturing which survives automation. 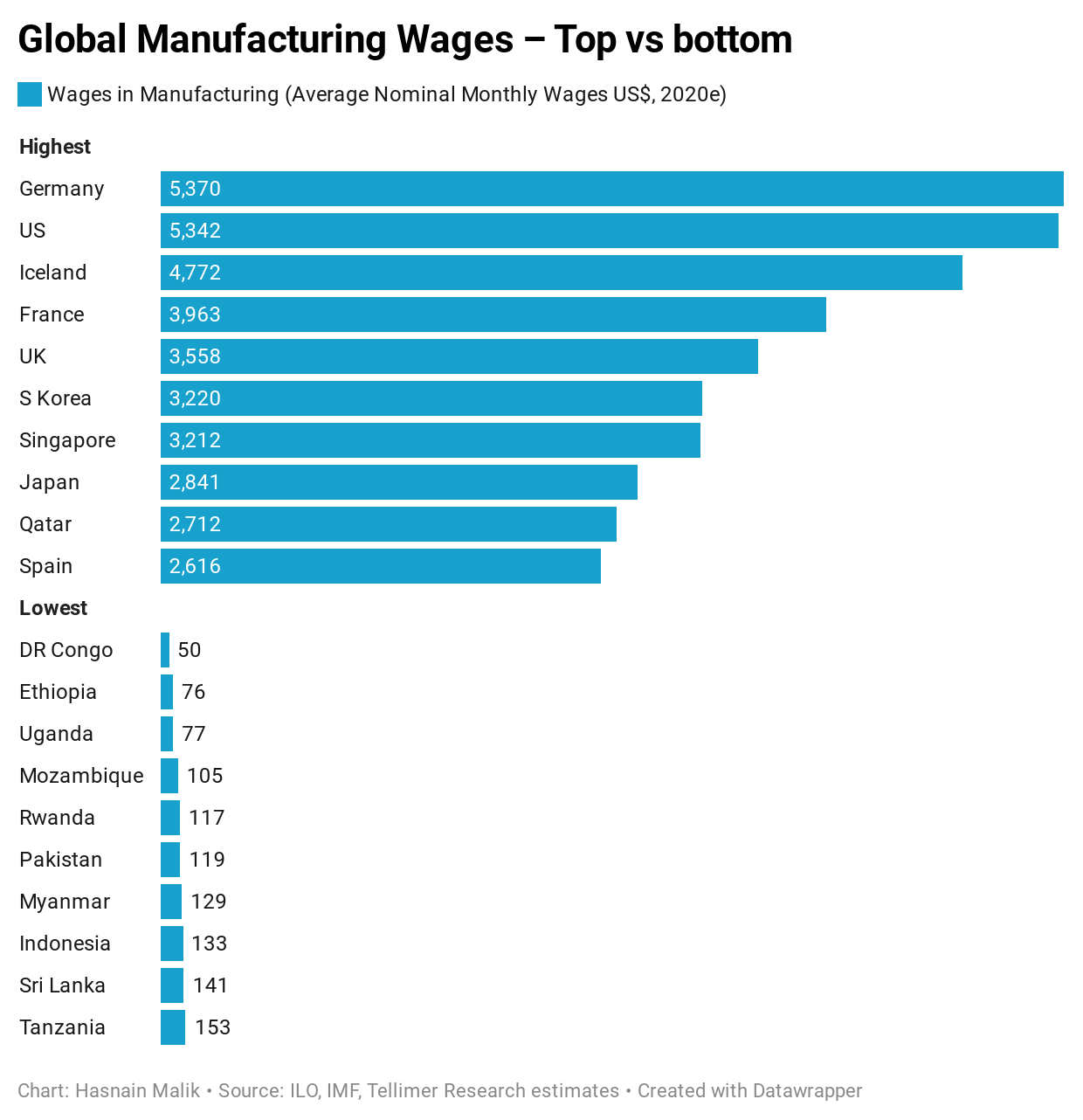