The IMF announced on 8 June that it had reached staff level agreement on the first review of Argentina's new programme. The new programme, a 30-month Extended Fund Facility for an amount of US$44bn (1000% of quota), was approved on 25 March. Some US$4bn will be available upon completion of the review, which is expected to go to the Board in coming weeks.

The IMF noted that all quantitative programme targets in the first quarter of 2022 were met and that initial progress is being made on the structural reform agenda, in line with programme commitments.

Crucially, the IMF noted that the annual objectives established at the time the programme was approved will remain unchanged; specifically those related to the primary fiscal deficit (the 2022 fiscal target of 2.5% of GDP), monetary financing (lowering this to 1% of GDP), and net international reserves (supporting reserve accumulation of US$5.8bn for the year as a whole).

This is contrary to the suggestion at time the programme was approved when, in light of the impact of the large external shock from the war in Ukraine, it seemed the macroeconomic framework would have to be revised before the programme even began. The IMF welcomed the authorities’ commitment to implementing additional policy measures to achieve the annual objectives (although some changes will be made to the quarterly paths). Leaving these goals unchanged was seen as important to the credibility of the programme.

In the meantime, CPI inflation has risen to 58% yoy in April, still well above the inflation corridor in the programme (38-48% by year-end), while the central bank has raised its policy rate by 1,100bps this year (to 49%) as it seeks to deliver positive real policy interest rates. 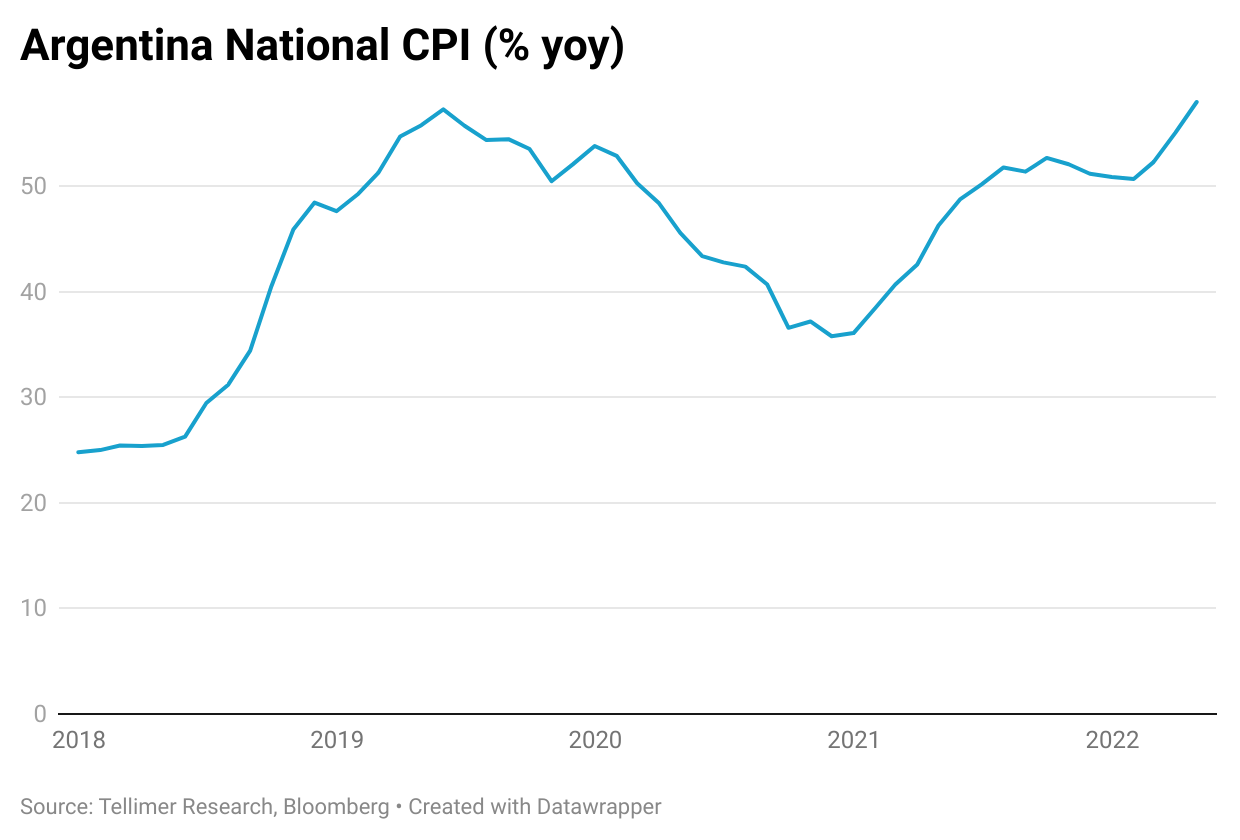 We see staff level agreement as positive, a significant milestone given the authorities' prevarication and long delays getting here. We noted before, after the new programme was approved, that now comes the hard part – implementation. And seemingly, the authorities look set to pass the first hurdle – the first review.

However, we should not get too ahead of ourselves. It is, after all, just two months of satisfactory performance over the best part of three years. The government will need to do a lot more to win over investors given its shattered reputation.

We maintain our Hold on Argentina's US$ bonds, with the 2030s priced at US$27.7 (yield of 30.6%) as of cob 9 June on Bloomberg (mid-price basis). In fact, far from boosting the bonds, the bonds closed down by about 1pt the day after the IMF announcement, likely due to the external environment. Prices compare to about US$33.3 after the programme was approved. 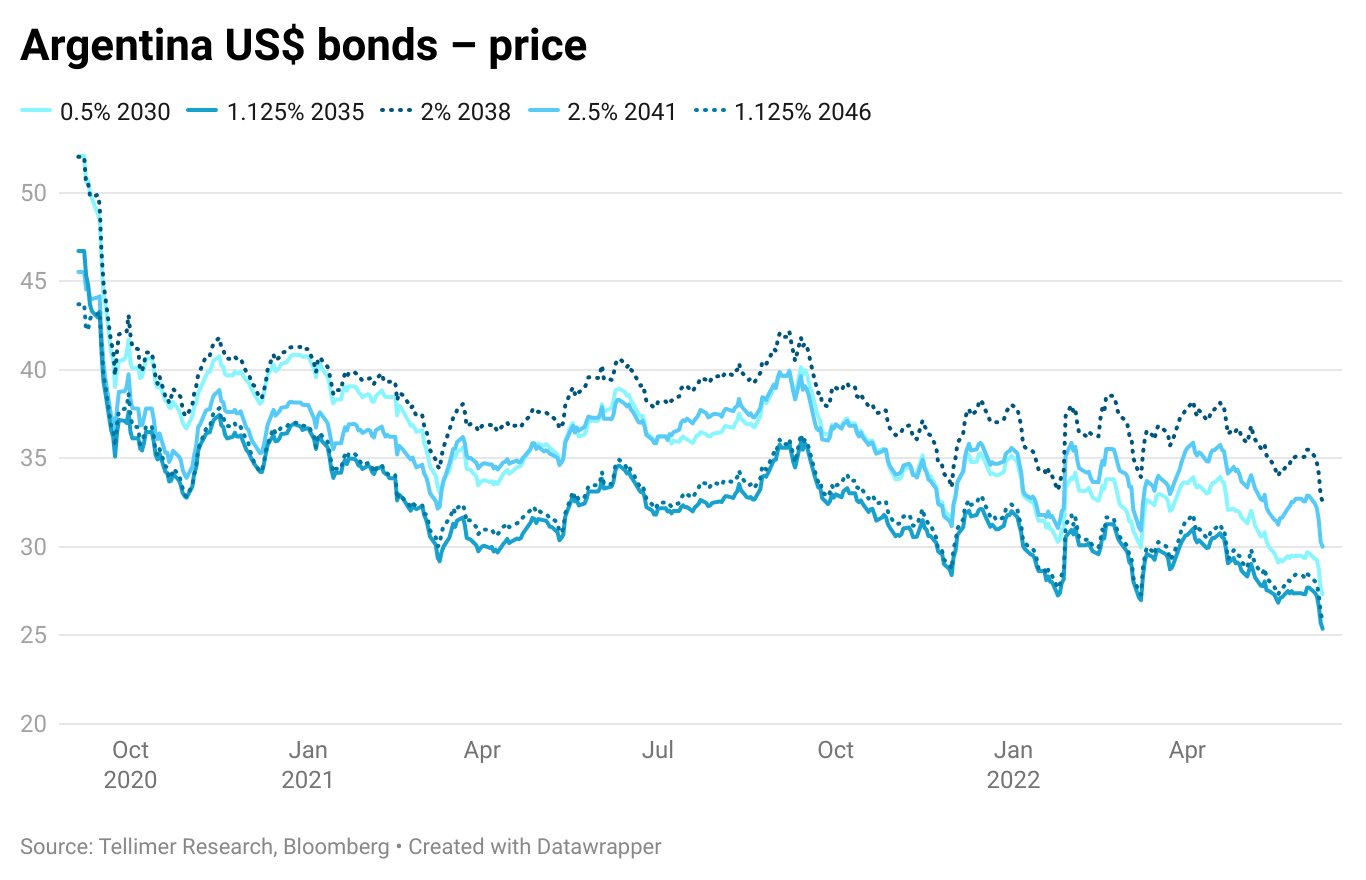