The government's restructuring timetable published last night may look like a Buy signal for the US$ bonds, for the only way it will be met, in our view, is through a very favourable deal for bondholders; however, this is not necessarily the government's narrative.

However, this seems ambitious to us. It may also be unrealistic, ill-considered and lacking credibility. The speed would also seem unprecedented in our view for a sovereign restructuring rather than something more akin to a voluntary debt swap. Ukraine (2015) for instance (which ended up as a good deal for bondholders, with a strong committee, but over a much smaller bond stock) still took the best part of five months (from the government's presentation on the perimeter of the restructuring in April that year), and an IMF programme was already in place.

We also see some potential problems with what this timetable might mean. First, while bondholders will no doubt be happy to see a favourable deal (anything which offers recovery values reasonably above current prices), if it is seen domestically as caving in to foreigners, this may risk the Alberto Fernandez government's political capital at home.

Second, of more importance for bondholders, it is not clear to us what it means for IMF involvement. Although the timetable incorporates the IMF technical mission in February (12-14), it does not seem to allow much more time for agreement on, and IMF Board approval of, an IMF programme (assuming the authorities want one, which we still do not know – we infer, from this timetable, that either they do not or the government has completely misjudged how this works).

And here is the conundrum – if the government is prepared to go it alone, without the IMF, that may help speed up the process, but we suspect many bondholders will be sceptical over the government's policy commitment, which could influence the nature of the deal, exit-yield assumptions or how the bonds trade after it.

In particular, we worry that a favourable deal for bondholders now, without an IMF programme (ie weak policy commitment and discipline) will just store up problems for later on and require another (deeper) restructure in a few years' time. Or the government wants the IMF, and so do bondholders (for the policy discipline as well as the money), but we think this will take longer than March. In particular, it may – from the IMF's perspective – be putting the cart before the horse if the government requests an IMF programme but reaches a debt restructuring before the IMF have done their own debt-sustainability analysis (DSA).

We also make other observations. First, one unusual feature in our view is that it states the government will set out its guidelines for debt sustainability, and presumably restructuring, before it appoints its financial advisors. Guzman has already set out some guidelines (debt reduction, coupon reduction, maturity extension).

We also think 10 days of creditor talks is not long, especially on such a large debt stock, and one which is not all legally homogeneous (different aggregation clauses on the two 'classes' of bonds; Kirchner bonds (2005/2010) and Marci bonds), and where the policy framework is still missing. Moreover, bondholders are arguably still fragmented (we are aware of at least four bondholder groups), although they might come together now a process is taking shape. Experience suggests a strong and well coordinated creditor committee will have a better chance at extracting better terms (a la Ukraine 2015 or Mozambique 2018-19).

There are of course some understandable reasons for reaching a quick deal, which might motivate the ambitious timetable, and ergo, point towards a bondholder-friendly deal (and maybe the government/holders/IMF know something we do not about how quickly this can be done):

We retain our Hold rating on Argentina's sovereign bonds. 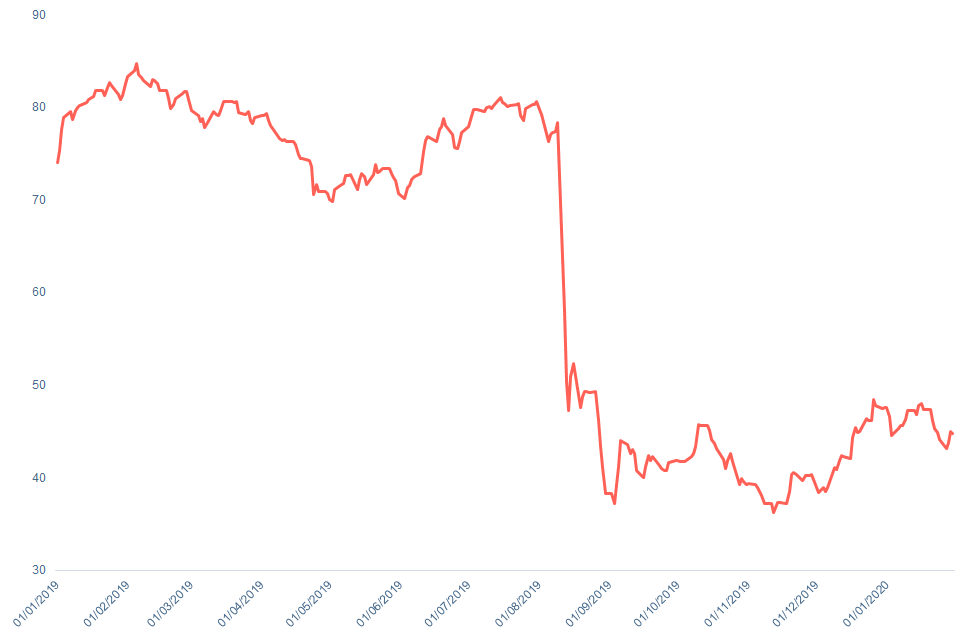