17 May 2021
Published by Tellimer Research

The IMF Managing Director Kristalina Georgieva issued a statement on Friday (14 May) following her meeting with President Alberto Fernandez in Rome last week. The meeting was part of Fernandez's tour of European capitals throughout the week to drum up support for not paying anybody and to gain support in its IMF talks.

We've come to expect bland statements on Argentina since the government got what it wanted on the bonds and this one did not disappoint. The IMF statement offered the usual pleasantries: "a very positive meeting", "a true pleasure to finally meet", "urgent need to continue to fight the Covid-19 pandemic", etc. But it really doesn't say much in substance. "We also committed to continuing our work together on an IMF-supported programme", whilst saying nothing on what the status of those discussions are (bearing in mind they've been talking for some 18 months now), and not a hint of what the programme might look like or the policy commitments. It follows the Fund's previous statement on 25 March, which noted "progress in defining some key principles", but was again disappointingly vague.

But of course, the Fund is in a difficult position, balancing the expectation that it needs to say something with the fact that there is nothing to say.

Meanwhile, Argentinian political infighting offers another reason as to why reaching any kind of agreement is not going to be easy as Kirchnerites flex their muscles and Economy Minister Martin Guzman comes under pressure.

And, as if it was needed, last week's CPI print, which showed the annual inflation rate heading back to 50% (+4.1% mom, +46.3% yoy in April) provides continuing evidence of the scale of the task ahead in terms of rebalancing the economy. 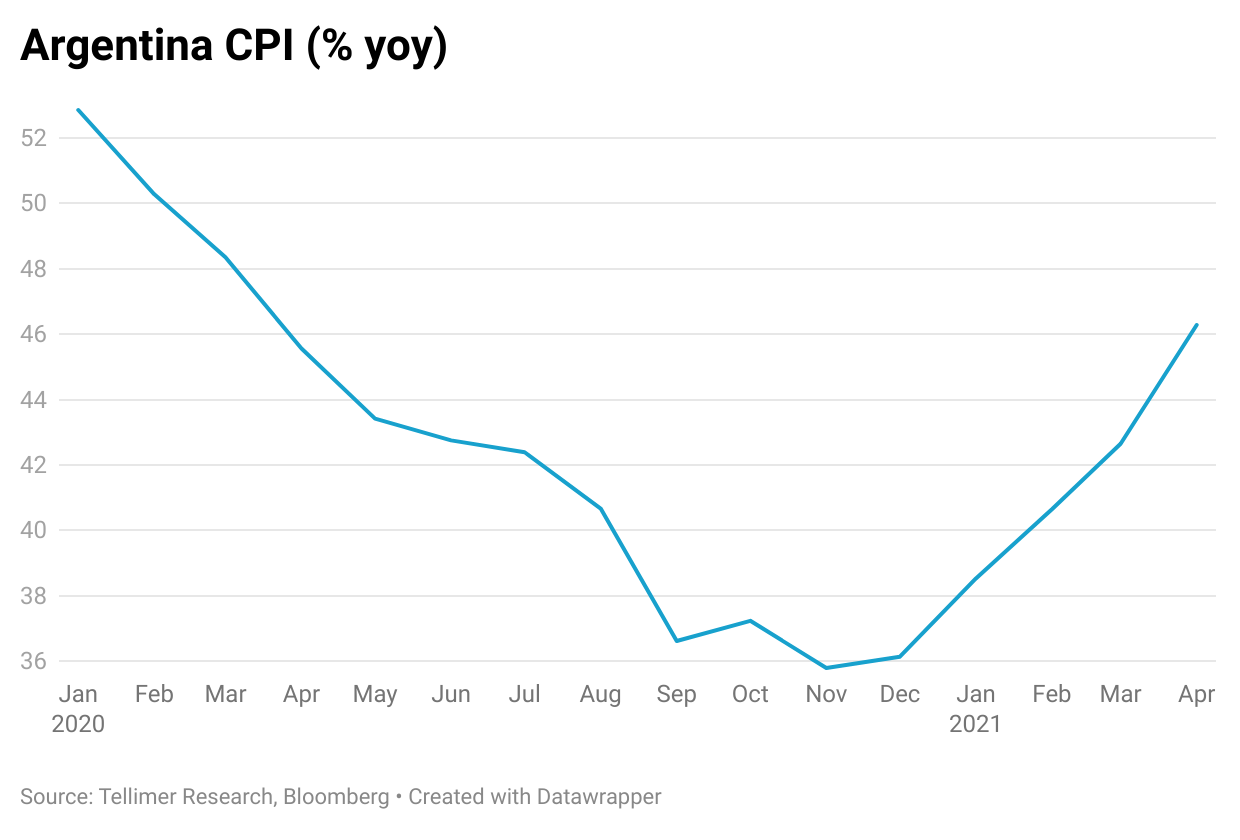 Meanwhile, media reported President Fernandez saying he wanted to reach a deal with the Fund as quickly as possible. But we take that with a huge pinch of salt. We do not expect an agreement until after the mid-term elections later this year, which were recently put back three weeks to 14 November from 24 October because of Covid.

In addition, with two weeks to go, Bloomberg also reported optimism that the Paris Club may be willing to delay a forthcoming payment subject to the country meeting "certain conditions". Argentina owes the Paris Club US$2.4bn according to reports, which is due on 31 May. The payment had already been deferred from last year. While the details are not known, we suspect a further deferral could be made conditional on an IMF agreement being reached, although it is not clear to us how credible a commitment this is. Alternatively, the Paris Club could still take a harder line on the repayment, but we think they will want to be seen as being flexible and accommodative during this time. At the least, there is reportedly a 60-day grace period on the payment, which buys a bit more time although even using this may be seen as a negative sign (or a positive sign that the Paris Club is not just going to roll over).

Still, despite the lack of specifics, the comments from the IMF and the Paris Club seem to have been enough to boost Argentina bonds. ARGENT US$ '30s rose a point on Friday, according to indicative prices on Bloomberg (mid-price basis), helping to reverse losses earlier in the week. The bonds, however, rose only half a point over the week.

But we are not sure why. We are also not sure there's any news here. We would not have expected anything other than supportive comments in public at this stage, while some sort of compromise to delay the Paris Club payment (and hence protect reserves, thereby reinforcing near-term ability to pay the bonds – even though payments are very low) must have long been discounted.

Perhaps more tellingly, as a barometer of sentiment, may be the comment from the IMF MD that she will consult with IMF members on President Fernandez’s request for a reform of the IMF’s surcharges policy. May be this is another sign of the IMF going soft on Argentina.

We maintain our Hold on the sovereign bonds, with ARGENT '30s priced at US$36.0 as of cob Friday on Bloomberg (mid price basis). 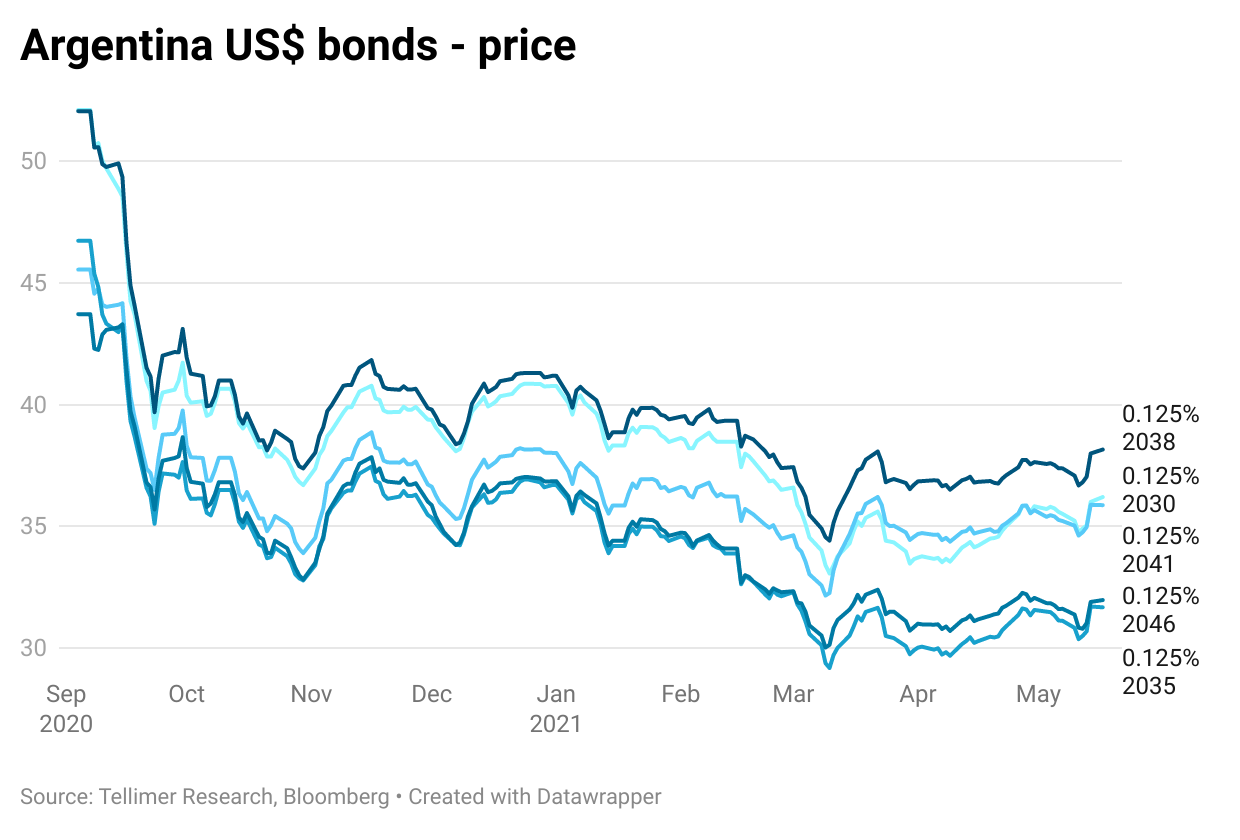