Angola's transformation is not just about high oil prices

Angola’s much-improved debt situation in the new WEO forecast is impressive. Public debt dropped sharply last year, to 86% of GDP from 137% in 2020, and is expected to fall further this year, to 58%, thereby allowing the authorities to achieve the 60% debt objective in their fiscal responsibility law considerably earlier than expected. This year’s forecast marks a 20ppts decline compared with the projection for this year made just four months ago (at the time of the sixth, and final, review of the extended fund facility in December 2021), while the 2021 outturn is c10ppts lower than in the sixth review. Debt is now projected at just 36% in 2027. Previously, debt wasn’t expected to get close to 60% until 2025. 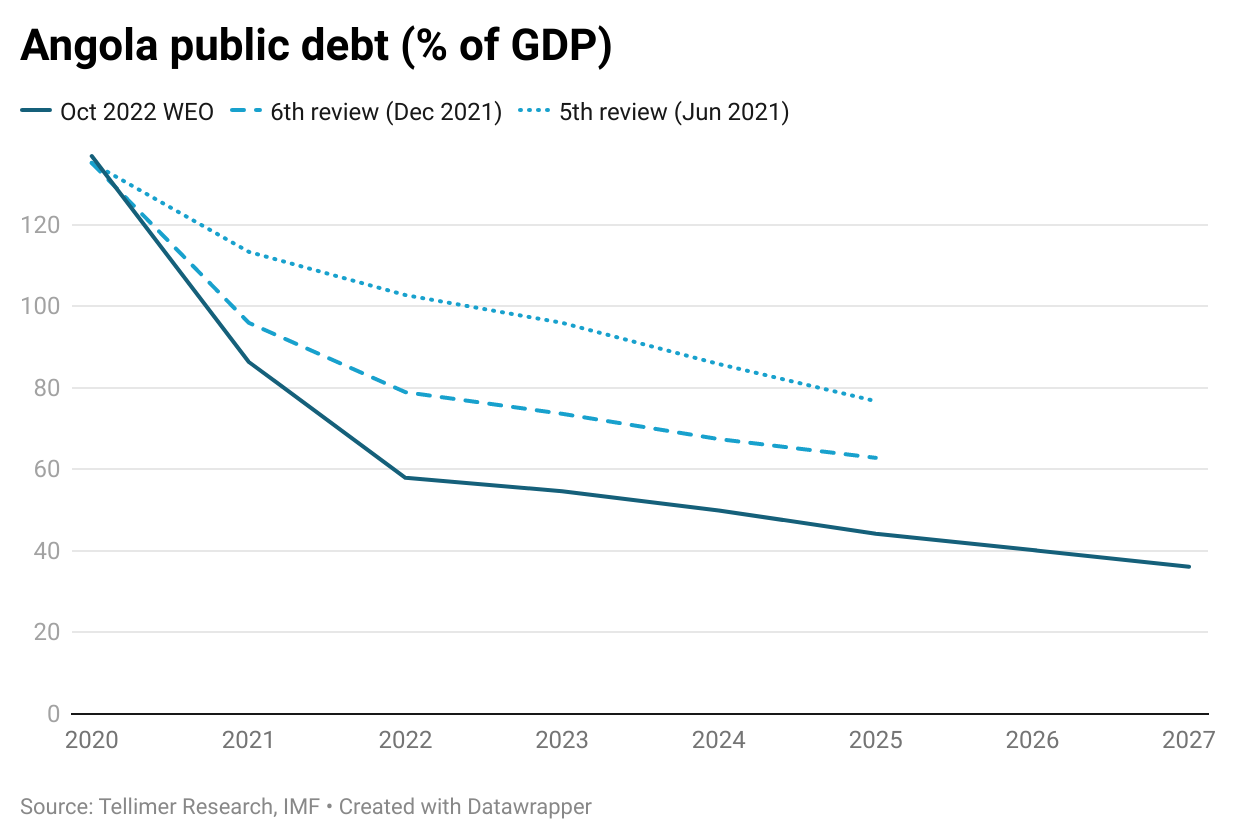 Indeed, the 92.6ppts cumulative decline in the debt/GDP ratio over 2020-25, from the 2020 Covid peak of 137%, is the second-largest in the world, after that of Sudan (and Sudan benefits from HIPC debt relief).

Of course, much of this improvement is exogenous and has to do with higher oil prices (the WEO assumes an oil price of US$107 in 2022, and US$93 in 2023, compared with US$64.5 in 2022 in the October WEO). This has also prompted currency valuation gains and boosted the GDP denominator. In dollar terms, GDP has increased over twofold since 2020.

Still, the transformation is remarkable, also helped in no small part by strong policies (and China), and may herald the IMF’s Angola programme as one of its most successful in recent years in our view. Recall, it was only two years ago, post-Covid, that Angola was flirting with an US$8bn bond default. The IMF programme, approved in 2019, ended in December 2021.

However, concerns remain. Inflation (27% yoy in March) remains stubbornly high, reserves accumulation seems weaker than expected given the oil windfall, much still needs to be done on structural reform and the presidential election in August could pose a risk to policy continuity (although the MPLA is still expected to win). A tightly contested election also raises the risk of excessive pre-election spending, which would derail the sound fiscal performance so far.

And, of course, we shouldn't forget that Angola remains dependent on oil, and therefore vulnerable to oil prices.

We retain our Buy on Angola (rolling our focus to the new ‘32s rather than the ‘29s) with a yield of 9.6% on a mid-price basis as of cob 29 April on Bloomberg. Angola (B3/B-/B-) has been a star performer this year, with a total return of 16.6% YTD (on the 29s) compared with -7.4% on the Bloomberg EM Aggregate Index, benefitting from higher oil prices following Russia’s invasion of Ukraine. The LMO tied to the new issue has also helped reduce the size of the 2025 maturity. Indeed, Angola ‘32s now trade c100bps inside the equivalent Nigerian bonds. However, we see scope for profit-taking as the elections approach. 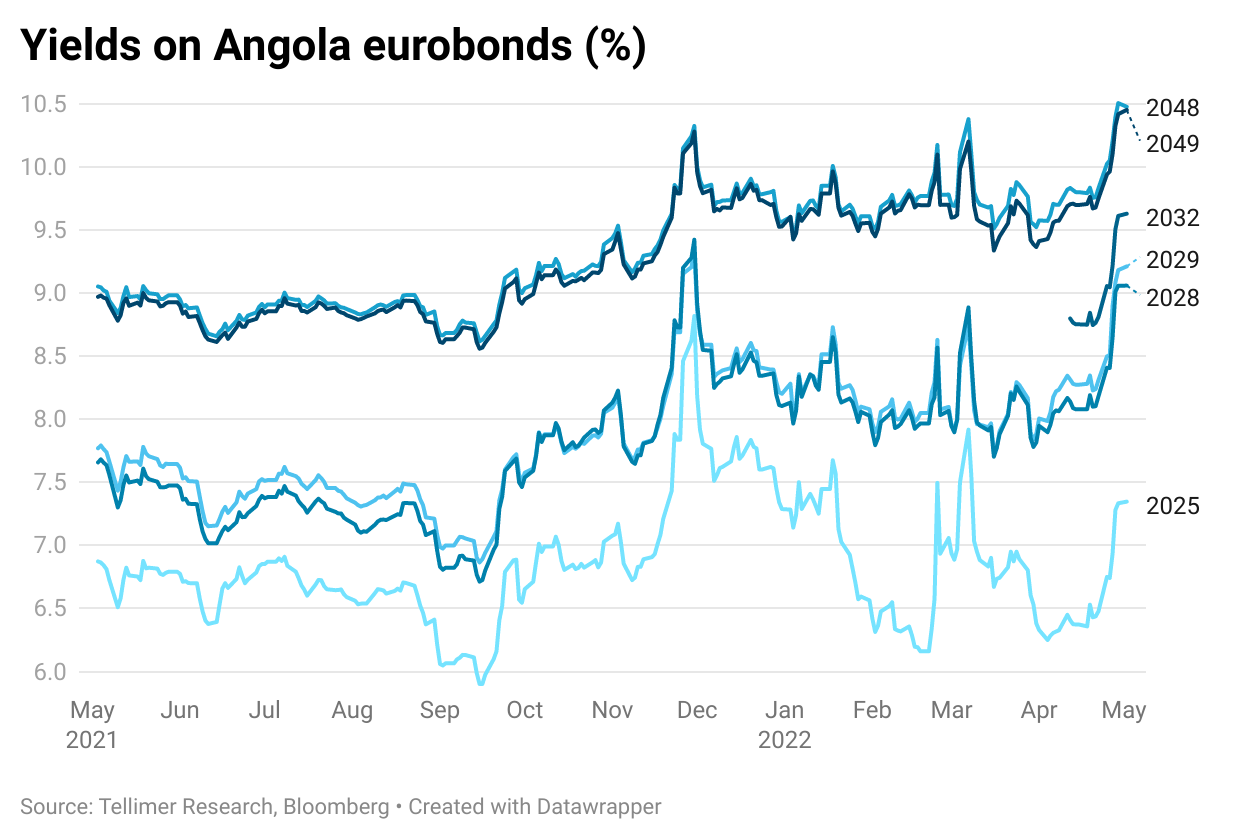