The ravages of the Chinese tech crackdown have made even giants change track. Alibaba has just announced a ramp up of its share buyback program. A stock buyback is when a company buys back its own shares with its cash reserves. This one amounts to US$25bn (or 8% of the market capitalisation), and is Alibaba's second in less than a year.

The move represents one of the largest share buybacks in China. It is also a rare event among the EM tech peer group also known as the Baby Amazons. These companies are given to burning cash and not buying back stock.

It comes after Alibaba lost US$460bn in value during the Chinese tech crackdown. It also coincides with a rally in China tech stocks in the past week after President Xi Jinping promised to end the tech crackdown swiftly.

Our view is that the Baby Amazons could rally on the back of this move by Alibaba, for the following reasons:

1. FAANG rallies have been fuelled by buybacks

The FAANGs are the five marquee US tech names – Facebook (now Meta), Apple, Amazon, Netflix and Google (now Alphabet) – that have come to dominate tech investing. Their outperformance in the past decade has been powered by regular buybacks. Over the past ten years, the FAANG stocks have been driven an average of 19% higher in the 12 months following a buyback announcement.

Put simply, the buybacks are a signal to investors. By investing in its own stock, the company is indicating that there is no better investment than in itself. 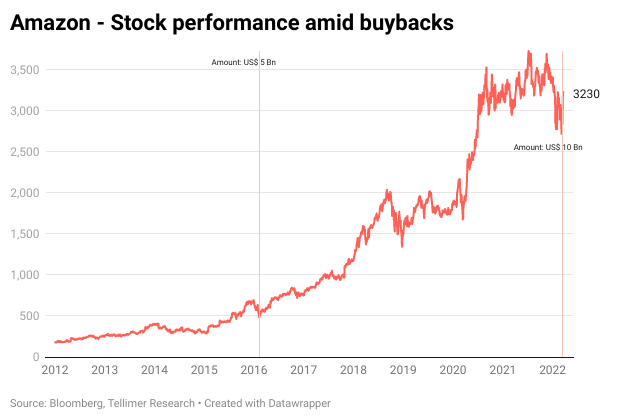 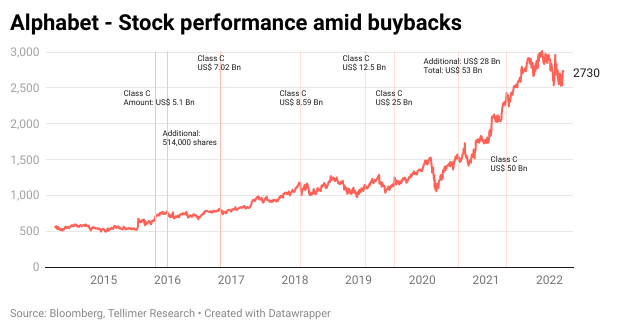 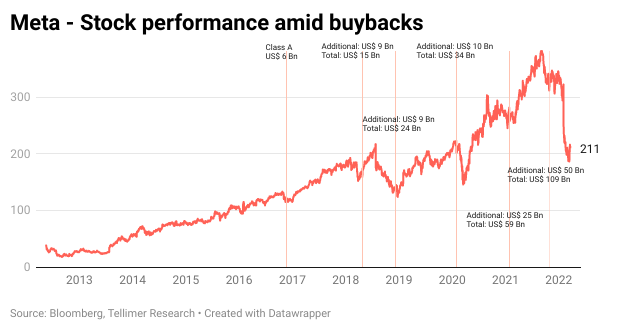 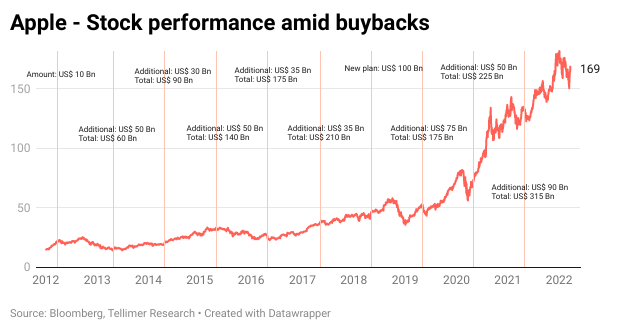 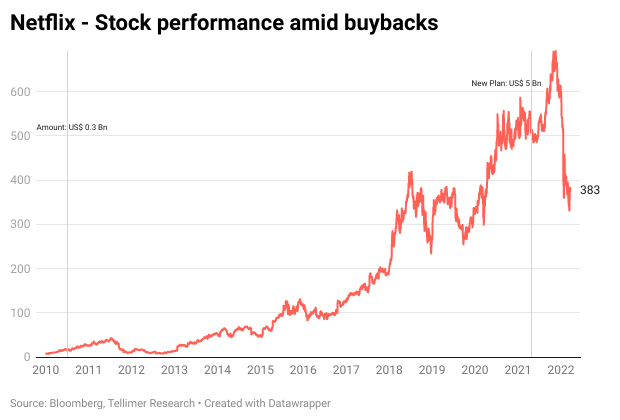 2. Although the Baby Amazons are bleeding cash...

We have written frequently before that the Baby Amazons are burning cash. We expect the following EBITDA losses in FY22. 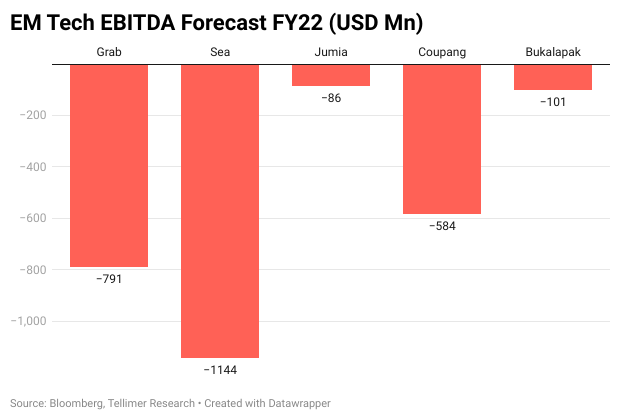 The source of the cash burn for these companies is similar to that of Amazon in its growth phase. E-commerce companies have high operating expenses to market their services. For instance, Jumia’s operating expenses were almost 2x its revenue in FY21. The working capital requirements are also high and there is a long cash cycle.

Despite the high cash burn, the Baby Amazons were proactive in raising cash during the pandemic tech boom. Sea has net cash of US$11bn, while Grab is close behind with US$9bn.

The net cash on the balance sheet is about twice as much as their projected cash burn in the next five years. The proportion of net cash to market cap averages 25% in the sector (as the chart below shows). 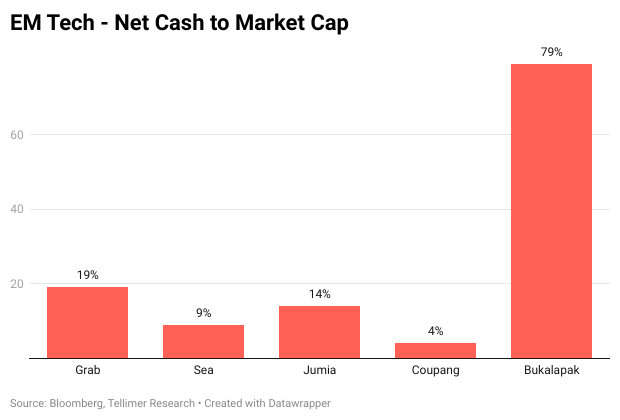 In short, the Baby Amazons have the means for a buyback programme. And the Alibaba buyback may encourage them to follow a similar course.

We reiterate our key recommendations as follows;