According to recent news reports, Airtel Africa (AAF LN) is planning to sell a minority stake in its digital payments business, Airtel Money, which provides mobile wallets to 21.5mn users in 14 African markets. The transaction will raise cash to fund the development of this fast-growing division.

Airtel Money is a fast-growing segment of Airtel Africa

During the nine months ending December 2020, its revenues grew by 28% yoy to US$291mn, its active user base increased by 29% to 21.5mn and its transaction value rose by 44% to US$33.5bn. Airtel Money’s growth trajectory has been strong over the past three years, with a CAGR of 38% for revenues, 29% for active users and 32% for transaction value. In contrast, Airtel Africa’s top line has grown by just 10% over the same period. 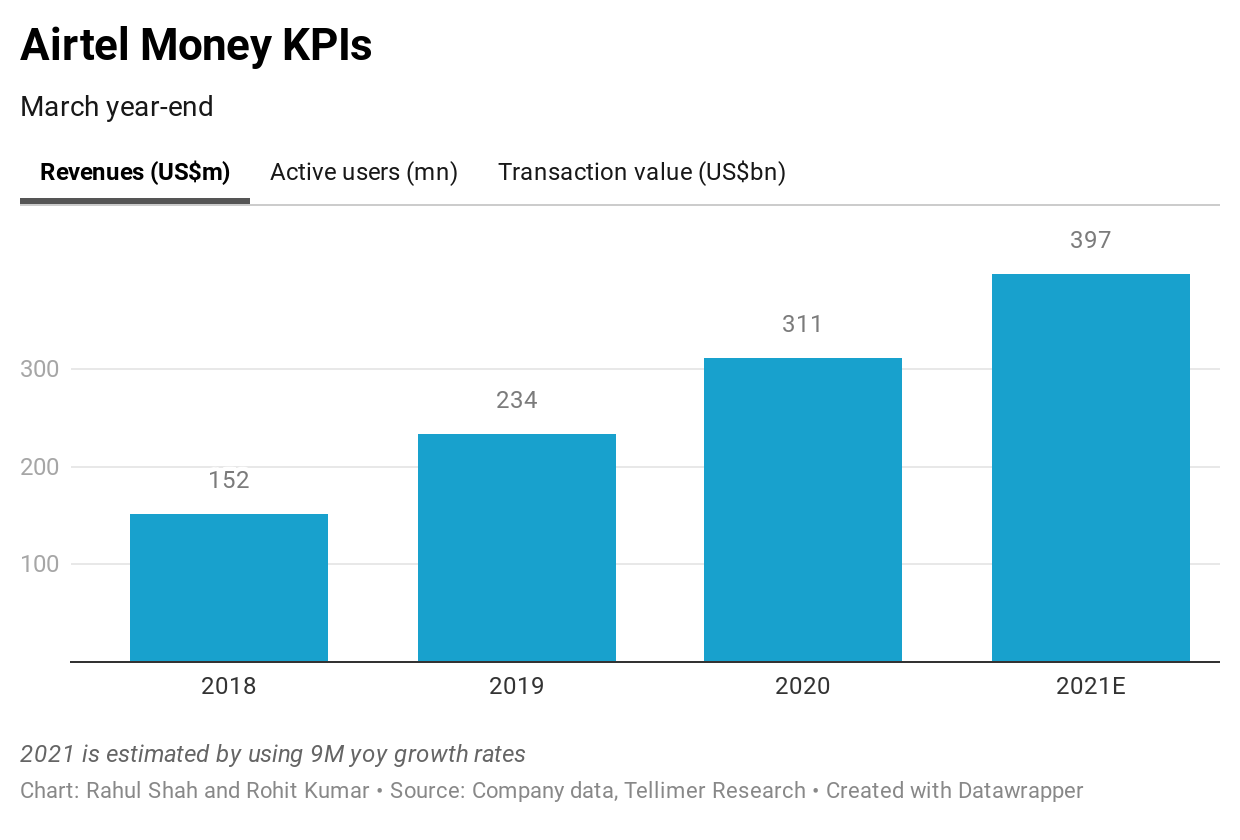 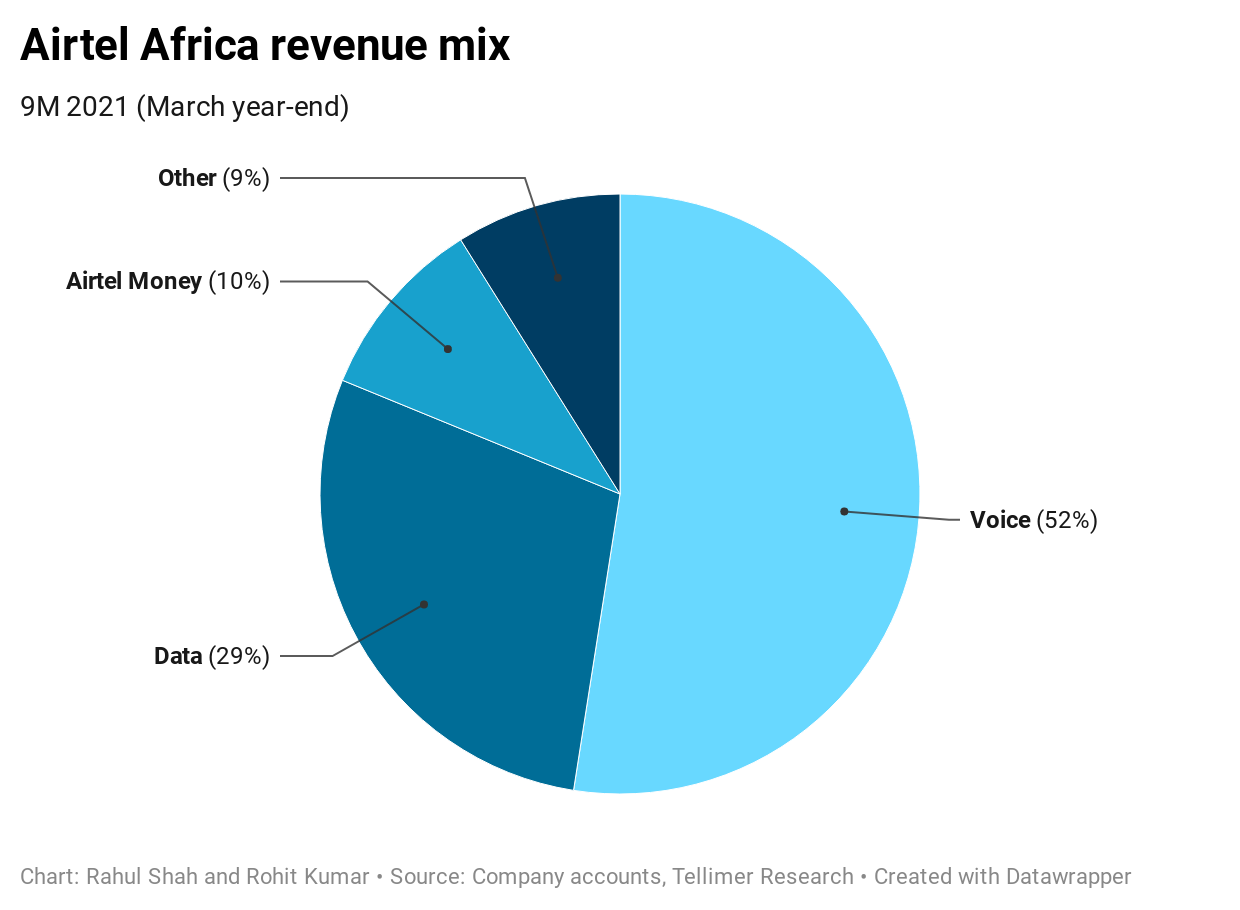 Below, we compare Airtel Money with EM payment peers on key operating metrics. Airtel Money has a high transaction volume, both in absolute terms and per user. Revenue per customer is in line with that of peers, while the take rate (revenues/transaction value) is lower. 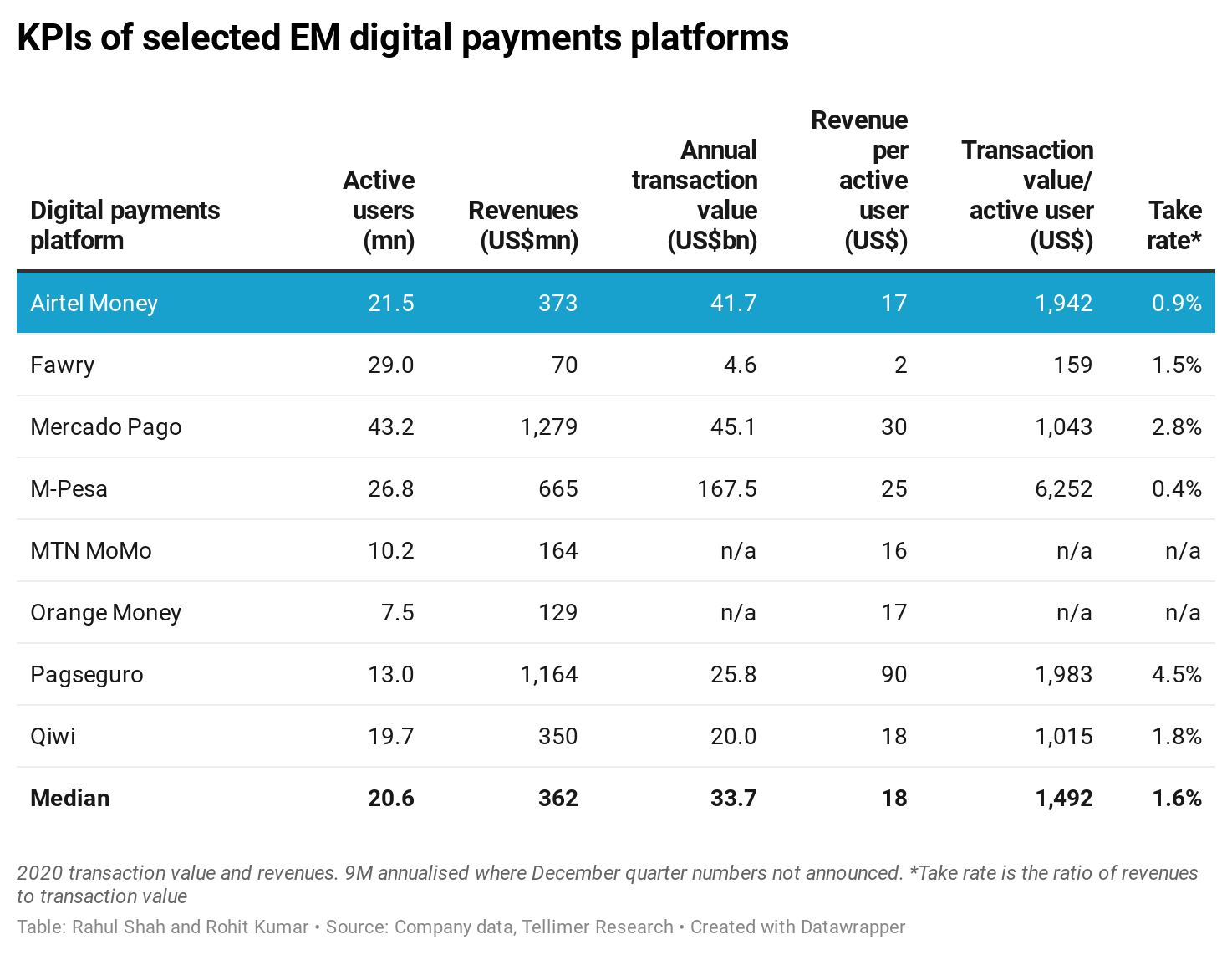 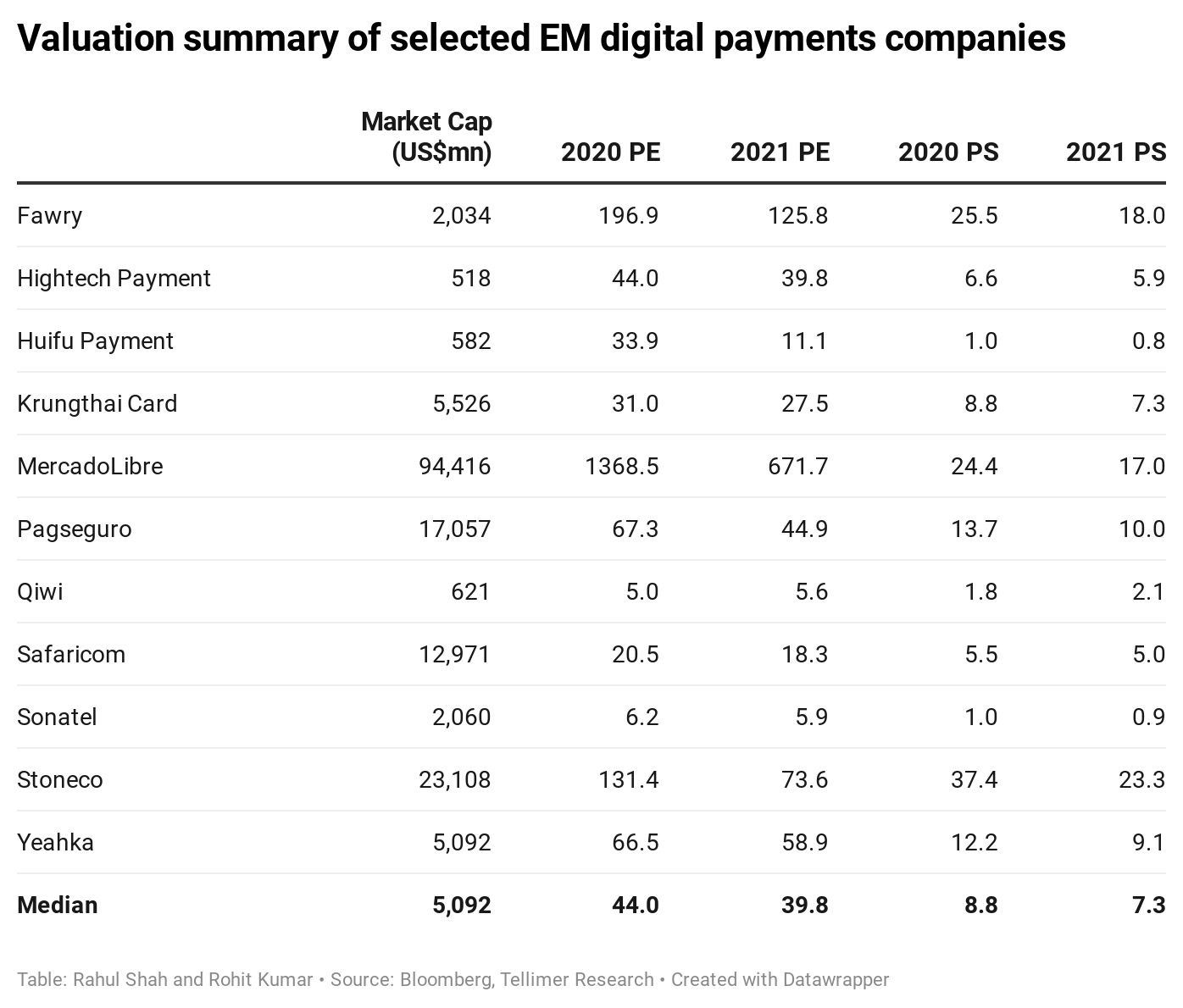 Based on median valuation multiples for EM digital payments companies, we think Airtel Money could be valued at cUS$3.1bn, which is comparable to the US$4.2bn current market cap of the whole of Airtel Africa. This suggests a transaction valuing Airtel Money along these lines could help to drive a re-rating of Airtel Africa shares.

Alternatively, if we use M-Pesa as a proxy, we achieve a similar valuation for Airtel Money. In our Safaricom model, we value M-Pesa on 19x EV/EBITDA; applying this multiple to Airtel Money would value it at cUS$3.2bn.

Note that these Airtel Money valuation estimates do not adjust for the parent firm’s ownership stakes in each market, which range from 51% in Tanzania to 100% in Kenya.

As highlighted below, Airtel Africa is trading on similar multiples to its African peers. However, by providing investors with a verifiable price point for Airtel Money, the planned partial stake sale could draw attention to the implicit discount at which the rest of the business (primarily data and voice revenues) is trading relative to peers. 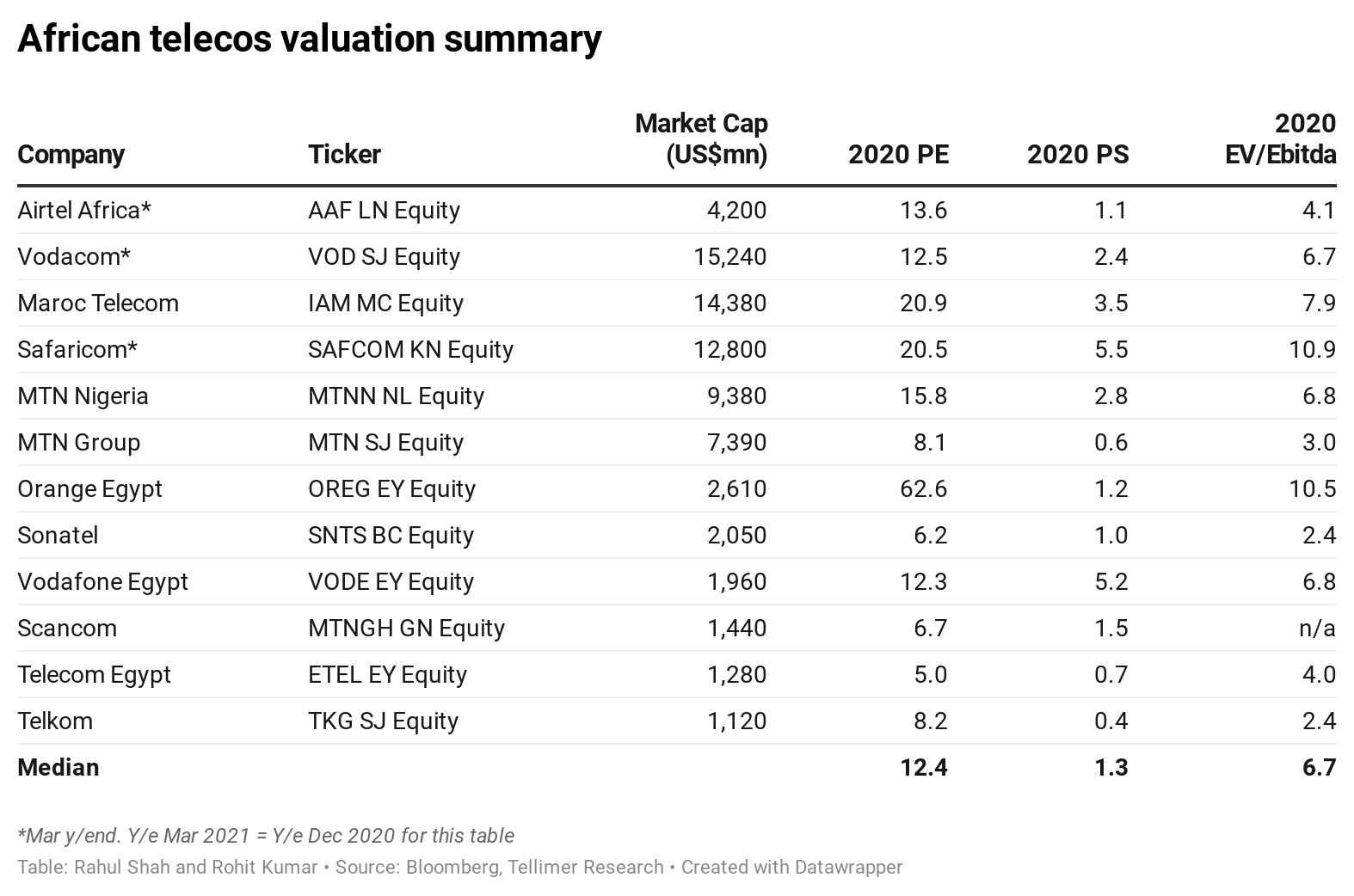