Africa's equity markets have trailed global peers in the recent rally probably because of low levels of trading liquidity rather than poorer fundamentals. This should mean that they should catch up after a lag. Indeed, it is no accident that the most liquidly traded African market, South Africa, has been the continent's outperformer in the global risk-on rally.

Africa is no less geared to the bump in commodity export prices and no less chequered in terms of sluggish reform and accumulation of debt than Latin America, where much more liquidly traded equity market peers have rallied sharply this month.

Egypt remains our top country pick in the region's equity markets: for all its flaws (Army commercial dominance, water scarcity), it is cheaper, more politically stable (at least, in the near term), faster growing, with more stable FX outlook than regional peers. We also highlight Mauritius because of its cheap valuation and gearing to a Tourism recovery. 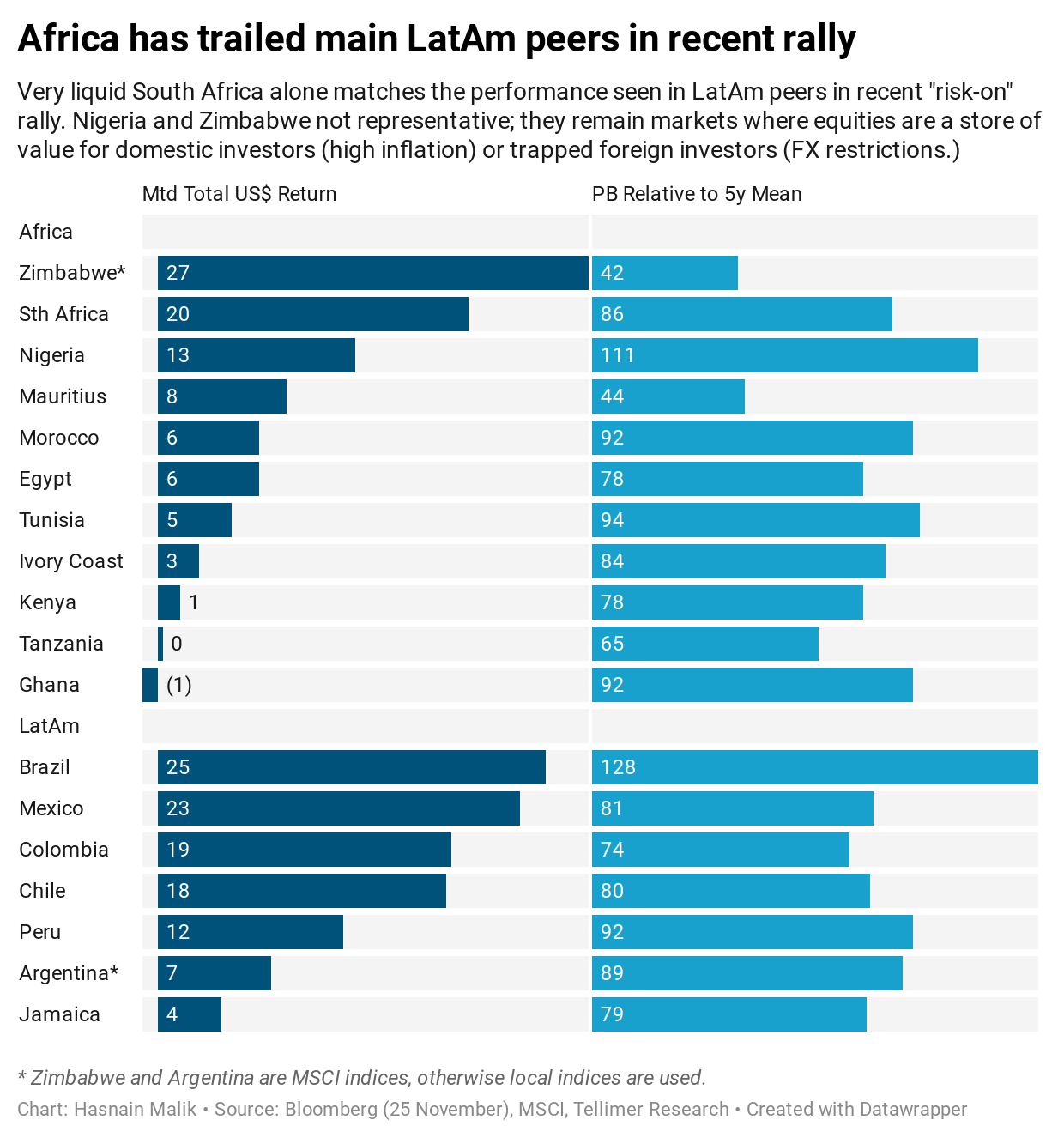 Fundamental similarities of Africa and LatAm 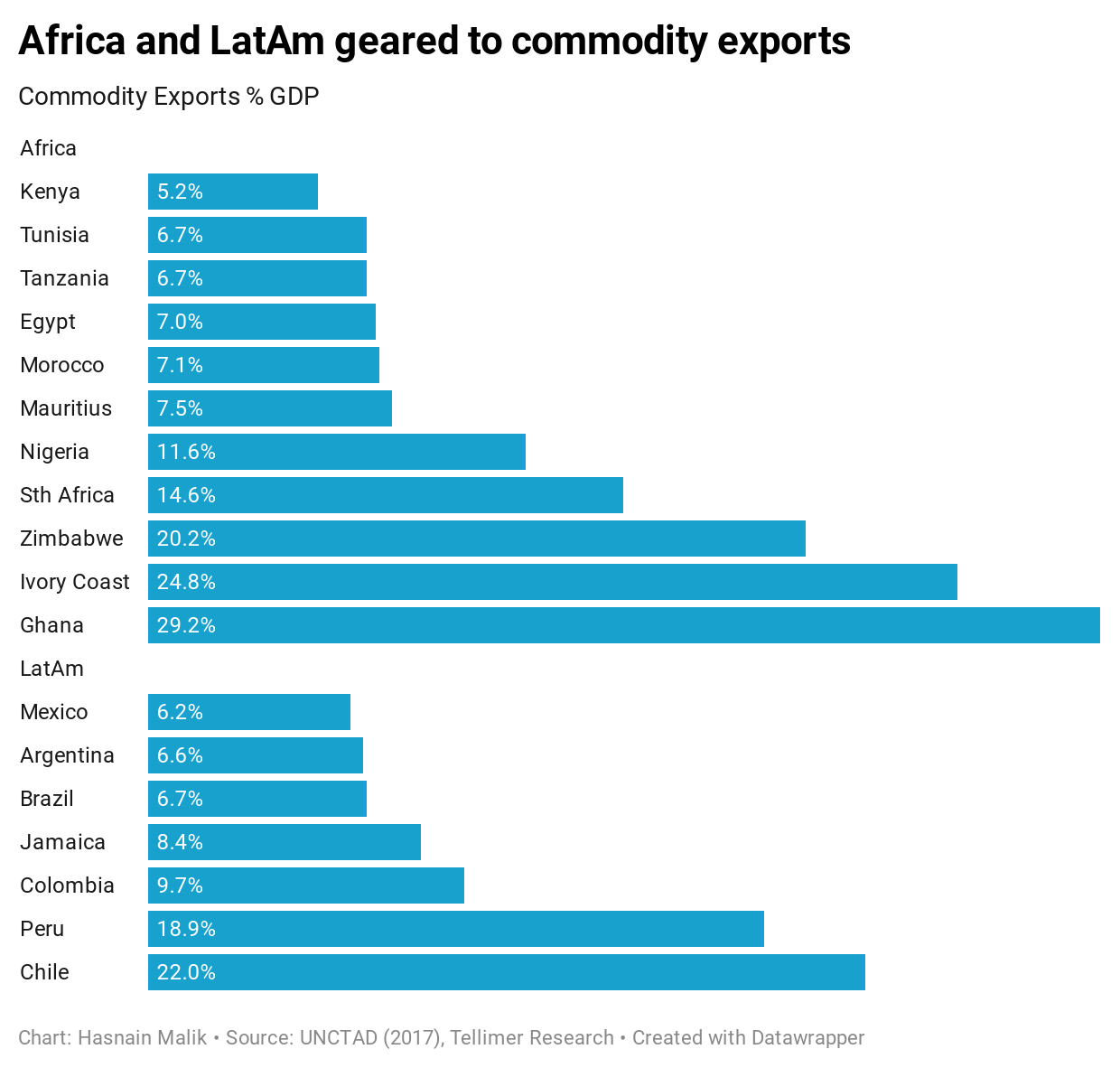 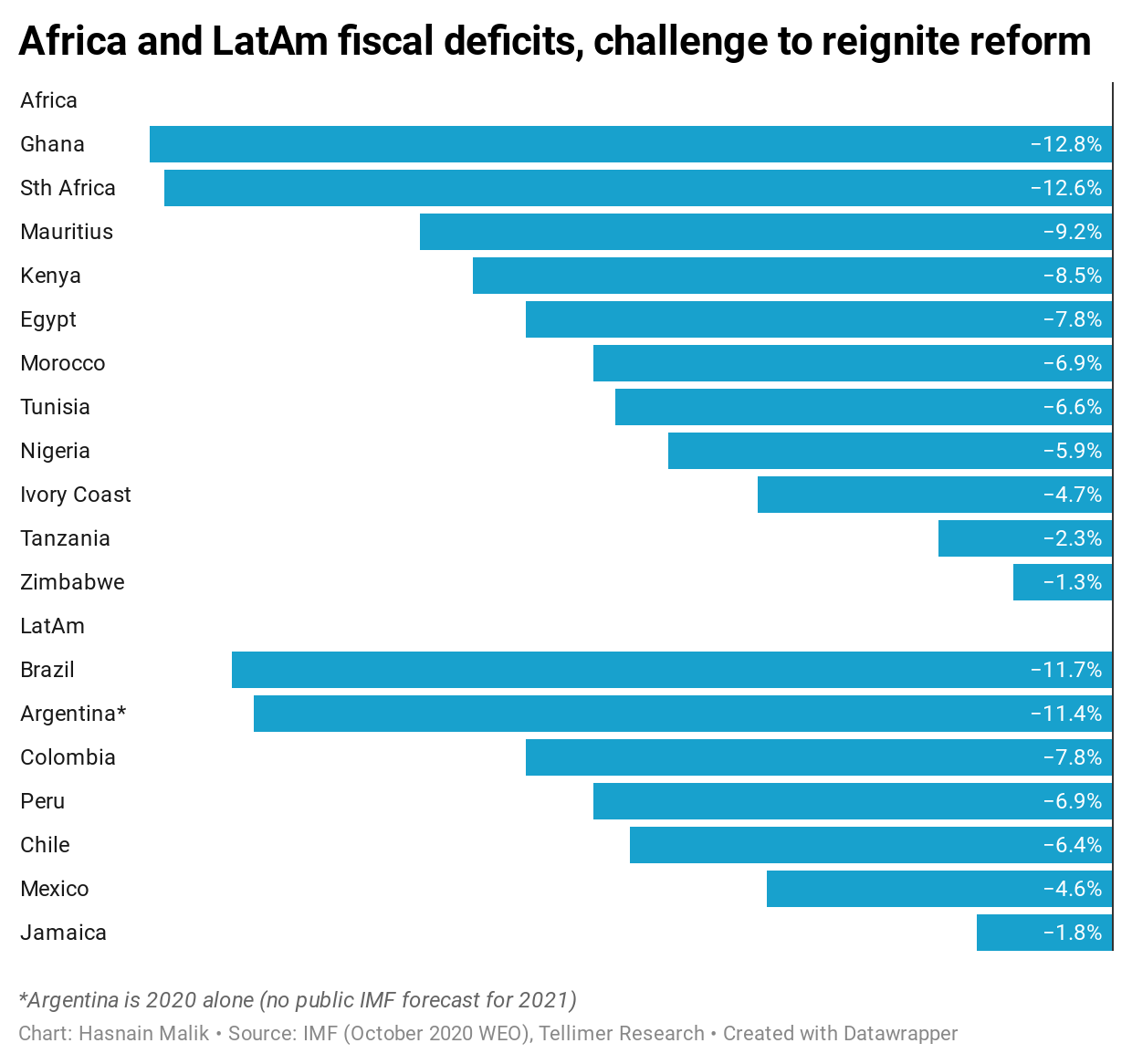 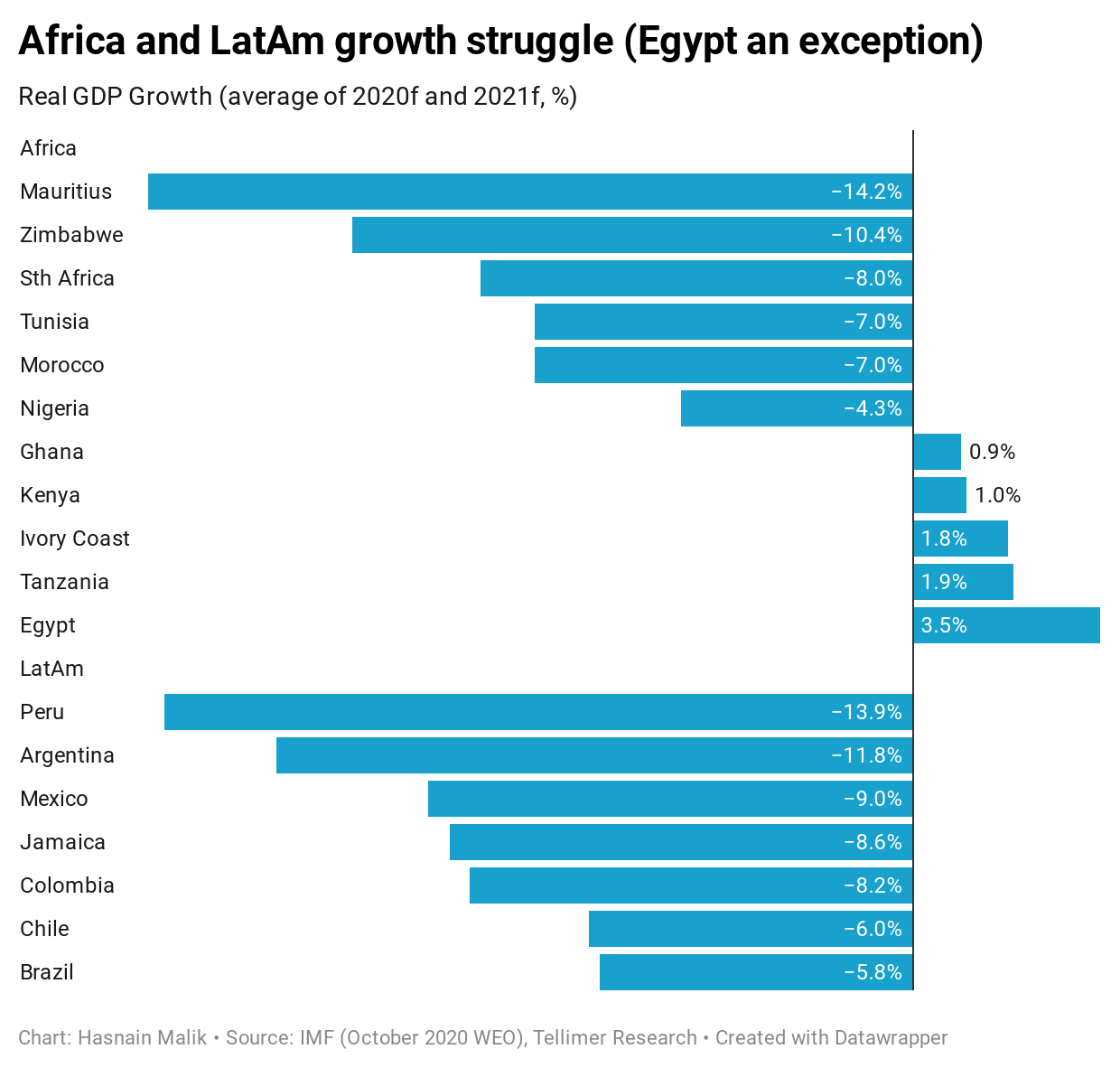 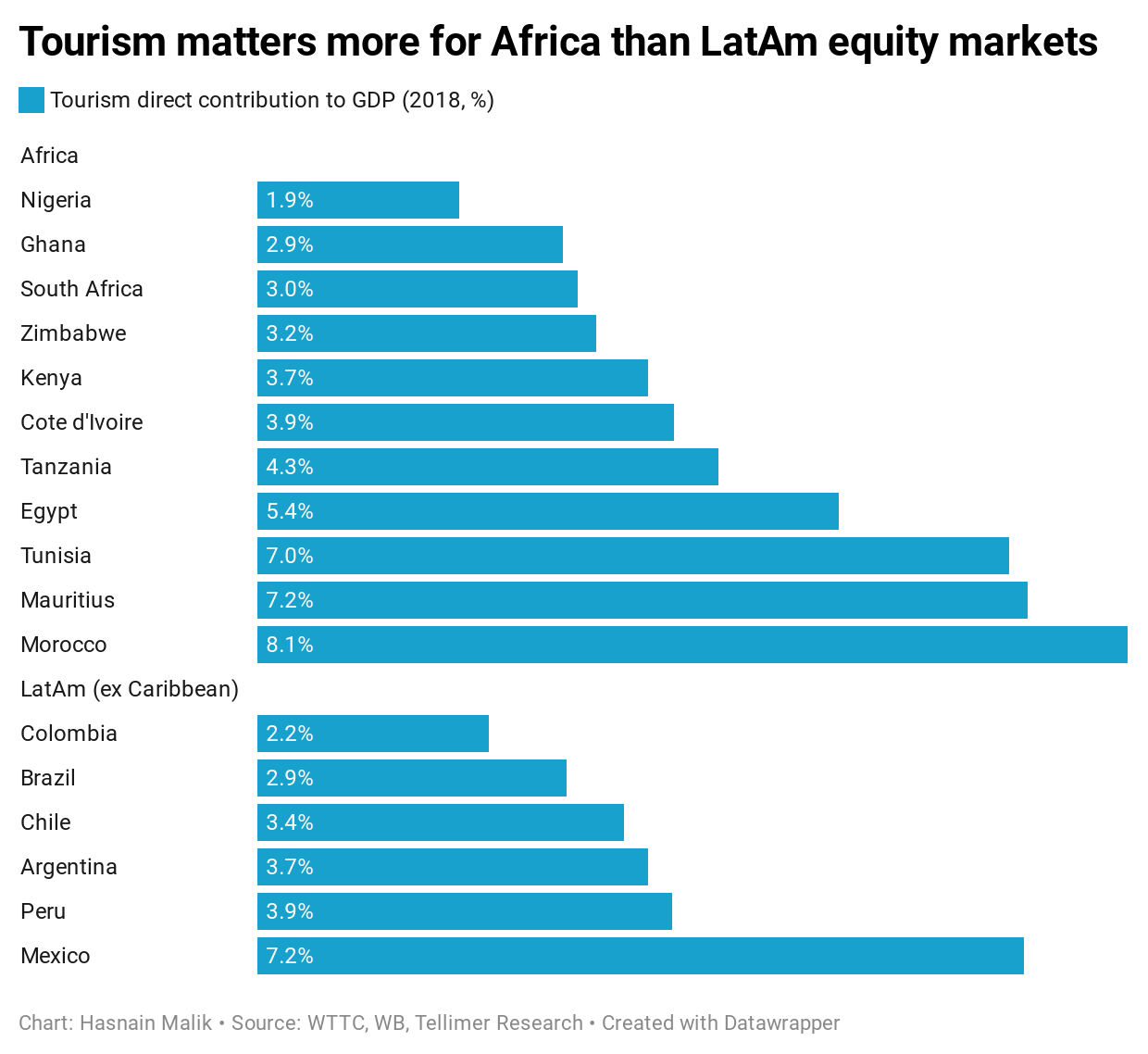 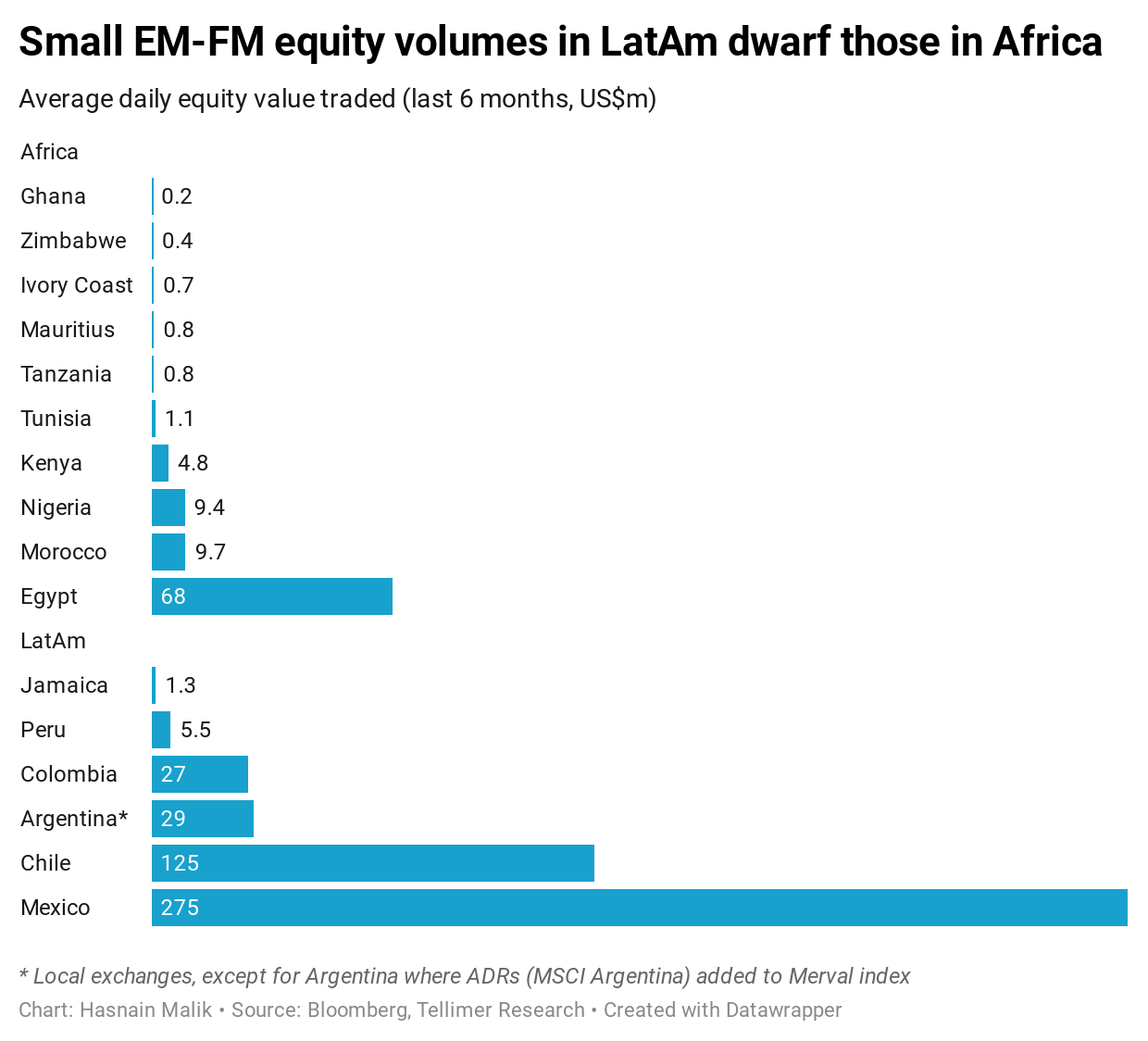 Within Africa, Egypt and Mauritius our top picks

Fundamentally, Africa equities, top-down, are less appealing than those in the smaller Asia markets, because there is generally less structural reform and a less clear path to job-creating, manufacturing exports.

But within the region, Egypt still offers the best mix of cheap value (c25% discount to 5-year average PB and PE), growth, orthodox policy, currency stability, and stable domestic politics. The Army is still too dominant commercially, economic growth is not keeping pace with that of the labour force, and there is long-term vulnerability to water scarcity. But Egypt is attractive relative to its continental peers.

In addition to Egypt, we also highlight Mauritius because of its high exposure to the Tourism sector, where recovery globally should ultimately follow Covid-19 vaccine deployment, and very cheap valuation relative to history.